The day after the Dalby World Cup, many teams and riders made the long trek down from the north of England to the outskirts of London for an opportunity to try out the Olympic cross-country course for next year.

The circuit is located in the town of Hadleigh, approximately one hour east of London, overlooking the Thames River Estuary.  It is wide open, rolling terrain, and the course is completely man-made.  Organizers have built a roughly five kilometre circuit that sends the riders up and down the rolling hills multiple times, and have constructed a number of rock garden sections dotted through the circuit.  Most of the surface is crushed gravel, with a few grass and hardpacked dirt sections.  It should hold up well in both wet and dry conditions.  It will be very spectator and TV friendly, with large sections viewable from a single vantage point.

To run through the circuit in detail: 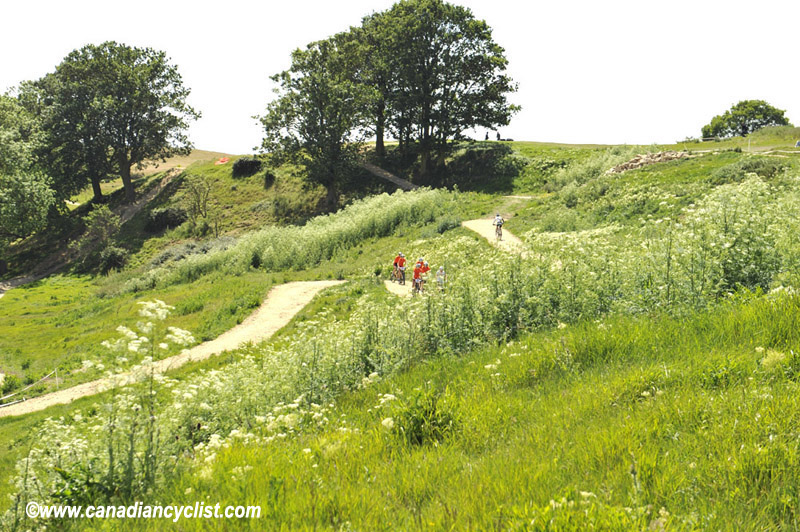 After a start loop, there is a double track switchback climb into a rock garden descent (three route options).  Riders then climb along a ridge and hit another rock garden descent after a small section of wooded single track.  Another short uphill traverse to a wooden ramp desecent with two options - one a jump over some rocks. 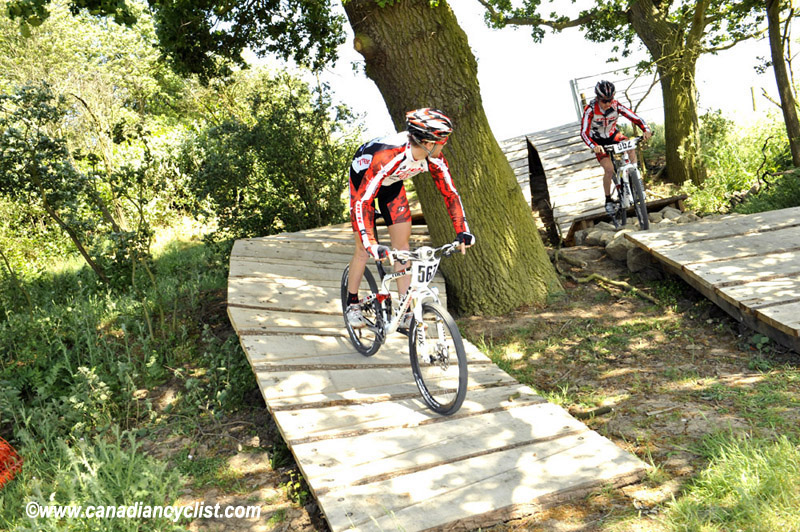 From here there is a fast downhill through an open meadow, into a single/double track slight downhill through a wooded section.  They make a left and go up a short gravel climb, traverse across the base of another climb and hit a small uphill rock garden before a longer switchback climb to the highest point of the circuit.

From the top there is a sweeping descent into a steep rock dropoff, over a bridge and continue descending into the first pass through the tech zone.  From the Tech Zone they loop back under the bridge and then climb back up to the highest point. 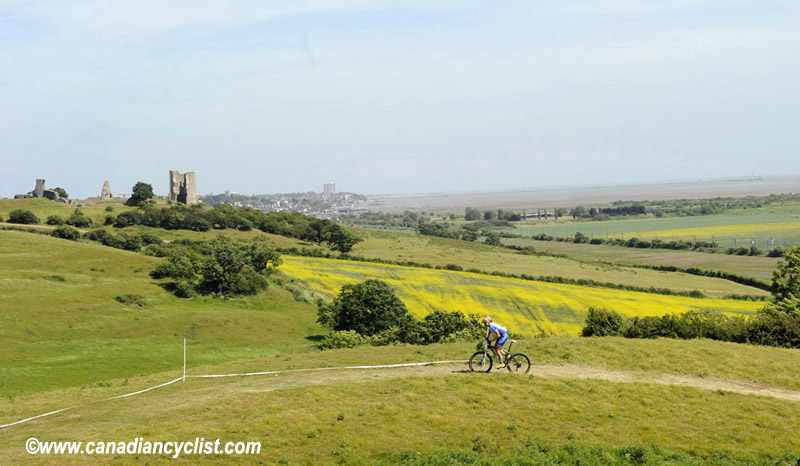 Once again, they drop down, with a steep rocky dropoff and then some tight switchback descending to the lowest point of the course.  They traverse across to the longest straight climb (not too steep), and at the top of that head back down through some fast and fun bermed turns, which takes them back through the Tech Zone for a second pass.  From here there is another switchback climb and one last steep chute drop into the finishing circuit.

Reviews are mixed from the riders.  Most agree that it will be very good for spectators and TV, but there are concerns that there are no sustained technical sections or hard steep climbs to break things up.  At race pace, it will be a very short lap, possibly as little as 13 minutes for the men, which will mean lots of laps.

2008 Olympic silver medalist Nino Schurter (Scott-Swisspower) says that there is too much recovery sections, and they need to take out some of the switchbacks.  Catharine Pendrel (Luna) also says that it is not a really hard circuit (which she would like), but points out that not all courses have to be super hard.

On the test day it was extremely windy - enough to blow some smaller women off their bikes - and if that is the case at the Games, it will also play a factor.  However, it needs to be pointed out that this is merely the first pass through by the riders.  There will be a formal test event at the end of July, and at that time organizers will take note of all feedback, and will make more adjustments to the circuit.