On April 17, 2011 Zaden Hickman, our 9yr old, decided he wanted to ride with his dad in the 60km Paris to Ancaster. We hesitated at first because of his age and small frame but he was determined to do it.

The day of the race there was so much snow,  we could hardly see the roads as we drove to the race start. The weather was constantly changing but the race was still on.

The second heat started at 10:30am and Zaden had the biggest smile as they announced his name for being the youngest to ride in the 60km and he felt like he was one of the big dudes. (there was at least 500 riders in his heat).

I was nervous given the cold weather and the number of people entered. He reassured me he was fine and 'pumped'. He gave me a kiss and said bye mom I love you and I will see you at the finish line.

My heart was aching but I had to let him go, it was what he wanted.

My two younger kids and I waited in the cold at the finish for 5 hours. I was afraid to leave just in case I had missed that special moment. As the time dragged by I started to panic because the weather was getting worse and so many people had finished already.  There were so many finishing who reported losing tires, shoes or even the desire to finish.

The weather delivered rain, high winds, snow, hail, sleet and deep mud for (what seemed like) hours. At one point I didn't care if they finished I just wanted them to be safe and in my arms.

Then the race was coming to an end. My Zaden and his amazing dad (who was riding his single speed bike) were crossing the finish line. I screamed so loud people thought I have gone mad. 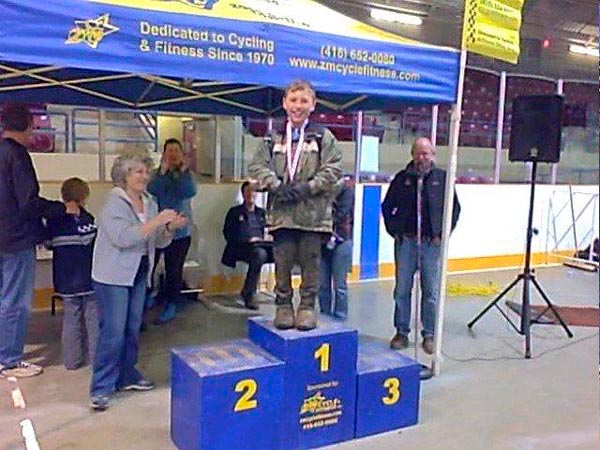 Zaden on the podium

Zaden was given a medal for first place in the 60km under 10 years of age category. A moment and day we will never forget.

In my world every single person in the Paris Ancaster race was a hero.

Zaden's hero is his dad  (David Hickman). He open's the doors and challenges him in so many ways regardless of his age. Because of his dad, Zaden is involved in track cycling in London Ontario, and speed skating in Cambridge Ontario, and started playing chess when he was 3 years of age.

Zaden is a kid that always smiles even when he gets hurt. He never gives up, has a heart of gold and will always be there to lend a hand. He is a straight A student at Brisbane school, who is involved in so many sports and one of the best chess players in the school. 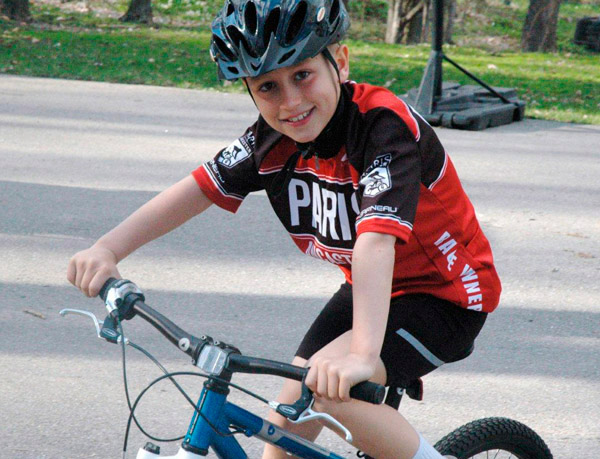 Most of all he is an amazing son who always makes his family so proud.

I hope that Zaden's accomplishments will give other kids his age and younger courage to follow their dreams and to not be afraid to try new things.