One of Canada's top Under-23 men is out of action after breaking his right collarbone during training on the Offenburg World Cup course.  Antoine Caron, who moved from the Junior to U23 ranks this season, is in Europe on a National team project, and was scheduled to race Offenburg today (Saturday), one week after finishing 49th at the Dalby Forest race (he started 74th - on the last row - at Dalby). 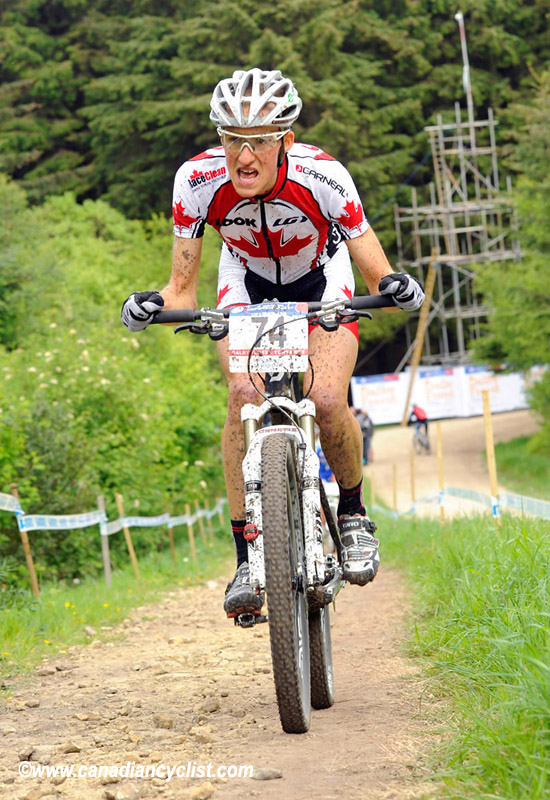 "It is fully broken," said Caron.  "We had it x-rayed here in Offenburg and it is strapped up.  But it is swollen so I need to have it checked when I get home and there may be surgery.  I hope I will be back in time for Nationals (in seven weeks)."

This will leave Canada with two starters in today's five lap Under-23 men's race - Francis Morin (BH-Suntour-Peisey Vallandry) in 62nd on the start grid and Evan McNeely (Team Canada) in 112th.

below: Canadians take advantage of free wifi to go online.  Caron (left) is strapped up for a broken collarbone 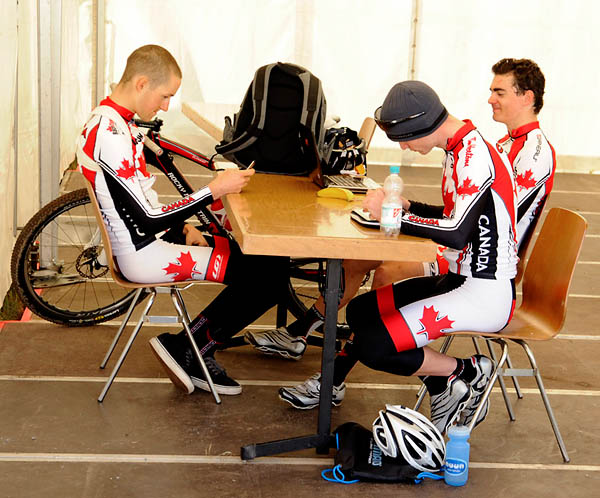