Report by Team BC rider Jessica Hannah
Today the three of us, Jasmin (Glaesser), Jenny (Lehmann) and me, Jess, lined up with our new team mates, Claire Thomas, Nancy Arreola and Brit Jochem from Horizon Fitness to race for Cycling BC at the 122 km UCI 1.2  Verti Advies 7-Dorpenomloop Aalburg Race in Holland. 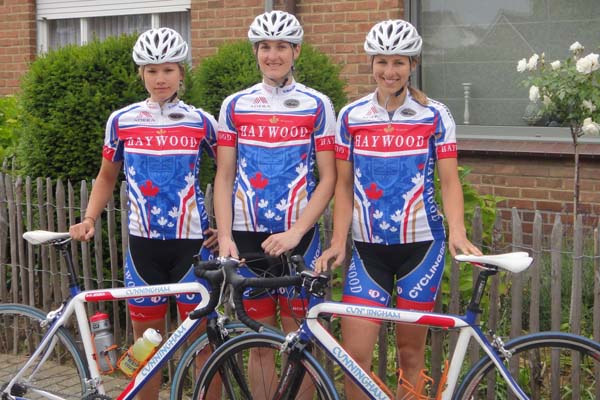 It was the biggest race I have ever done and most of the best women’s teams in the world were present.  In total there were 28 teams and over 150 racers at the start line including HTC Columbia, AA Drink, Nederland Bloeit, Skil Koga, Australian National Team, Topsport Vllanderen and Garmin Cervelo.

We had some great help from Jeremy, Ronnie and Gregg as well as Brit’s Dad.  I certainly had some stress on the starting line. I don't feel comfortable in big packs at the best of times!

It was overcast and windy, even windy for Holland or so I heard.  I think people who live with weather conditions (like that( are sometimes in denial. But I will vouch for the wind being strong and a huge factor in the peleton splitting early in the race, probably in the first 10km of the 120km race.

Team BC and Staff for Verti Advies 7-Dorpenomloop Aalburg

Jenny and Jasmin, along with Claire and Brit had good position right off the start. It was a challenge to find the flow of the race, between the large pack, narrowing roads and barriers and a couple bad crashes. I kept working my way up the pack, as riders were dropped from the pack I kept trying to bridge. I think for the first 30 km lap the chase pack that I ended up in along with Jasmin was in sight of the lead group, although I am pretty sure that even was broken up into 4 groups by the end.

Less than 70 riders finished the race. Jasmin had a mechanical  on the second big lap and was unable to find neutral support so had to roll it in at the end of the big laps. Claire rode really well up in the front packs and made it to the finishing laps with her group sprinting with one short lap remaining. I think Brit, Nancy and Jenny were victim to large gaps or crashes holding them up. Though I will say all of us stayed out of the crashes.  The chase pack I was in was pulled at just around 90km, before the short finishing loops. It was one of the fastest, most aggressive and challenging races for me.  I liked Holland, it was a neat place to see for the first time.

Thank you again to all the people here supporting us and all the sponsors involved in this project who helped make this trip possible. We are gaining some experience we would never get anywhere in North America with some of the best riders in the sport.

Next up is a local Belgian race Sunday and then another UCI 1.2 race in Belgium on June 2. 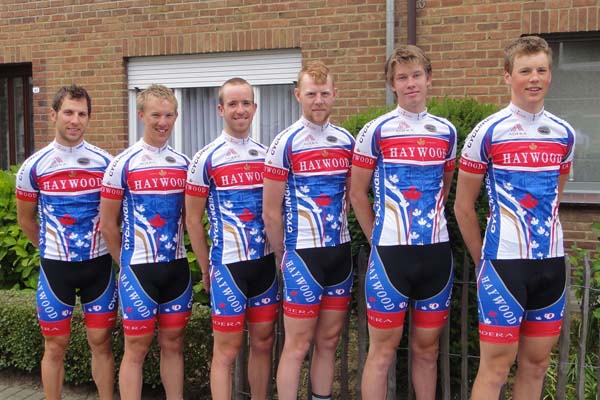