All Gravity Weekend at "Fort Bill"

The Gravity disciplines take center stage this weekend, as the Cross-country Mountain Bike World Cup now steps aside for the Downhill and 4-Cross events to resume this weekend in Fort William, Scotland.

This year, Fort William is celebrating its tenth anniversary as a World Cup/World Championships venue, and it continues to be a favourite of the riders.  The stunning vistas on the face of Aonach Mor, the ninth highest mountain in the United Kingdom, and the passion of the Scottish fans make this an event that is truly special.

Fort William was the location of the first-ever World Cup 4-Cross, and it continues to attract some of the biggest crowds on the circuit.  After qualifying on Friday evening, the Finals take place the next night.  The track is been rebuilt for this tenth anniversary event.  Most of the jumps and straightaways have been modified, so riders will have to relearn the best lines.

Anneke Beerten (Milka-Trek) holds the leader's jersey in the women's series after round one in Pietermaritzburg, South Africa, but second ranked Fionn Griffiths (Team GR) is racing before a home crowd, which is sure to provide extra motivation.  The women's race has 19 starters - double the usual number.  Former world champion Melissa Buhl is the only North American starter for the women.

The Fort William Downhill is one of the longest and most physically demanding on the circuit.  Besides the fitness required for all the pedalling sections, there are new jumps this year that the riders must master, including a huge road jump into a steep drop.  The Scottish Highlands weather often plays a factor as well, with riders going from cold, driving rain and gusty wind at the top, to sunshine at the bottom.  For the World Cup Final on Sunday, the rain and clouds that have made training in the early part of the week miserable have lifted, and the prediction is for sun and blue skies on the weekend. 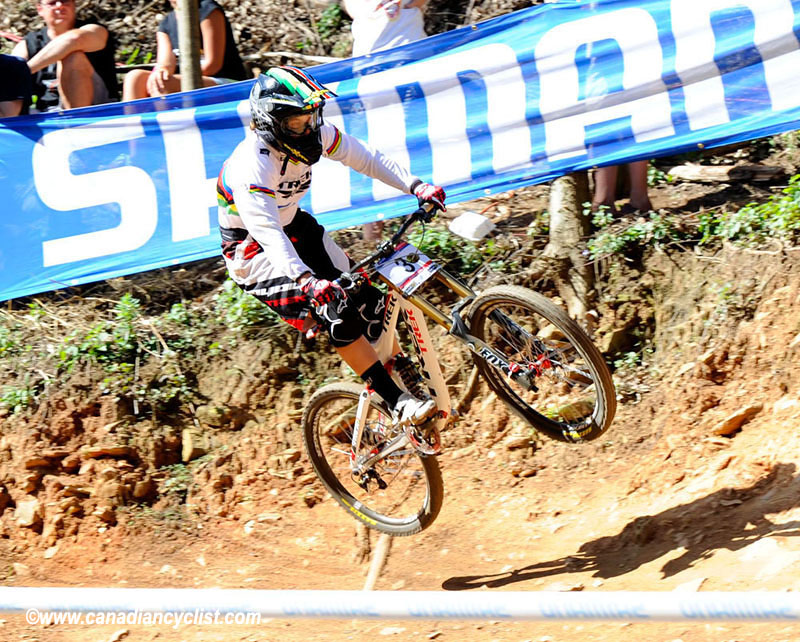 World champion Tracy Moseley (Trek World Racing) traded her rainbow stripes for the World Cup leader's jersey in round one of the women's Downhill, and she has a history of doing well in Fort William, on her 'home' course.  However, the 40 rider women's field has impressive depth, and she will have to overcome challenges from Fionn Griffiths and Emmeline Ragot of Team GR, and Sabrina Jonnier (Maxxis-Rocky Mountain).  Also returning to action will be former champion Rachel Atherton (Commencal), who skipped the opening round to recover fully from injuries suffered last season.  American Jacqueline Harmony is the top seeded North American, in 12th place, followed by Canada's Micayla Gatto in 18th.    Former 4-Cross world and World Cup champion Jill Kintner, the current U.S. Downhill champion will also race the Downhill.

An impressive 185 men will start the qualifier in Fort William, to be whittled down to 80 for the Final.  The first round of the men's World Cup saw Aaron Gwin (Trek World Racing) become the first American in many years to don the leader's jersey, beating out Greg Minnaar (Santa Cruz Syndicate) by less than a quarter of a second.  Gwin will also face pressure from former Fort William winners Gee Atherton (Commencal) and Steve Peat (Santa Cruz Syndicate), as well as the return from injury of Fabien Barel (Mondraker) and Dan Atherton (Commencal). 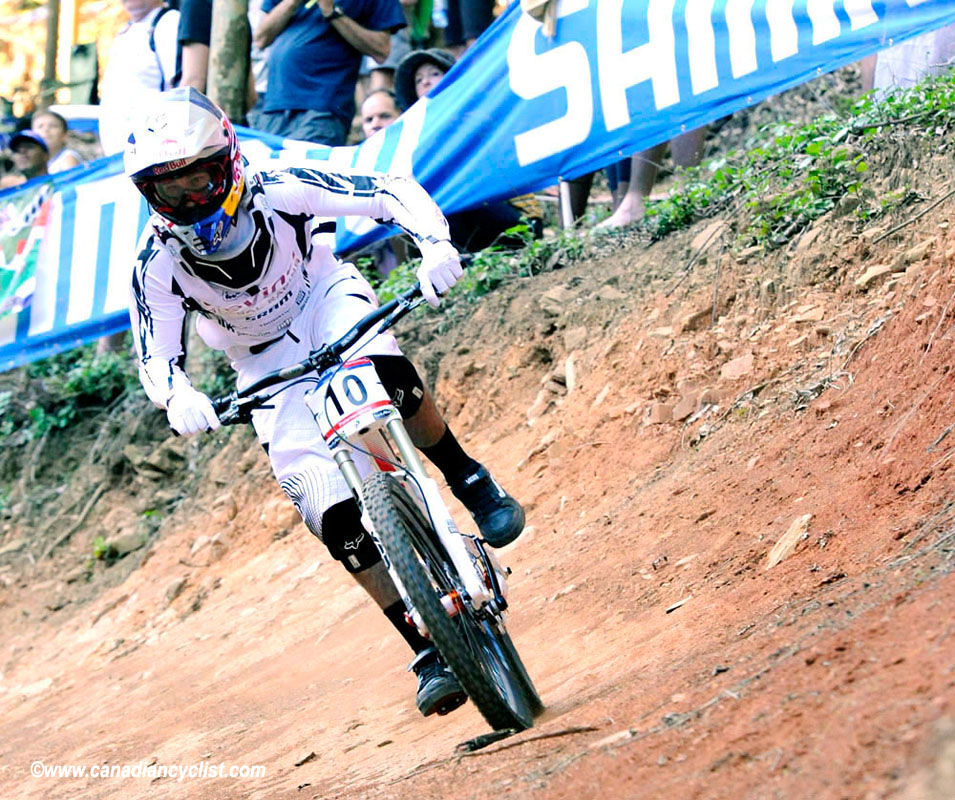 Canada's Steve Smith (Devinci) missed the podium in Pietermaritzburg by one spot, and just over a tenth of a second.  He will certainly be looking to improve on that here.  Also sure to be a strong contender is the Australian world champion Sam Hill (Monster Energy/Specialized/Mad Catz) after finishing seventh in the first round.  One rider who will be missing is Australia's Bryn Atkinson (Transition Racing), who is out with a broken arm and femur after crashing in practice at the Plattekill Pro GRT race last month.