World Cup moves to Austria for Round Three

One week after racing in the Scottish Highlands at Fort William, the Gravity events for the Mountain Bike World Cup move to Leogang, Austria for round three.  The Gravity events are returning to Leogang for the second straight year, and this year also acts as a trial run for next year's world championships.

The 412 riders from 31 nations have already arrived, to prepare for the start of competition.  The 450 metre 4 Cross track was designed by World Cup pro Guido Tschugg, and features enough obstacles to challenge any rider.  After a stepdown from the start gate and two sweeping banked curves, the riders hit a series of jumps, followed by a rock garden and wooden bridge, before a final corner and the sprint to the finish line. 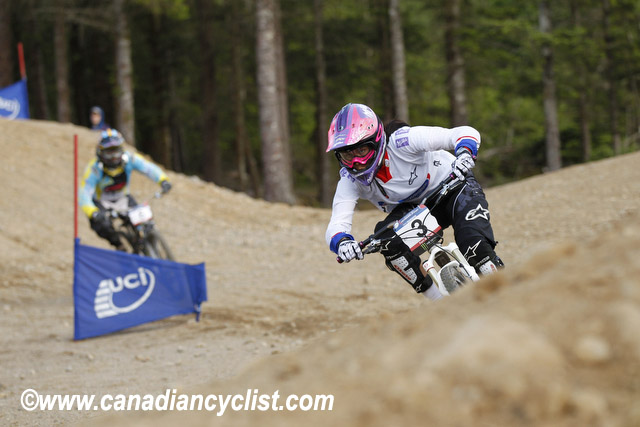 Anneke Beerten (Milka-Trek) is the overwhelming favourite for the women's race, coming off two straight wins, although 2010 world championship bronze medallist Romana Labounkova from the Czech Republic won qualifying by an ultra slim margin of nine-thousandths of a second. 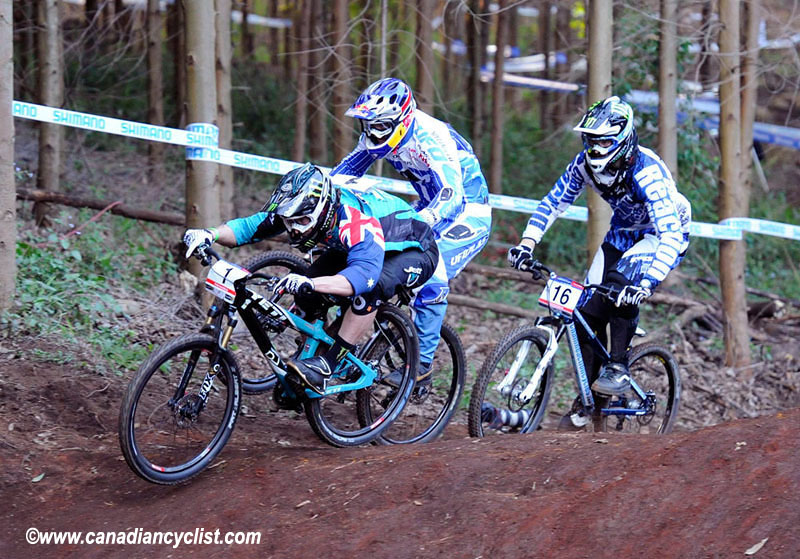 Men's World Cup leader Jared Graves (Yeti Fox Shox) is always a favourite, however, he showed in Fort William that he is not unbeatable, with last week's winner racer Roger Rinderknecht able to capitalize on Graves' mistakes to move to within 25 points of the lead.  Another Swiss rider, David Graf, is tied with Rinderknecht, and former World Cup champion Michal Prokop is only ten points further back.  In qualifying, Graves once again took the lead, finishing a third of a second in front of former world Cup champion Michal Prokop.

The Downhill course drops 524 metres in just 2.6 kilometres, for an average of 20%, making this one of the steeper runs on the World Cup circuit.  After traversing the side of the mountain out of the start gate, the riders drop straight down for nearly a third of the course before another traverse back across the ski slope and into a long technical wooded section full of roots and mud.  Riders are commenting that the track is more groomed and bikepark-style, with some of the natural terrain dumbed down.  This course will require both strong technical skills and power to do well. 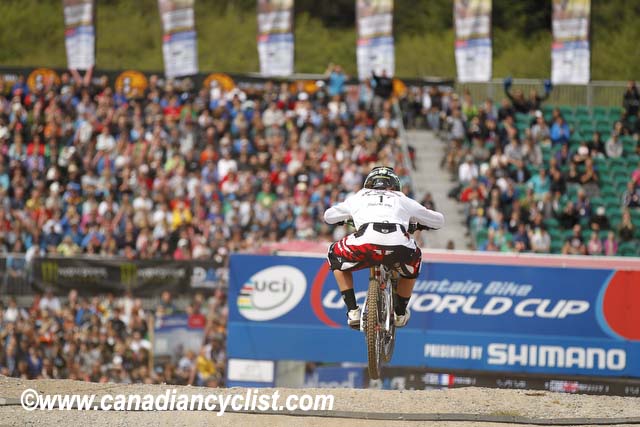 World champion Tracy Moseley (Trek World Racing) is having a strong start to the season, with two straight victories giving her a commanding lead in the World Cup standings over Floriane Pugin (Scott 11).  However, Moseley's countrywoman and fierce rival Rachel Atherton (Commencal) returned to competition at Fort William and, while finishing second to Moseley in the final, beat her in the qualification round. 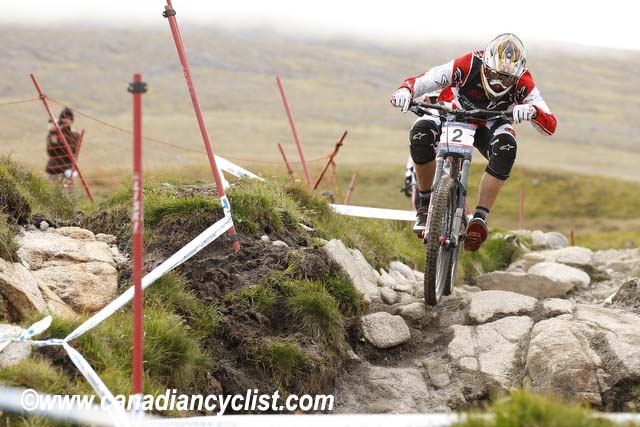 The men's competition is much closer than the women.  Defending World Cup champion Greg Minnaar (Santa Cruz Syndicate) took over the lead in the standings by winning last weekend, but round one winner Aaron Gwin (Trek World Racing) is only 47 points back.  It will also be interesting to see if the two young newcomers to the podium last week - Danny Hart (Giant) and Brook MacDonald (MS Evil) can repeat their breakthrough performances again.  One other rider to watch out for if it gets sloppy - world champion Sam Hill (Monster Energy-Specialized-Mad Catz).