The 26th edition of the Tour de Beauce concluded with a dramatic effort by SpiderTech to upset the standings that nearly succeeded.  Svein Tuft, after animating a breakaway for most of the 125 kilometre stage in St-Georges, then attacked in the final kilometres to take his second stage win and jump from sixth to third in the overall classification.  Francisco Mancebo (RealCyclist.com) fought back from a mid-race situation that saw him lose the lead on the road to win the overall title, plus the Points jersey. 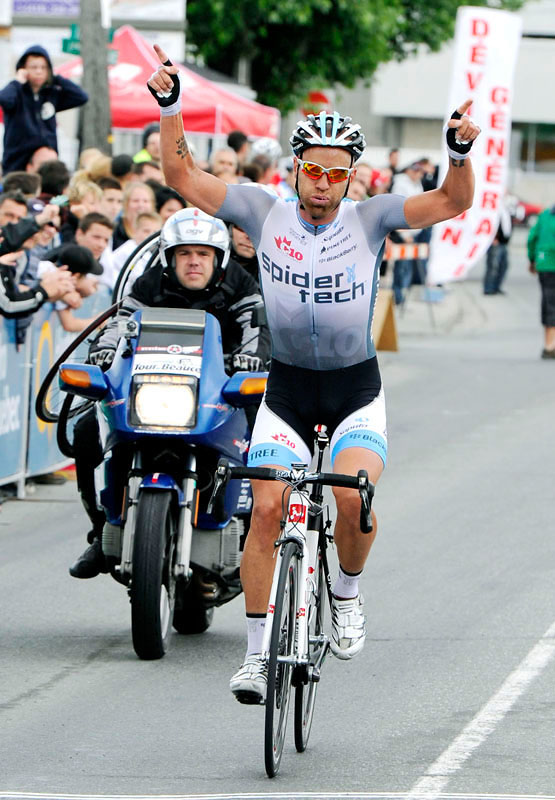 SpiderTech had said going into the stage that they were going to continue the attacks that they had initiated in stage five, and they did from the opening lap, with Frank Parisien going on the opening climb.  The goal was to wear down the team of Mancebo, and that they did, as the Spaniard was left with only one team mate to pace him on the climbs by mid-race.

"We knew we had to isolate Mancebo, and so we were just hitting him with everything we had from lap one," commented Tuft

After Parisien was brought back, McCarty tried, and then it was the turn of the big gun - Tuft.  On the third lap Tuft went clear with Alex Howes (Chipotle), Bernard Sulzberger (V Australia) and Philipp Mamos (Amore & Vita).  Mamos was sitting on, with his team mate Bernardo Colex in second on GC, but the other three fully committed to the attack, and quickly opened a 20 second gap.

A lap later and they were almost a minute up, and RealCyclist.com appeared to be in real trouble, with everyone except Thomas rabou unable to contribute much to the effort on the climb.  Tuft was 1:18 down on Mancebo at the start of the day, but Howes was sitting in third, at 1:11, so he was working just as hard.

By the end of lap four the gap was 90 seconds, and Howes was the leader on the road.  The gap continued to grow slowly, hitting 1:50 by the sixth lap, and it was starting to look like there was a real danger that the standings could be upset.

However, Colex's Amore & Vita squad sent Vladislav Borisov to the front for a lap, and Rabou was doing tremendous work on behalf of his leader.  The gap started to fall by the eighth lap, and then Mancebo began surging as well on the climb, quickly bringing the lead down to below a minute, and then catching the front group over the top of the climb.

A larger group of approximately 35 reformed on the ninth time up the climb, with King part of it.  McCarty tried another dig for SpiderTech, but was brought back by the combined efforts of Colex and Mancebo.  UnitedHealthcare, with sprinter Andrew Pinfold still in the group, looked to be in the best position for a sprint finish, but then Tuft unleashed one last effort on the final descent, before the three kilometre flat run into the finish.

"I had Pat there when we were caught, and he immediately attacked," explained Tuft.  "That was key, because it forced them to keep working, and I could recover over the climb and think about how could I try and win the race?  I had a bit of luck and some good timing when i hit them at the top part of the course, right before the descent.  I'm a bigger guy, so I can use that on the downhills and get that gap.  From that point it was just headwind all the way into the finish, and I got a good suffer on there.  It just ended up panning out."

Tuft's 18 second winning margin, plus the time bonus, was enough to jump him over Howes, King and Gaimon for the final podium spot.

"The was undoubtedly one of the toughest days of racing I have ever done at Beauce," commented Tuft.  "I just wanted to go for the stage win; I didn't even think about [the top three overall].  I'm pretty proud of this one [stage win].  I rode with the intent of just flogging myself today.  When you ride with that mentality, it's kind of cool, it's a satisfying feeling."

- SpiderTech also took the Team GC title, and finished Beauce with two wins, a third (Parisien on stage one) and a second (Boily on stage five).  despite not winningthe overall title, Tuft was pretty pleased with the team performance.  "We came here with the intention of winning the overall, but what we came away with is not so bad.  We were active every day, forcing the race ... I'm really proud of the guys, the whole team rode unbelievably well."  We will be posting an extended interview with Svein Tuft separately.

- Scott Lyttle (Pure Black) secured the Climber's Jersey, while Howes held onto the Best Young Rider spot, and Mancebo took both the Yellow and Points Jerseys.

- Out of 108 starters on stage one, 45 were classified in the final standings. 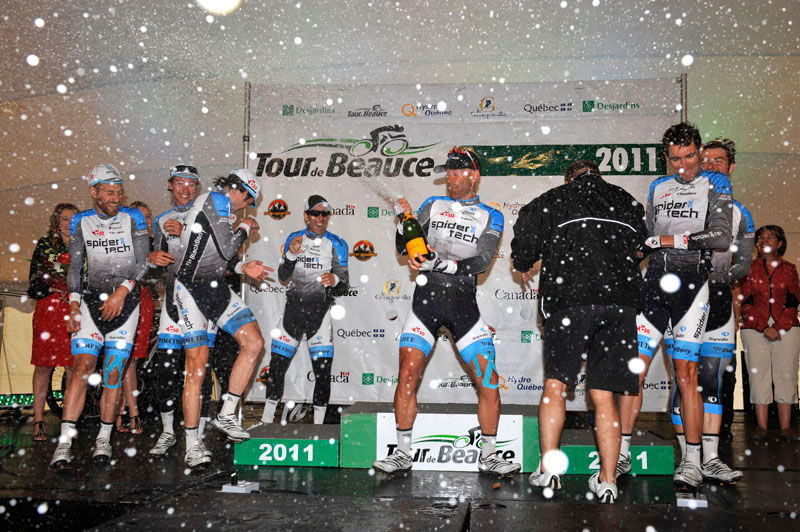