The 2011 Canadian Cross-country National Championships look to be one of the most hotly contested in recent years, with battles for the top step of the podium in both the Elite men's and women's events on Saturday.

Returning to Canmore, Alberta, for the second straight year, the course has been reworked extensively, and is drawing praise from riders, following last year's less well received circuit.  The 6.8 kilometre circuit features two climbs per lap, instead of the single one that dominated last year.  It also includes more technical sections, and keeps the flowy singletrack that was the one feature drawing praise last year.  Each race will begin with a long 1.5 kilometre start loop that will break the field up.  the Elite men are scheduled for six laps, Under-23 men for five, the Elite women four and the Under-23 women three.  Each category will also do a start loop.

Currently, the course is dry and dusty, but there were some raindrops this afternoon, and a strong, cool wind blowing through the valley between the mountains.  The Canmore venue, site of the 1988 Olympic cross-country skiing events, remains as spectacular as ever, with a backdrop of the Kananaskis Country mountains leading into the Banff National Park.

Entries in the championship categories - Elite, Under-23, Junior and Under-17 - are down slightly from last year, but all of the top riders are in attendance. 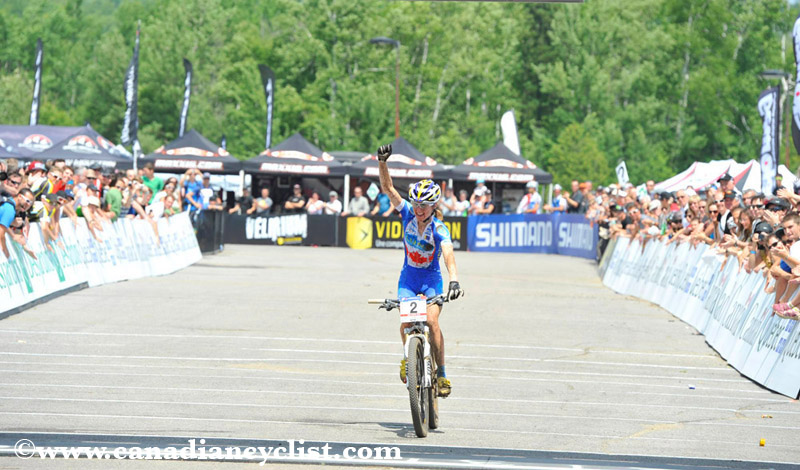 In the Elite Women's field, defending champion Catharine Pendrel (Luna) is the clear favourite.  Currently sitting second in the World Cup standings, with a first and second in the two World Cups contested in the past two weekends, Pendrel, is at the top of her game.  However, six-time champion Marie-Helene Premont (Maxxis-Rocky Mountain) is rapidly returning to the form that has seen her win more women's titles then anyone but the legendary Alison Sydor (who won seven).  Premont has been on the podium in the last three World Cups, and came very close to catching Pendrel and World Cup leader Julie Bresset (BH-Suntour-Peisey Vallandry) at last week's World Cup in Windham, New York. 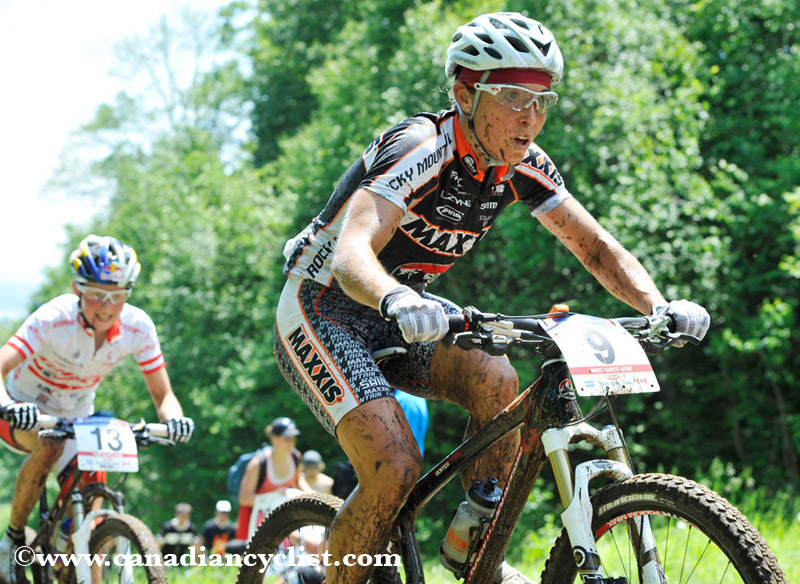 One other rider who will be battling for at least a silver is Emily Batty (Subaru-Trek).  Batty is in her first year of Elite competition, and had a career-high seventh place at the Mont Ste Anne World Cup.  She was only 31 seconds off the podium there so, while a long shot, could surprise. 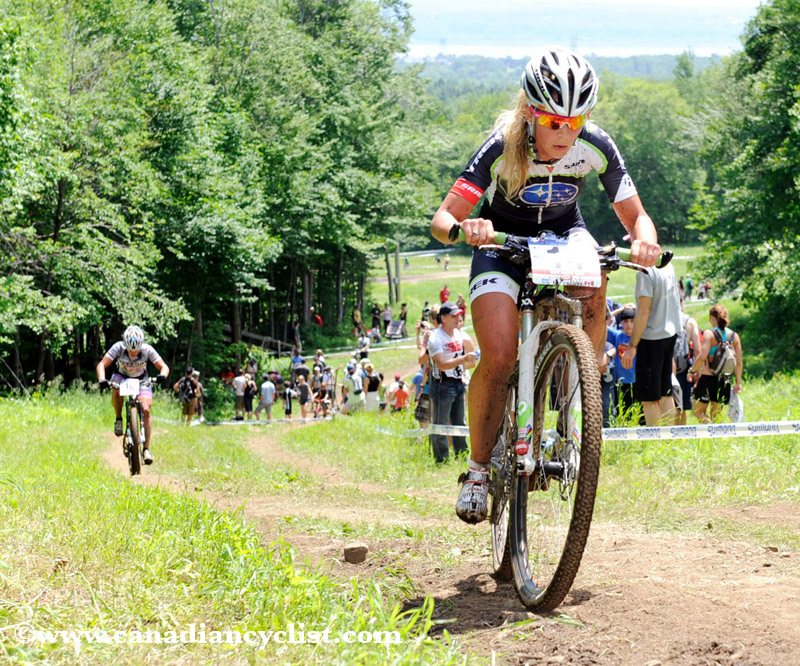 In the Under-23 women, Mikaela Kofman (3 Rox Racing) is the clear favourite, currently sitting tenth in the World Cup rankings for her category, although Andreanne Pichette (Equipe Quebec) could provide an upset. 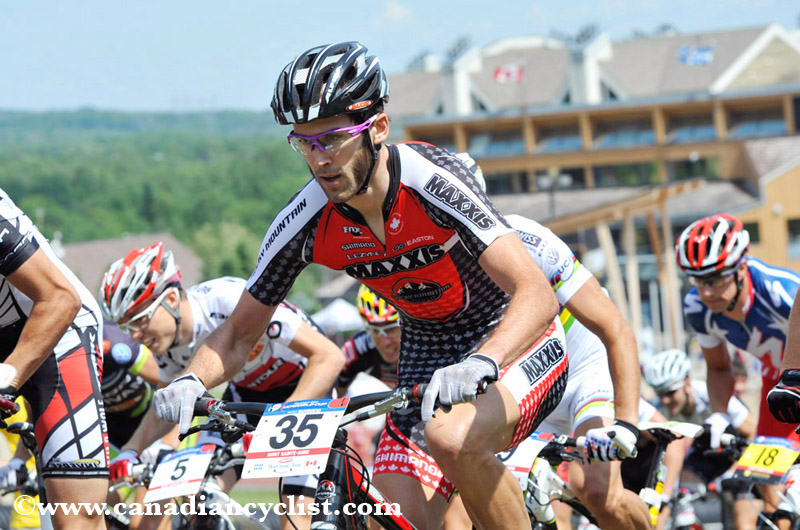 In the men's Elite race, defending champion Geoff Kabush (Maxxis-Rocky Mountain) will go for a record eighth title.  Kabush has been pushed in the past few years by Max Plaxton (Specialized).  Plaxton has been on fire this year on the U.S. Pro XCT circuit, however, Kabush has been competing on the tougher World Cup circuit.  When the two have met on U.S. soil, Plaxton has been the victor, but Kabush is coming off a very strong seventh place at the Mont Ste Anne World Cup two weekends ago.  He was also riding in the top-ten last weekend until mechanicals knocked him out of contention.  Plaxton skipped the two North American World Cups to focus on training for Nationals.  Derek Zandstra (3 Rox Racing) should also be in the running for a podium spot, although he has been struggling since coming back from a strong European spring World Cup campaign, which saw him reach 25th in the overall rankings.

"This is going to come down to whoever has the legs on the day," stated Kabush.  "Max is riding really well, and he should still have good form after training and resting for the last couple of weeks."

The Under-23 men's competition should be between Evan McNeely (Team BC) and Leandre Bouchard (Equipe Quebec).  Each has a top-ten World Cup finish in the past two weeks.  Former champion Evan Guthrie (Team BC) continues his comeback from illness, but still doesn't quite seem to have the endurance to stay with the other two.

- On Sunday, the Team Relay will take place, re-introduced to the Nationals.  There are some 15 squads entered for this event, should it should be an exciting race.

- Taking place between the Junior and Elite/U23 women's races tomorrow will be the Little Ziggy kids race, with over 100 contestants signed up.