The test event for the Olympic Mountain Bike races proved to be a stunning success, with the small but select fields putting on an exciting show for some 4000-plus spectators.  Catharine Pendrel (Canada) and Julien Absalon (France) proved to be the strongest riders on the day, taking solo victories in the women's and men's races, respectively.

After cool weather earlier in the week, race day dawned sunny, and the wide-open venue heated up quickly, with the heat becoming a significant factor in the latter laps of the races.

Pendrel and World Cup leader Julie Bresset (France) broke away on the first lap of the women's race, as they have done at almost every World Cup this season.  They were joined part way through the first lap (of six) by Pendrel's Luna team mate Georgia Gould (USA).  Behind, Elisabeth Osl (Austria), Eva Lechner (Italy) and Nathalie Schneitter (Switzerland) battled for fourth, but were never in medal contention.

Pendrel attacked at the midpoint of the race, gaining 11 seconds by the time she started the fourth lap.  Behind, Gould was marking Bresset, and when the French rider made no move to chase, Gould dropped her and soloed up to Pendrel.  The North American pair rode together until the last half lap, when a crash in a loose, gravel corner knocked Gould out of contention.  Pendrel soloed in 56 seconds ahead of Gould, with Bresset at 1:32. 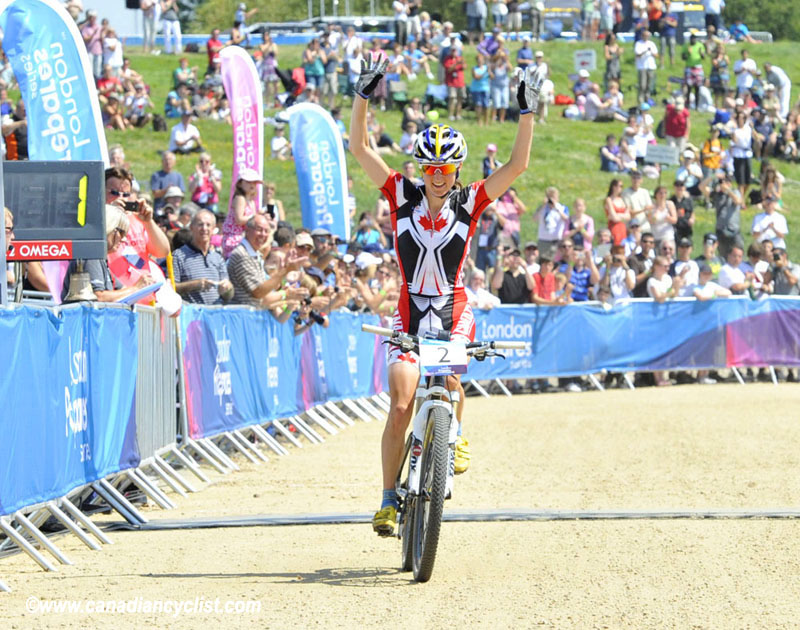 "You appreciate the hardness of the climbs in race conditions," commented Pendrel.  "I think it races well; it's a hard course, a fast course, I think it's anyone's course.  A lot of the Europeans were training through this, I think, preparing for the European championships next week, so this result is not indicative of what we will see next year." 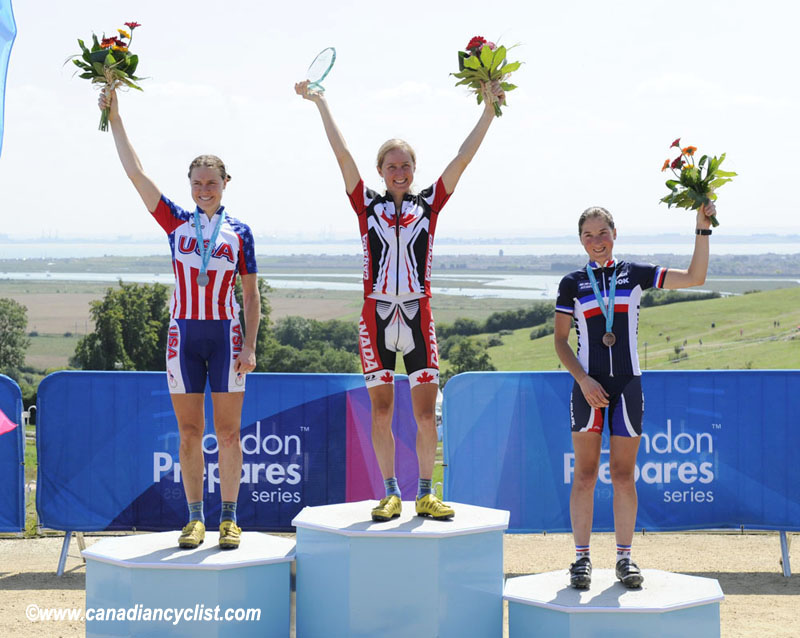 Gould was clearly pleased with her result, despite her crash. "I was following [Catharine Pendrel] a bit too closely through a big left hand turn and I completely washed out and full on slid on my hip for a long time.  It was enough to give her that gap, and then I had to nurse it in because my brake lever broke and I had no rear brake.  I was surprised at how tactical it was; there was never any section long enough that someone good at it could create an uncloseable gap, so I think it is a really exciting course."

The men's race was expected to be a show down between Absalon and World Cup leader Jaroslav Kulhavy (Czech Republic), who has won four of the five World Cups contested so far this season - Absalon won the other one.  Absalon skipped the last two World Cups to concentrate on training for his attempt for a fifth world title, so his form was unknown.

It quickly became clear the two-time Olympic champion was in excellent condition, riding nearly 20 seconds clear of a chase group on the first lap of the seven lap race.  Kulhavy, Christoph Sauser (Switzerland) and Karl Markt (Austria) led the chase, but they were losing ground on Absalon at every checkpoint.  Kulhavy started to fade, and was passed by American Jeremiah Bishop, who joined Sauser and Markt in the battle for second and third. 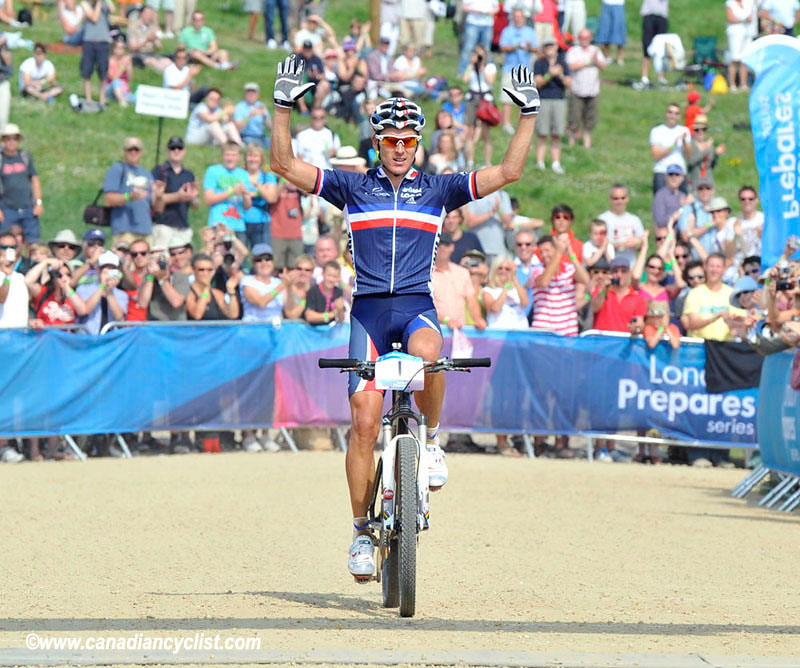 Absalon did not back off all race, attacking every climb and taking the fastest, most difficult routes in every rock garden, as he continued to extend his lead.  Sauser dropped the other two with two laps to go to take second at 1:20, while Markt dropped Bishop in the final lap to take third.

"I am very pleased," commented Absalon.  "I wanted to race very hard, because I have not had as much racing lately, so it was important to see how my form was, and it is good.  I think maybe because I have not raced as much as some of the others, I am maybe fresher at this point of the season."

"It was important to do good start, and I did it.  The legs were good, and I did a perfect race.  I'm also happy with the track, finally it's good to ride, it is a fun track and it's interesting.  So, I go back to France with a good feeling." 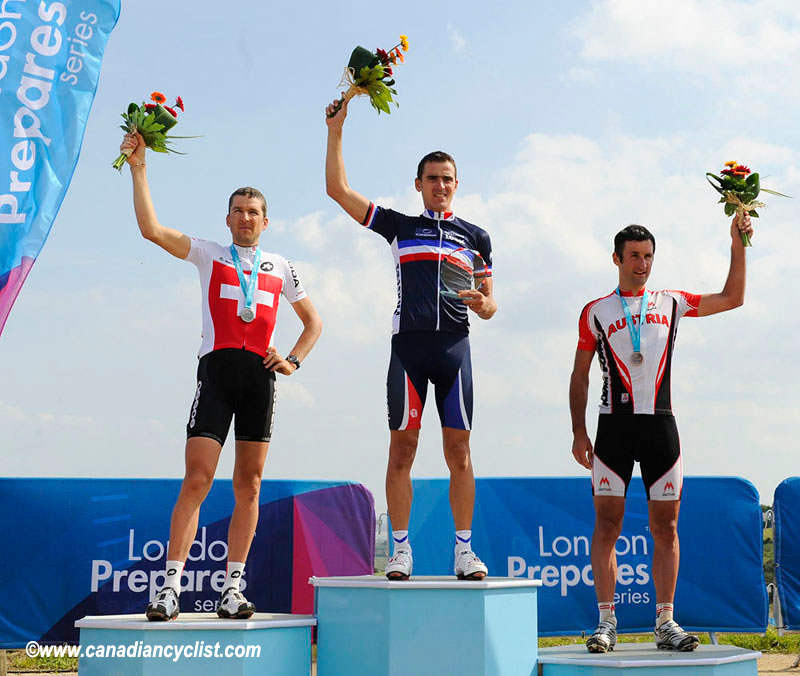