After the 2011 Canadian Track National Championships in Bromont, QC, "a mix of riders came together and contributed their respective strengths towards a great training and racing environment for two weeks" in Trexlertown ("T-Town"), PA, explained Jasmin Glaesser. 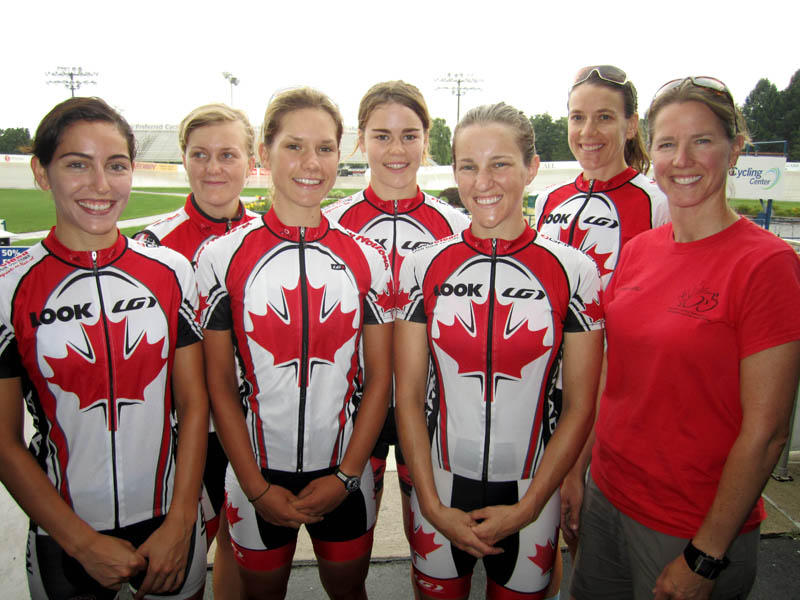 Most of the mornings and afternoons were spent training at the track, with either a long road ride in the evening or racing in the local Tuesday and Friday night events to complement the volume and intensity we were trying to achieve.

Three-time World Cup medalist and National Track Team rider, Steph Roorda, explained "these last two weeks [as] really great. We got loads of hard work done on the track. It was nice to come and ride the outdoor concrete for a change, it lent itself well to the hard work we needed to do. The racing was also really fun. I have missed weekly track racing in the last year, and I was happy to race hard when i could." 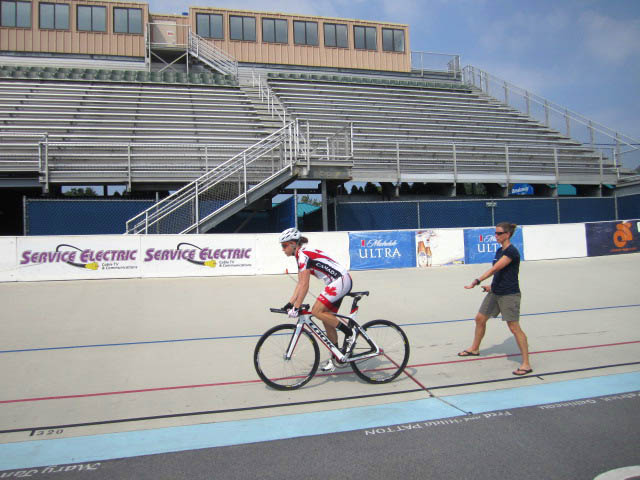 The Team won the omnium every night, while also winning the other top spots on the podium. B.C. road racer, Shoshauna Laxson, had been on the track only a handful of times before coming down to T-Town. She described her first race as "a lot of fun. I was really nervous since it was my first track race ever. Group positioning was tricky at the beginning, but I got used to it as the race progressed, it just felt like a really short Criterium!" 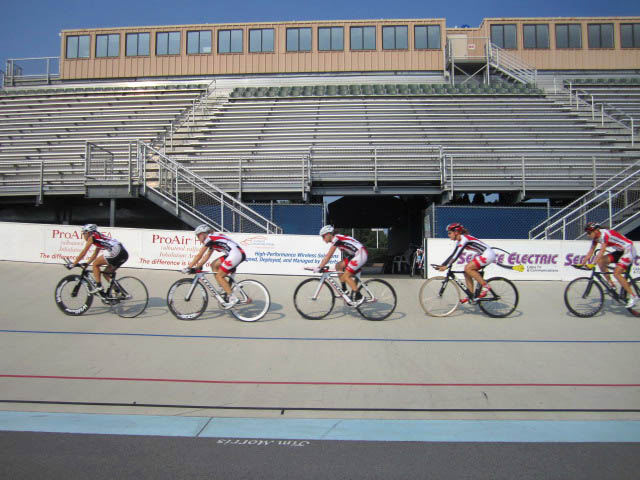 The folks of T-Town were very accommodating to us Canucks and despite Mother Nature, everything ran smoothly thanks to the Valley Preferred Cycling Center.

National Women's Team Pursuit Coach, Olympian, and former T-Town training camper, Tanya Dubnicoff said, "T-Town brings back great memories for me! The ambiance is so friendly it feels like home! I was very pleased with the camp. All athletes pushed themselves beyond what was done in previous training sessions with some exciting racing as well! The weather gave us some challenges: torrential rains, thunderstorms, hurricane warnings, and even an earthquake!"

This development camp is an exciting start to the 2011-2012 Olympic Track Season. For more information on the women's team pursuit program please visit the Canadian Cycling Association's website: www.canadian-cycling.com