The Canadian Downhill Mountain Bike Team and the Canadian Cycling Association staff will be wearing yellow shoelaces this week at the 2011 UCI Mountain Bike Championships, an initiative to show their support for Canadian downhiller Nick Geddes, currently fighting Leukemia since March at home in Canada. 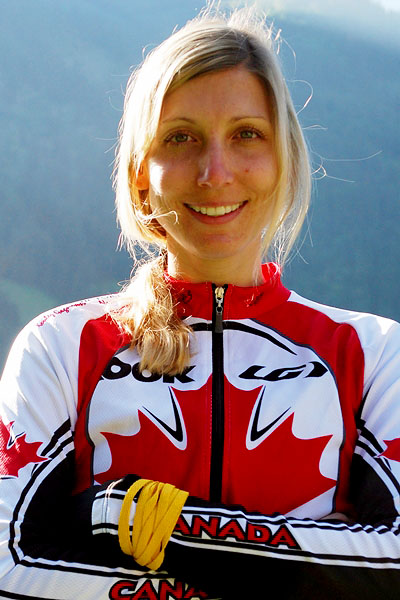 The initiative is led by Claire Buchar (right) of Whistler, BC, the 2011 Downhill Canadian Champion in the Elite women's category, and the entire downhill team joined in to show their respect and support for Geddes.

"Nick is a friend, a well-respected member of the Canadian Downhill community," said Buchar. "That's why we came up with the idea of the yellow shoe laces. We are all thinking hard of Nick, who had to stay home to receive treatments. When we take to the start gate on Sunday, Nick will be in all our minds."

Remi Gauvin of Nanoose Bay, shares his thoughts with Buchar. "I paid Nick a visit last Friday, prior to my departure for Worlds. He's seen better days, but he's a trooper and will fight. He's a close friend, a tough competitor and we wish him the best of recovery as he's fighting this terrible disease."

Geddes was devastated when he learned he was diagnosed with leukemia back in March, a form of blood and bone marrow cancer characterized by an abnormality in white blood cells. Geddes recently received a bone marrow transplant as he fights the disease.

Geddes, a downhiller, competed for Canada at the 2010 UCI Mountain Bike Championships in Mont-Sainte-Anne where he finished 19th in the Junior category. Geddes finished second at the 2010 Canadian Mountain Bike Championships in Panorama, BC, and that same year won the Canada Cup overall rankings in the Junior category.  Geddes also won the 2010 Fluidride Cup #1, finished second in the 2010 Pro GRT #1 race, and placed fourth in the Crankworks-Garbonzo race in 2010.

Below:  Nick Geddes racing at the MSA World Champs in 2010 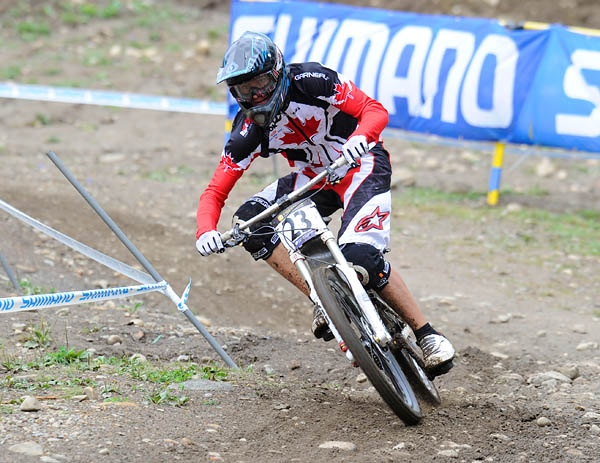