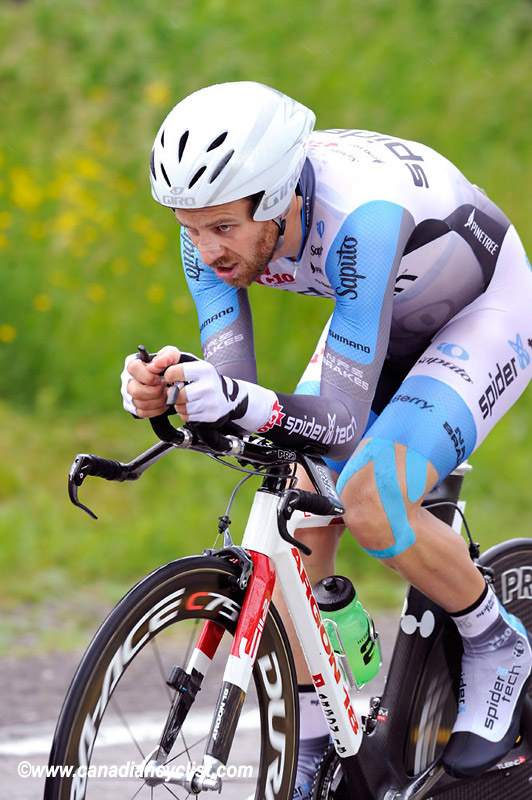 a horrific crash at the USA Pro Cycling Challenge back in August. He is just one of a number of riders who has been injured, or seen their career come to a premature end because of uneven implementation of safety protocols -  the infamous incident of Dutch rider Johnny Hoogerland getting seriously injured by a French TV car is just one example from this season. Randell has now written an open letter to the cycling community on this topic and, specifically, how the banning of race radios by the UCI is contributing to the potential for serious accidents in our sport. Canadian Cyclist supports Andrew Randell's position fully.

To the professional cycling community,

On Wednesday, August 24th, at the USA Pro Cycling Challenge in Colorado, USA during the Queen stage of the race a horrible crash happened at a cattle guard. Myself and two other riders were hospitalized. There was no warning that we were approaching the cattle guard. The crash occurred because one of the riders put his front wheel into the space separating the two sides of the cattle guard: his speed instantaneously changed from 55km/h to zero, his front wheel shattering, sending him face-first into the road. I hit him, shearing my fork in two, and myself crashing into the road to shatter my helmet and fracture my back.

Speaking with people the following day they said that this particular cattle guard was in very bad shape: simply walking across it had been difficult. The gap between the two grids (into which Callegarin put his wheel) that made up the cattle guard was particularly wide and the rods themselves were triangular in shape and very rough. The riders should have been warned about its dangerous nature. Had we racers had enough forewarning to prepare ourselves, and space out for the cattle guard, this accident could have been avoided.

Commissaires and race officials ahead of the race may have realised the dangerous nature of the cattle guard, but how were they to warn us? At race speed the sudden warning shout of "cattle guard" at the head of the peloton came too close to the obstacle to change our safety, but use of race radios could have prevented, or at least drastically reduced, the likelihood of this incident. However, use of race radios is currently being phased out by the UCI.

Other means of warning, such as marking the cattle guard with caution notices, may not be seen by riders in the heat of the race, and foreign riders might anyway not read English signage. In addition, as was the case at the USA Pro Cycling Challenge (a well-organised and successful event), race organisers are not perfect, they can make mistakes. And, races happen on public roads where conditions change all the time: there have been situations involving sabotage, vehicles on course, protests, changing road conditions (in the Tour of Utah a tree fell across the road in the time it took two groups to pass through the same point on a descent). The race radio is without doubt the most efficient means by which to warn riders of approaching obstacles and dangers, and the only means by which to communicate with riders in real time.

Cycling trade teams have a vested interest in the safety of their athletes. They are developing them and investing in them as the future of their racing programs. The lack of communication in racing endangers this investment. Who is liable for the lost return when an athlete is seriously injured in an incident that could have been avoided? The trade teams need to unanimously support the return of race radios in order to improve the safety of their athletes.

The faulty and unfounded argument by the UCI regarding race radios is endangering the well-being, and perhaps even the lives, of riders around the world. Cycling is a professional sport conducted under varying road conditions. Communication therefore is vital to the safety of the riders, and we professional riders must forthwith and unanimously demand that the UCI reverse its position on the use of race radios at all levels of racing. Cyclists are the heart of cycling and we must assert our influence on the sport to ensure our well-being.