Last Saturday, we headed to Scarborough, in the east end of Toronto for the grand opening of the SpiderTech Powerwatts Cycling Studio, where most of the SpiderTech powered by C10 squad gathered for the opening of this latest initiative by their title sponsor. This professional testing/training facility offers many of the same features as the successful Montreal Powerwatts studio, with some impressive made-in-Canada equipment. The SpiderTech PowerWatts cycling studio is also used for testing hockey players and other amateur athletes who are interested in measuring their cycling abilities against professional cyclist standards.

The SpiderTech p/b C10 team will be using it for fitness testing prior to heading to Europe in January to kick off their second season at the pro continental level. This coming Friday will see the full introduction of the 2012 squad at a press launch in Toronto.

Here are a few photos from the launch of the Toronto studio. 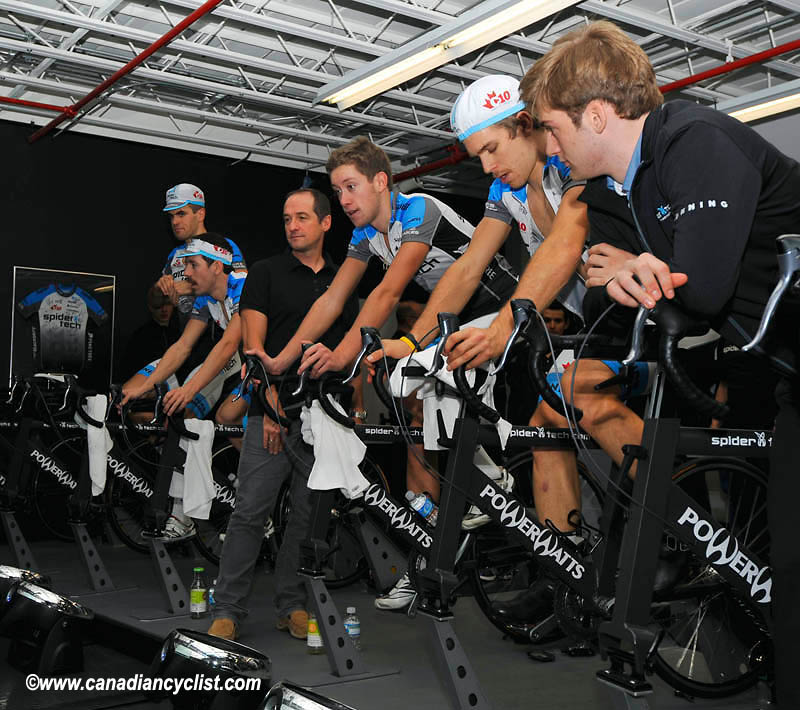 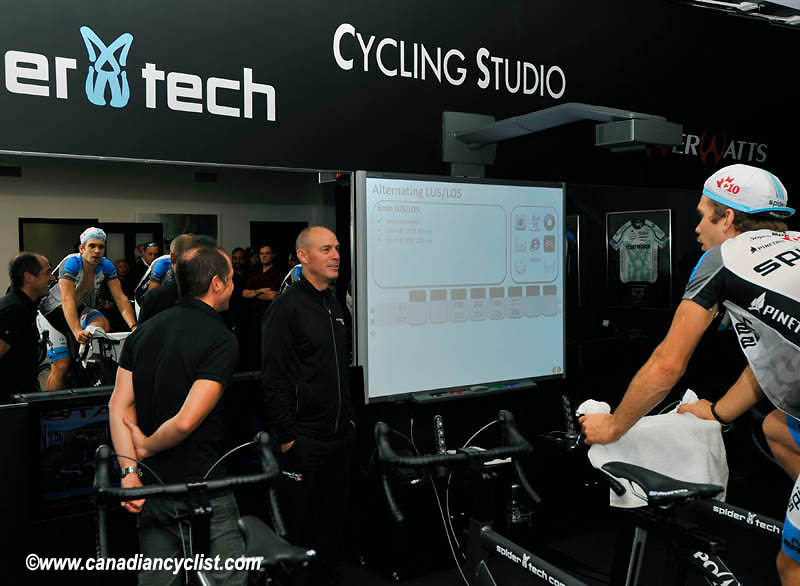