Team TIBCO returned from Europe this week and is set to contend for stage wins and overall victory in Southern California at the San Dimas Stage Race March 16-18. 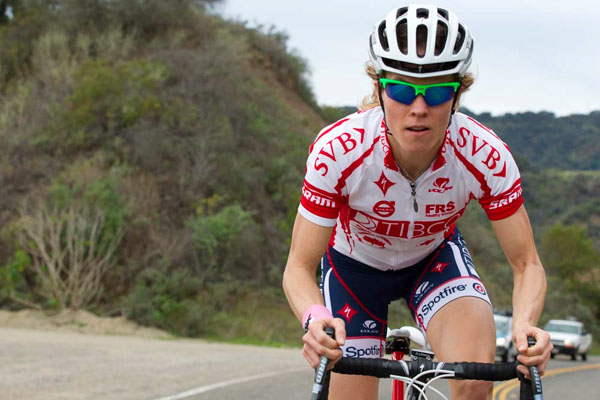 The six-rider squad will include Canadian National Road Champion and renowned climber Veronique Fortin, who will get support from climber Lindsay Myers, as well as all-arounder Jennifer Wheeler, who brings in some strong fitness after contesting the races in Europe last week. Young sprinter Kendall Ryan, who won last week’s criterium stage of the Tour de Murrieta, will be the go-to rider for Sunday’s criterium. Danielle Haulmann of the Team TIBCO II development squad and Australian guest rider Rebecca Werner complete the squad.

“Our riders have great potential to capture stage wins and possibly the GC for th is race,” said Team TIBCO European directeur sportif Angela van Smoorenburg. “We have a few strong climbers in Veronique, Jennifer and Lindsay, but we also have Kendall as a strong contender for the criterium. There’s a lot of talent on this team and all of the ladies have the potential to take a win.”

The three-day stage race draws a field 110-riders strong, and will feature varying terrain that is sure to suit an all-arounder. Friday March 16, marks Stage One and will send riders up the winding ascent of Glendora Mountain Road for the short individual time trial. On Saturday the teams will face off as they head out for the classic rolling road race around Bonelli Park for 56 miles. Sunday’s final stage criterium will likely be a day for the sprinters, as the race in downtown San Dimas often comes down to a pack finish.