The CBC television network is in the process of developing a pilot for a new reality program that will be centered around WorldTour rider Svein Tuft.  The program has been titled 'Tough as Tuft', and will feature contestants trying to duplicate some of the physical feats that Tuft has become legendary for, such as riding a bike up the Alaskan Highway towing his 80 lb dog, motorpacing in Kamloops in 40 degree Celcius heat, or towing the peloton for 200 kilometres in the Tirreno-Adriatico. 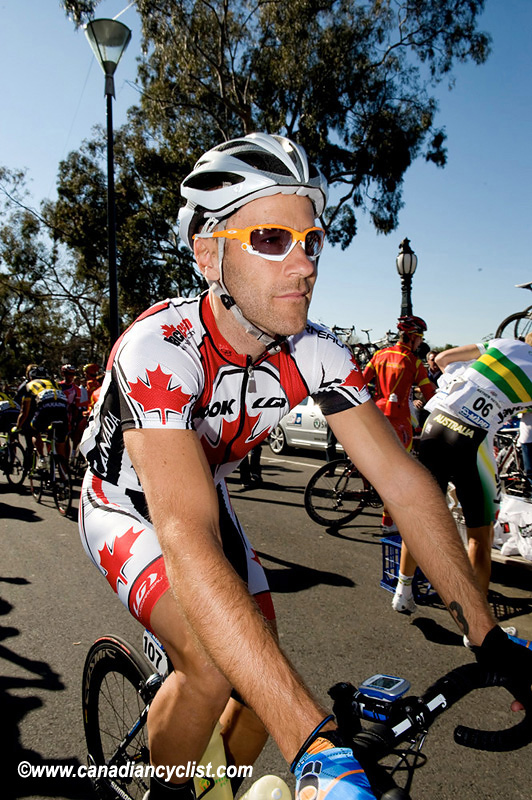 "Each episode," explained a CBC staffer familiar with the program, "one of the activities that Svein has become renowned for will be featured.  The contestants will be introduced to the challenge and then have time to prepare with a trainer before having to duplicate it in conditions that mimic those faced by Svein."

A cutoff will eliminate the slowest contestant after each challenge, until there are only three left; those three will face Tuft himself for the final challenge - riding 1000 kilometres through the BC Interior, camping and towing a trailer weighing 100 kilograms while existing on chocolate milk, Tuft's favourite beverage.

The CBC had hoped to have the program up and running for this spring, however, a spokesperson admitted they had some problems rounding up enough contestants willing to subject themselves to the ordeals planned.

"Honestly, who in their right mind would want to subject themselves to this kind of abuse?"