Wade Simmons is all set and totally stoked to be putting BC Bike Race the ‘Ultimate Singletrack Experience’ on his 2012 calendar.

Wade who rides for Rocky Mountain Bikes is known for his good nature and amazing skills he is also known as the Godfather of Freeride.  He solidified this position with his win at the inaugural and prestigious RedBull Rampage in 2001 and took home second place in 2002. What is less known about Wade is his passion for all things two wheeled and his background in XC racing; with a childhood spent in BMX he segued naturally onto mountain bikes and  raced XC until 1995 on the Local BC Cup and West Coast Canada Cup circuit. 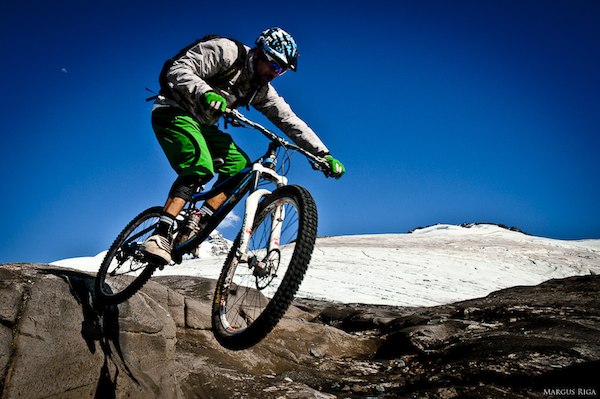 BC Bike Race is pleased to welcome such a global ambassador to this year’s event. “Wade brings a culture of positive cycling that many others try to emulate, he is the consummate sportsman. One of the big differences between Wade and the world is simply his attitude, no matter what the weather or the terrain is like, he is having a great time! This is a large part of what BC Bike Race is all about and we know he’s going to rip-it-up with a smile on his face,” said President Dean Payne.

With the addition of the Gravity Enduro Segments for 2012, Wade has his sights firmly set on a target but won’t miss out enjoying any of the other singletrack on the way to the finish line. "Probably, one of the events I'm looking forward to the most this year, is racing the BC Bike Race! It's been on my radar since its first year running, and being such good buds with Dean Payne and Andreas Hestler, I've always had to field the "why don't you ride the race you wimp!". But if truth be told, I've probably haven't been fit enough to enjoy all the buff single-track you get to experience, at least at a decent pace anyhow. So, this year I'm determined to come out swinging, and hopefully push my brother-in-law/masters XC Champion partner Mike Hunter out of his comfort zone. At least I know I can do this on the 12 Gravity Enduro stages- as long as I have some gas in the tank!” said a calm and relaxed Wade Simmons.

In 1996 Wade began the season racing XC expert at the Pinnacle Peaks Cactus Cup and then switched fully to DH pursuing the National Canada Cup circuit. It was soon thereafter that the Freeride movement began with movies such as Kranked 1 and North Shore Extreme. Today Wade continues to guide, ride and explore the world on two wheels, still shredding and still smiling.

For more info on the BC Bike Race www.bcbikerace.com