Opus Bicycles are pleased to announce the addition of Véronique Labonté to the Opus road racing program for the 2012 season.  With three Quebec championships under her belt, Véronique is setting her sights on Europe, with the goal of being selected to attend the World Championships in Limbourg, Netherlands in September 2012. 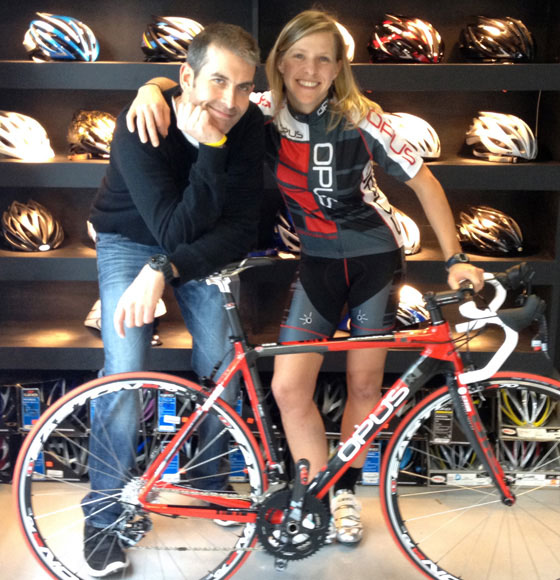 The talented Quebec native departed for Europe in March and will be competing at select French national road cycling championship races in France, as well as returning to Canada this summer to compete in key Canadian championship events. She will join the French Club Sportif Multisections d’Épinay-sur-Seine women’s cycling team for the European races.

Véronique will be competing aboard a 2012 Opus Amadeus road bicycle, along with Giro gear. According to Véronique, “As a Canadian, I am very proud to join my team with a bicycle designed and assembled in Canada! My new partnership with Opus allows me to go to Europe with all of the equipment I need to rival the best girls in the world.”

According to Opus Team Manager Sylvain Bosse, “We’re convinced Véronique will have a great season aboard her 2012 Amadeus. We are proud supporters of her international goals for the 2012 season and we look forward to seeing her succeed in her quest to compete in the World Championships in September.”