The first day of cross-country competition at round two of the Mountain Bike World Cup saw French, Ukrainian and Czech riders victorious in Houffalize, Belgium, on Saturday.

The new course proved to be as hard as expected, taking its toll on early leaders in each race.  Lena Putz (Germany) led the start of the Junior Women's race, before fading in the second of two laps to finish behind Margot Moschetti (France).  Sofia Wiedenroth (Germany) took third.  In her first race of the season, Canadian national champion Frederique Trudel (Team Canada) struggled in the technical sections, finishing 39th at 7:27. 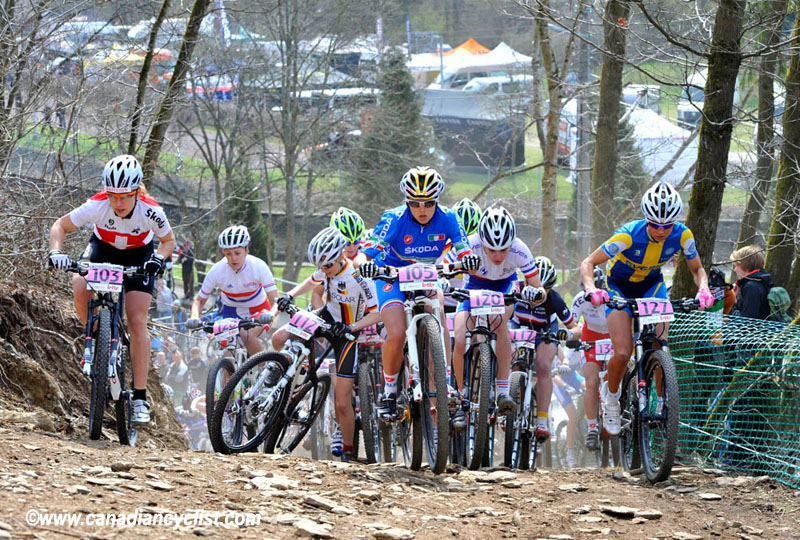 Junior Women on the first climb

In the Under-23 women's race, Yana Belomoyna (BI&ESSE-Infotre Protek), second in the opening round of the World Cup to Ekaterina Anoshina (Team Protek), beat her rival in this round to take over the lead in the World Cup standings.  Rebecca Henderson (Australia) took third.  Belomoyna and Anoshina both chased Jolanda Neff (Wheeler-IXS), a first year Under-23 rider who eventually faded to fourth, in the first half of the race before taking the lead. 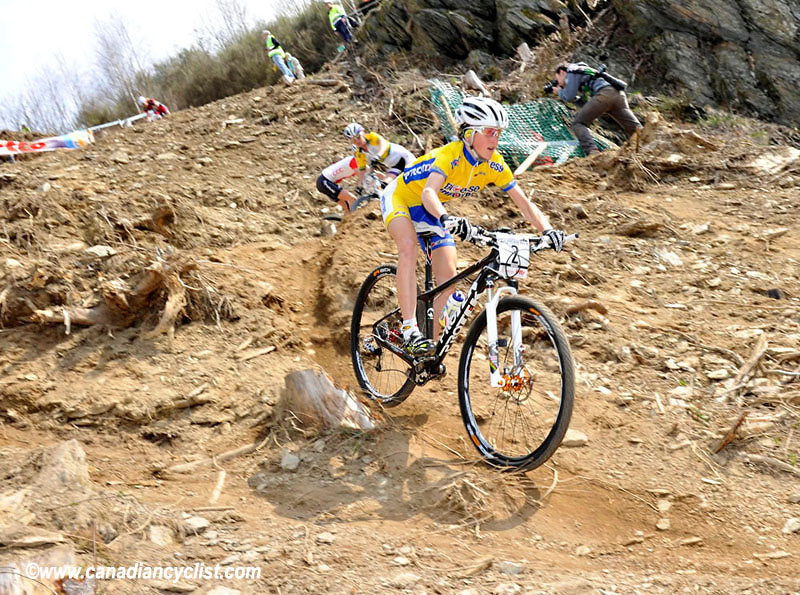 The Under-23 men's race started, as usual, with Gerhard Kerschbaumer (TX Active Bianchi) at the front, being chased by his regular rival, Alexander Gehbauer (Austria), the World Cup leader after round one.  However, by lap two Ondrej Cink (Merida) had attacked and opened a small gap on the duo.  Kerschbaumer continued to lead the chase through the race, with Gehbauer content to sit on his wheel, until the last lap, when the Italian champion faded, and was passed by both Gehbauer for second and Julian Schelb (Germany) for third. 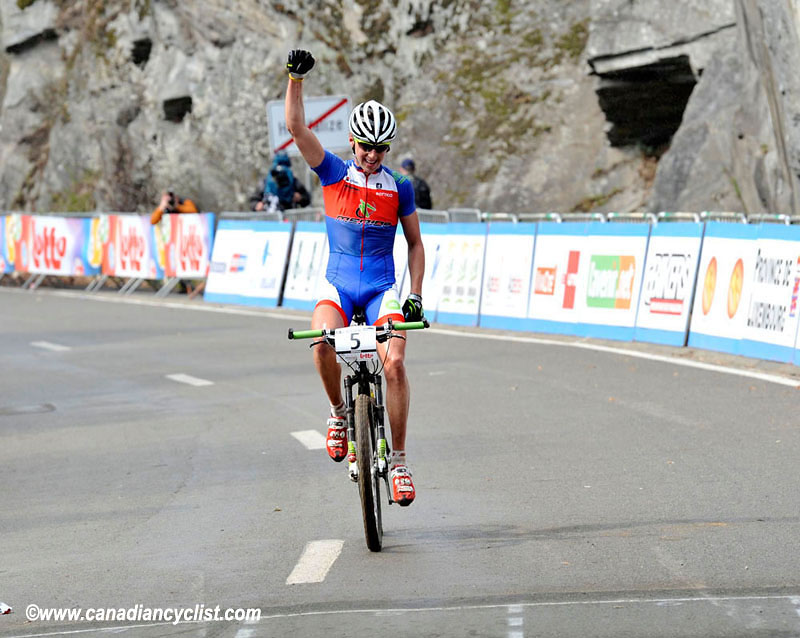 Junior and U23 Women results