The Tour of Turkey begins tomorrow, with the first of eight stages in the resort town of Alanya, on the Mediterranean coast.  The opening stage of 135 kilometres is on a 16.9 kilometre loop that the riders will cover eight times.

This year, more than last, the majority of the stages favour sprinters, with only Stage Three offering some real climbing that could split the field up.  Otherwise, it sticks mainly to the coast, heading west from Alanya to end up in Izmir by stage seven, before the entire race flies to Istanbul for the last stage around the capital. 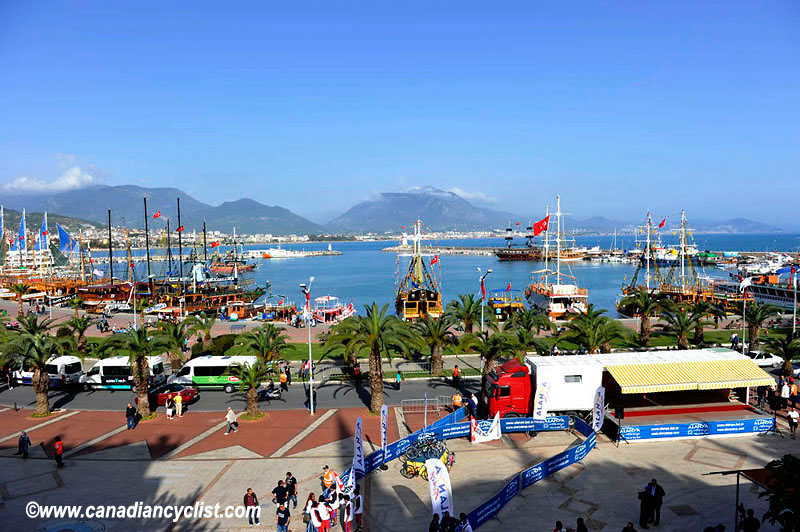 Alanya, where the 2012 Tour of Turkey starts

Most of the teams in the expanded 200 rider field of 25 teams were clearly aware of this, stacking their rosters with sprinters.  Some very big names are here, including Alessandro Petacchi (Lampre-ISD), Vladimir Gusev (Katusha), Matt Goss and Robbie McEwen (both GreenEdge), Andre Greipel (Lotto-Belisol), Theo Bos and Mark Renshaw (both Rabobank) and JJ Haedo (Saxo Bank).  For the GC, it will be interesting to see how Astana's Alexandre Vinokourov is going. 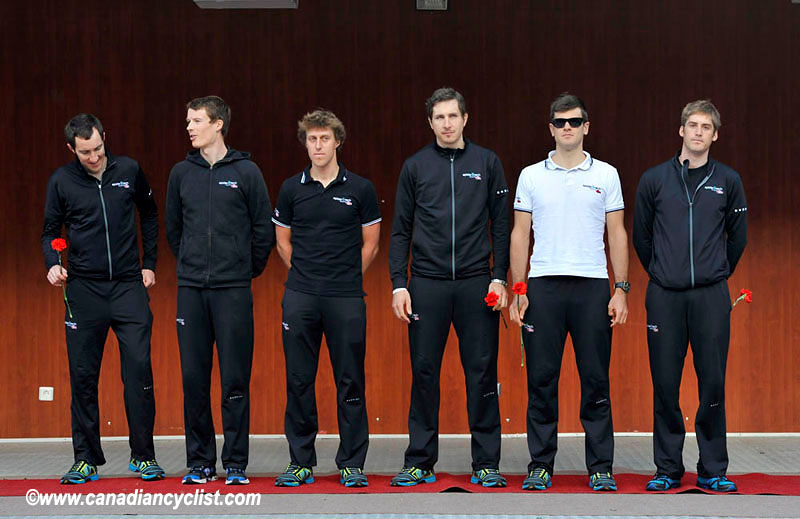 Canada has one other rider in the race - David Veilleux of Team Europcar.  Veilleux is coming off a strong Classics season and could easily figure in a few breakaways.

- Due to some very bad storms earlier in the week in Istanbul, which played havoc with airport operations, travel plans were messed up for everyone in the race.  Some riders didn't make to the hotels in Alanya until 5:00 am, and teams are still missing equipment.  SpiderTech got off fairly light, arriving in Alanya by about 2:00 am, and are only missing a few boxes of "non-critical" stuff, according to Team Director Kevin Field.

- SpiderTech is also having to contend with some illness - Keven Lacombe is suffering through a cold, and Pat McCarty is returning to racing after much of the spring off with mononucleosis.

- The chief commissaire made a special point of stating that public urination by riders will not be tolerated, especially near mosques.  He said that team directors were to warn riders that there would be heavy penalties for breaking this rule.