GreenEDGE has named its nine-man Giro d’Italia team. The line-up has been built with a focus on stage wins, specifically during the first two weeks of the three week Grand Tour.

“The first priority in selecting a Grand Tour roster is identifying the goals of the team,” said Sports Director Matt White. “From there, you build a team that can meet those goals. The second thing we take into consideration is the development of the riders. The third part of our selection is choosing riders who are preparing for goals later in the season such as the Olympics and the Tour de France. Our roster reflects a combination of these three elements.”

Although GreenEDGE lacks a general classification rider, White believes his sprint leader has the opportunity to spend time in the maglia rosa.

“We’re solely focused on stage wins,” said White. “We’ve said that from the beginning. We definitely don’t have anyone for the general classification. Most of our riders will have a chance for individual stage wins, and Matt Goss is our leader for the sprints.”

“I expect the team to be competitive during the early stages,” White continued. “We have a strong team for the stage four team time trial in Verona. A dream scenario would be to put Goss in the pink leader’s jersey during the first week – either right before or right after the team time trial. There are a few teams with the same goal as us. If we’re on the mark very early in Denmark, I’ll be happy.”

White calls the time Goss spends at the Giro as an integral piece of his Tour de France preparation.

“The Giro is an important race for Matt Goss,” said White. “He’s got good form at the Tour of Turkey, and the idea is that he’ll hit the ground running at the Giro. He’ll have a lot of chances for stage wins. The time he does in Denmark and Italy will set him up for the Tour de France, which is the biggest goal for both him and the team.”

“Brett and Matt are riding together for the first time at the Tour of Turkey,” explained White. “We’ve had a lot of different things happen with our sprint train already this season. Julian Dean was our main lead-out man for Goss, but he hasn’t raced much after a broken shoulder in December, and a broken leg in March has taken him out of racing. Brett has put his hand up to fill Julian’s spot and he’s the right guy for the job. The stress and competitiveness of this race is huge and that’s where Brett comes in.”

Vaitkus will fill a similar role to Lancaster.

“We expect Tomas to be part of the lead-out train in both the Giro and the Tour,” said White. “Because of how the season has panned out, he hasn’t had the opportunity to race with Goss in the sprints other than at Tirreno. We’re looking at seven chances to refine the sprint at the Giro, so Tomas will be critical.”

White has selected Keukeleire, a Grand Tour newcomer, to be part of the sprint train as well as further his development as a sprinter in his own right.

“Keukeleire will learn a lot from the sprint stages in the first two weeks,” noted White. “He’s a good sprinter himself and to be part of a world class sprint team will benefit him. The strength he gains from his first Grand Tour will carry into the summer, and I expect he’ll be a new man come late summer and autumn this year.”

White will look to Svein Tuft and Jack Bobridge to look after Goss and set the pace in the team time trial while using the Grand Tour as an important part of their preparation for the London Olympics. 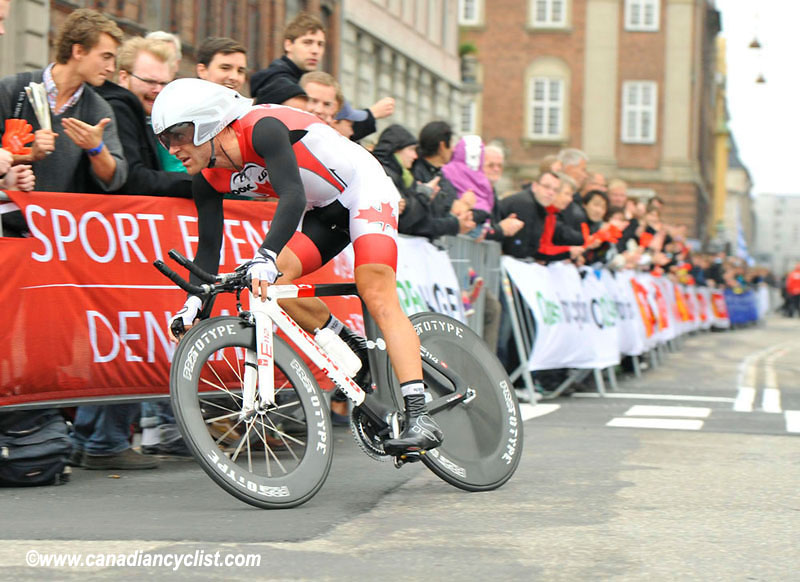 “Svein has had solid form since February,” said White. “He’s a rider I can count on to line up and get the work done. The team time trial is a huge goal, and Svein is critical in our success in this discipline.”

“The Giro will be Jack’s first road race since Nationals,” White continued. “He’ll start a little bit behind as he finds his road legs after Track Worlds. Luckily, Jack adapts quickly. He’s a hard guy and he’ll be very useful in catching break-aways.”

Fumiyuki Beppu, Christian Meier and Daryl Impey round out the roster.

“I have worked with Christian for a couple of years now, and you know what you get with him,” said White. “He’s a solid teammate that completely dedicates himself to the team goals. He’s done the Vuleta a España in the past, but this is his first Giro. I’m sure he’ll have plenty of chances to show us what he is made of.”

Unlike Meier, Beppu is no stranger to the Giro. White will look to the Japanese all-rounder to help Goss in the sprints as he prepares for the London Olympics.

“Beppu has specialized in the cobbled classics previously, and this year, we’ve seen him at the more hilly races like the Ardennes,” explained White. “He’ll use the Giro as a platform to prepare for the Olympics while he looks after Goss and takes his own chances.”

Daryl Impey, the second Grand Tour newcomer in GreenEDGE’s nine-man roster, earned a spot at the Giro due to his ‘standout performances’ this year.

“Daryl has had a great season so far with his first WorldTour win,” said White. “He’s been absolutely super for the team in every race he has done this season. I’m looking forward to giving him opportunities at the Giro.”

GreenEDGE eagerly anticipates the start of its first Grand Tour in its maiden season.

“It’s a big moment, I suppose,” said White. “Every race this year has been a big moment because everything we experience is our first. We’ve already ticked a lot of boxes, and the Giro has always been on the list. We really want to leave with a stage win. Aside from the Tour de France, this is the biggest race of the year. We have a very motivated group going into the Tour of Italy next week.”

“It’s an exciting time,” added General Manager Shayne Bannan. “We’re all very excited and quite nervous as well. Grand Tours are big races for everyone involved. There’s a lot of work going on behind the scenes to make sure that we’re ready for our Grand Tour debut next week. I have great confidence in our group and the previous months have shown that we’re up for the task”.