Devinci Global Racing’s Steve Smith has ridden to his first win of the 2012 season at Round #1 of the US Grand Prix, solidifying his first place qualifier. 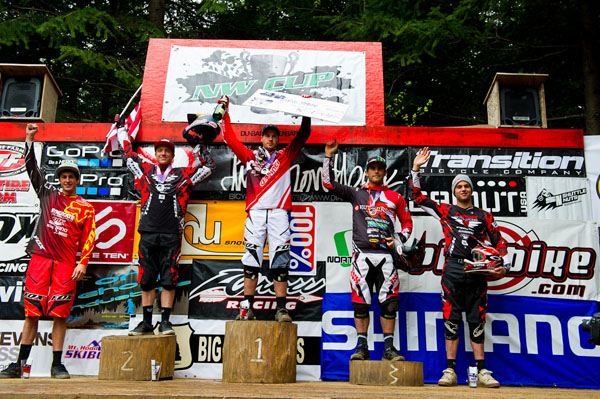 “This great result comes at a great time; less than a month before we head to Europe for the next World Cup event.  This is the first reward for all the work Steve put in this off season and is a great confidence booster, I am fired up," Gabe Fox, Team Manager

The opening round of the US Grand Prix drew an impressive International field due to it close scheduling to the Sea Otter Classic, held the previous weekend in California.  With the two-month break between rounds of the World Cup, the event lived up to all expectations. Saturday’s qualifier saw the top ten of the World Cup worthy field cram into six seconds, with Steve qualifying first ahead of Josh Bryceland of the UK.

“The track was amazing, the dirt was insanely grippy and you couldn’t go too fast. The Wilson felt like it was on rails; it was great to get a win. I was a little nervous after qualifying first, but happy to back it up,” Steve Smith.