The Share the Road Cycling Coalition, (SRCC) an Ontario-based non-profit organization that promotes bicycling as a mode of transportation, recreation and fitness through provincial advocacy, announced today the latest Bicycle Friendly Communities awards.

Honorable Mentions were given to Sault Ste Marie and Whitby.

“Share the Road is proud to announce these seven award-winning communities, and congratulates them on their achievements,” said Eleanor McMahon, CEO Share the Road Cycling Coalition. McMahon noted that this announcement brings the total of award winning communities to 15, representing close to 30% of the population of Ontario: “These municipalities join the 2011 award winners: Ottawa (Silver), Hamilton (Silver), Waterloo (Silver), Ajax (Bronze), London (Bronze), Oshawa (Bronze), Town of Blue Mountains (Bronze) and Windsor (Bronze)." 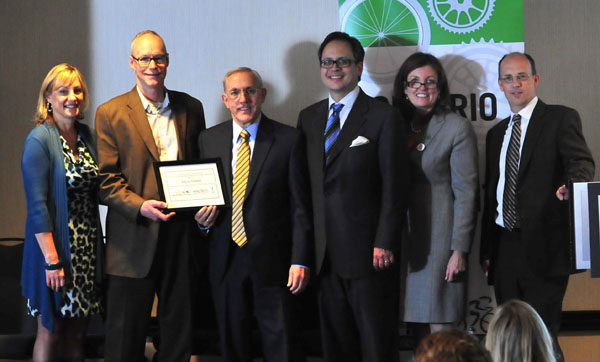 “Even in challenging economic times, municipalities are choosing to invest in bicycling as a way to build places where people want to live, work and visit,” McMahon noted. “The fact that 30% of the population now lives in bicycle friendly communities is indicative of a growing trend that mirrors our polling numbers: 28% of Ontarians ride at least once a month, with 16% of that total number riding daily or weekly.  These municipalities are responding to the growing desire of their citizens to choose the bicycle as a mode of transportation or recreation. We congratulate them on their progress, we look forward to sharing their successes with other municipalities who are looking to them for leadership and inspiration - and we look forward to working with them as they proceed to the next level of achievement,” McMahon added.

McMahon also noted that as a result of the awards process, some clear themes are beginning to emerge regarding gap:  “Many municipalities are struggling to retrofit their infrastructure and accommodate cyclists in cities and towns that particularly in the last half a century, were built primarily for moving motorized vehicles - not people. Consequently they not only have infrastructure challenges - they have attitudinal ones as well.”

“A number of communities are struggling with the “Education” requirements. In Ontario, unlike other jurisdictions (Quebec, the U.S.) children are not encouraged to ride their bicycle to school, and numerous barriers exist. Further neither children nor adults have access to institutionalized bicycling education programs. In jurisdictions where cycling is a mainstream mode of transportation bicycling and road safety education begins when children enter the school system which builds healthy habits for life, grows the cycling population, and by the time they can drive, makes these cyclists better and safer motorists,” McMahon said.

“An equally important emerging dynamic that is leading the trend to embrace cycling is the growing interest in bicycle tourism as a mechanism for increased economic development. Ontario’s municipalities want to leverage their natural assets to attract bicycle tourists to their area, as Quebec and many U.S. states have done. In short, they want to encourage bicycling and it is our hope that this program will provide them with the advice they need to leverage the numerous benefits bicycling provides,” McMahon noted.

About the Bicycle Friendly Community Awards

The Bicycle Friendly Communities (BFC) Program, an initiative of the Washington--based League of American Bicyclists, provides incentives, hands--on assistance, and award recognition for communities that actively support bicycling. The League is the largest bicycling advocacy organization in the U.S. and represents the interests of the nation's 57 million cyclists. With a membership of 300,000 affiliated cyclists the League works to bring better bicycling to communities across the U.S.

The program provides incentives, hands--on assistance, and award recognition for communities that actively support bicycling. It was launched in Canada in August 2010 by the Share the Road Cycling Coalition in partnership with the Washington--based League. The Bicycle Friendly Communities program requires that municipalities complete a thorough application. They are then judged in five categories often referred to as the Five “E's.” These are Engineering, Education, Encouragement, Enforcement, and Evaluation & Planning.

A community must demonstrate achievements in each of the five categories in order to be considered for an award. Communities with more significant achievements in these areas receive superior awards. Applications are assessed by a team of experts who receive input from local officials. The Award categories are: Honorable Mention, Bronze, Silver, Gold and Platinum. 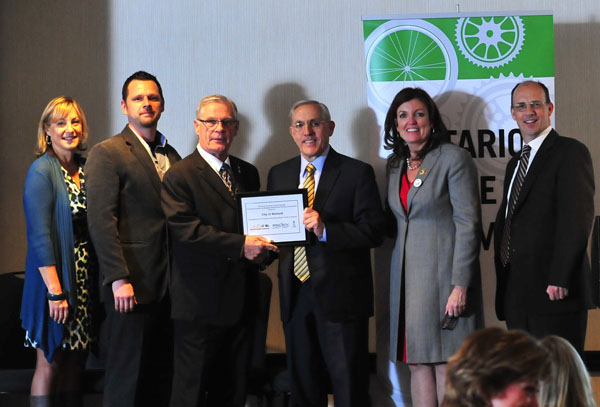 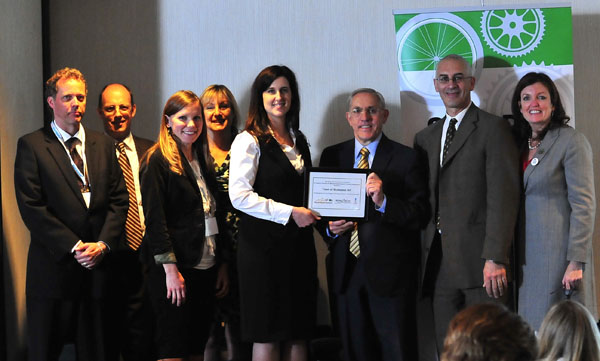 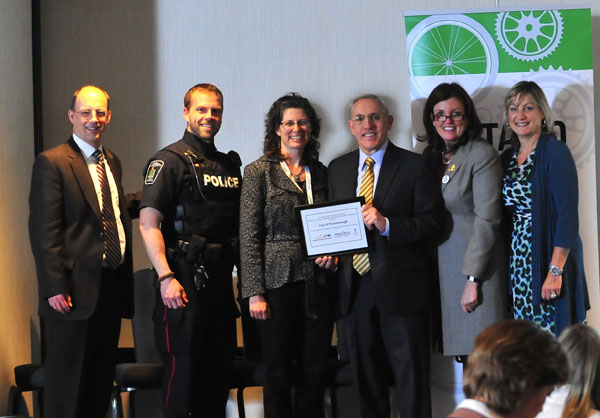 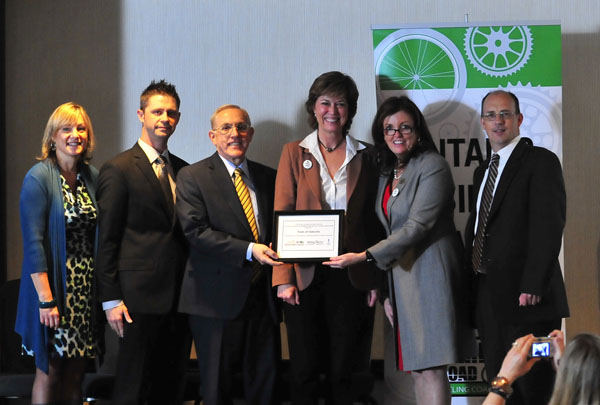 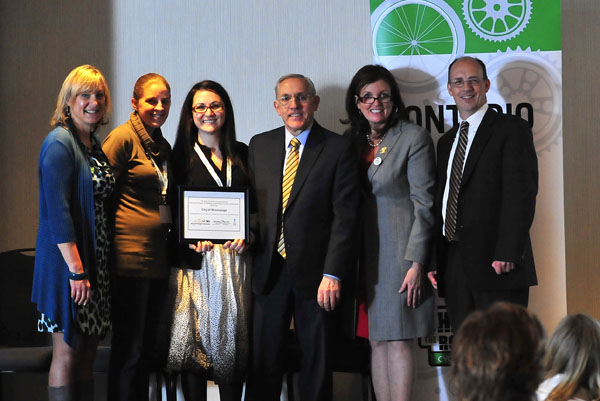 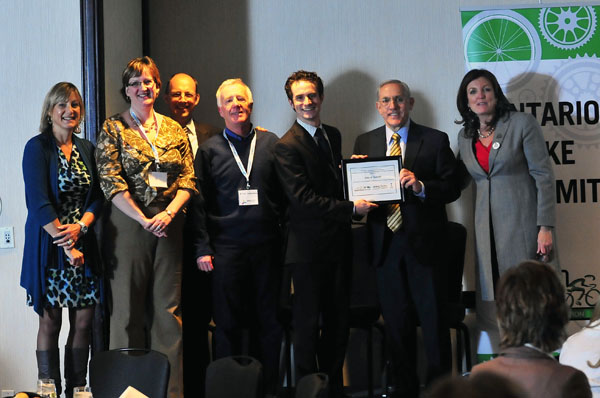