According to Greater Victoria Velodrome Director Brenda Hobor, Monday night’s women’s beginner session at the WestShore Velodrome beat the previous record of 13 women on the track at once, by a wide margin.  Twenty (20) participants and four women coaches from the Tripleshot Women’s Cat. 4 clinic attended the track last night in beautiful weather, and had a blast.  To quote one: “Damn, that was fun.” 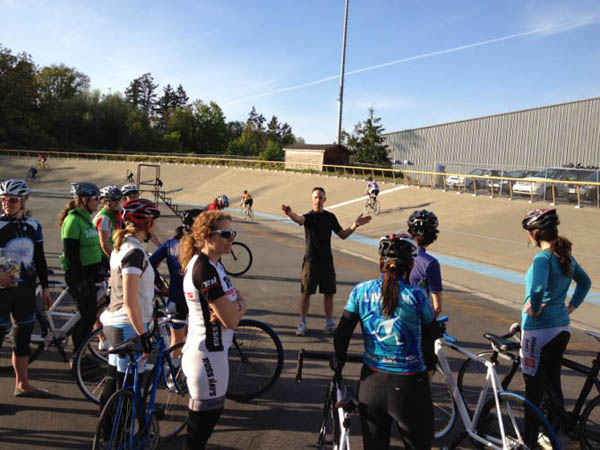 The women were all new to the track and fixed gear riding. 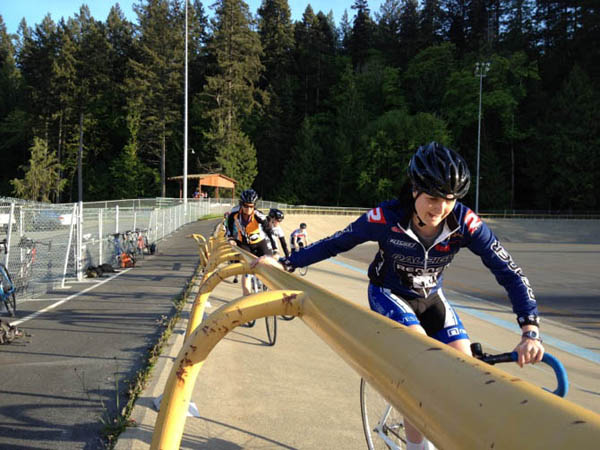 Big thanks to GVVA members who helped out:

• Director Brian Belcher who loaned a bike, pumped tires, swapped pedals and collected bike rental fees
• Junior David Brown who installed pedals and set seat heights
• Eiry Bartlett who pumped tires and swapped pedals
• Director Minda Richardson who loaned her bike, helped with bikes and collected waivers
• Director Brenda Hobor who collected waivers
• Wayne Walker who demonstrated accelerations from the banking and rode alongside the new riders
• Junior Brenna Pauly who loaned her bike
• Director Mark Shepard who got held back at work but came later to show his support and is editing a video of the rider’s reactions
• Dave Shishkoff who offered to help but I got his message when I was enroute and missed it.
• Thom Ward who offered three bikes, but didn’t get the word from me in time.  Sorry Thom!  We could have used them.

And we needed all that help.  We started getting bikes ready at 5:25 and were still fitting for latecomers at 6:15.  The four coaches gave up their chance to ride so riders could use the bikes.  A missed opportunity to be sure, as two had not ridden the track before and we might have been able to grab these leaders if we’d had more bikes. 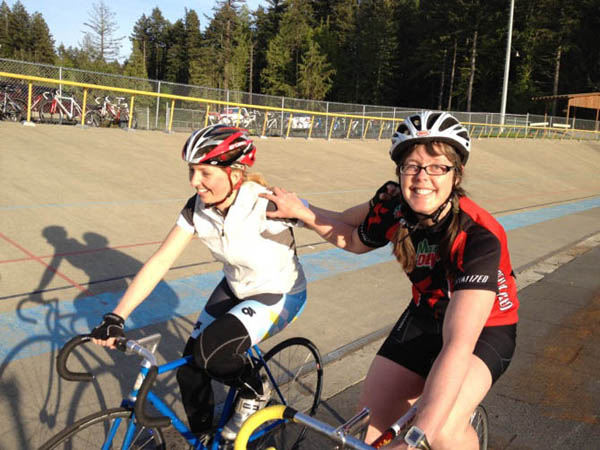 Special thanks to Jenn Erlendson of Tripleshot who pushed for the women’s Cat. 4 clinic in the first place and coaches, clinic coach Amy Dearden who helped persuade her colleague at Canadian Sport Centre Pacific Kurt Innes to coach last night. And to Kurt Innes who went beyond his initial offer to help at the track with juniors, to help the women’s group. 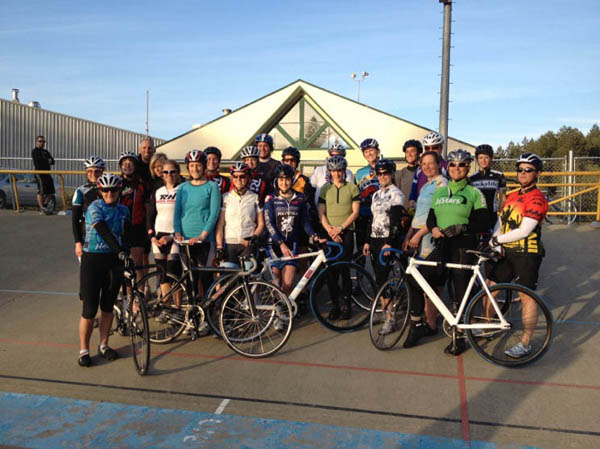 The Tripleshot Women’s Cat 4 clinic is an eight week program leading up to Bastion Square women’s Cat 4 race.  The goals include to have a healthy field in Bastion so local women can race and earn upgrade points, and to introduce women to group riding and racing.  Thirty (30) women are registered in the program, and it is coached by Jenn Erlendsen, Amy Dearden, Glenowyn Carlson, and Megan Rathwell.  Shannon Berg filled in last night for Amy who had to be away for work.

The next stop in the program is next Monday night (May 14th) in the Tripleshot event at Western Speedway, in the VCL Beginners Monday Night Series.  6:00 pm registration, 6:30 racing.  The program will be a mix of several shorter events so new riders can try stuff, rest up and race again.  Experienced riders are invited to come and ride and be pack fill for the beginners.  All ages welcome.  $10 entry fee, free to under 18.  Cycling BC license required.  One day licenses available on site, $30, creditable to a full license after. U18 must have a waiver signed by parents.