Mitchell Bailey’s second-place finish at the recent Woodnewton Ontario Cup mountain bike race is an indication that he is back to good health after suffering from breathing problems earlier in the year. 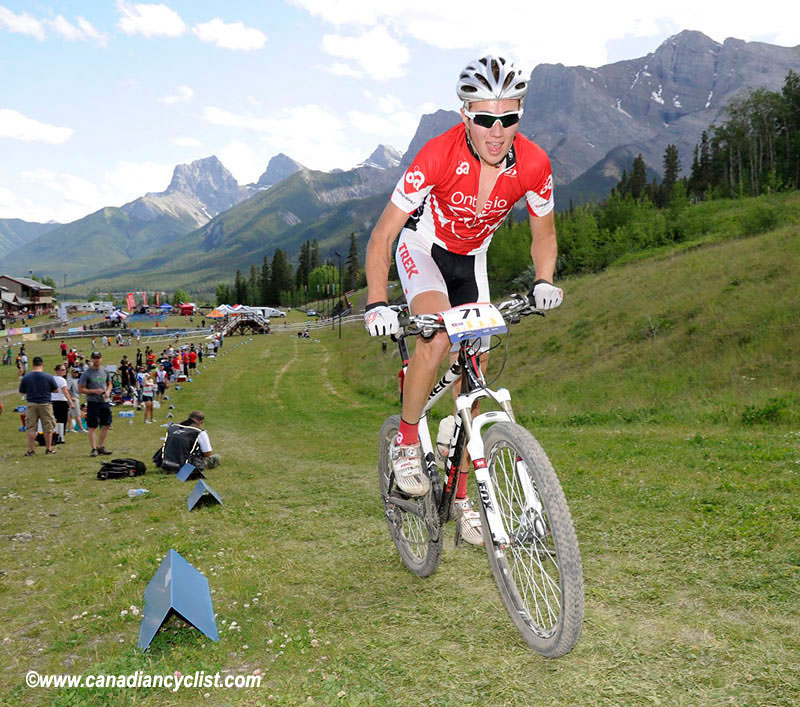 “I went down to Mexico for Pan Ams but I had a really bad race there,” admits Bailey.  “I was trying to get ready with some breathing stuff but I messed up my lungs a little bit. They’ve slowly gotten back to normal and I’m in pretty good health now.”

In an effort to prepare for the competition, Bailey employed a respiratory trainer, the use of which is said to strengthen the muscles of the respiratory system.  To prevent contamination of the device, a diligent cleaning protocol is recommended.  “I was doing some breathing exercises trying to get ready for altitude and I guess I didn’t use the proper hygiene so I got a little bit of an infection in my upper respiratory tract. It’s gone now and I’m happy.”

His schedule for 2012 includes the Canada Cup series, most of the Ontario Cup races, and a trip to France for the World Cup in Val d’Isere.