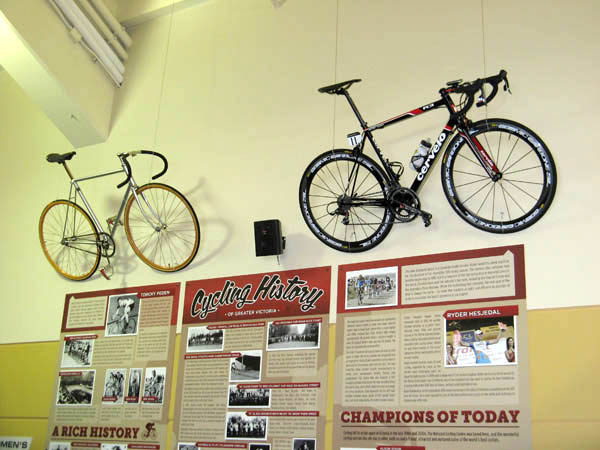 Torchy’s bike was a gift to the GVSHOF from the Mark Perkins family. Mark’s dad, Gordon, purchased the cycle from Torchy in 1945 and he rode it into his 70s. Mark then used the bicycle for years and recalls crashing it before it was retired to the family garage. Mark donated the derelict, rusted, CCM wreck in 2010 and a decision was made to restore it to its original state. 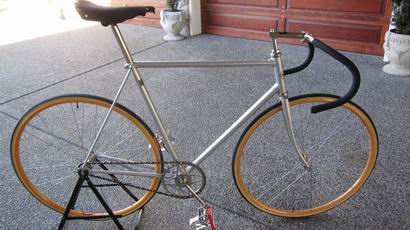 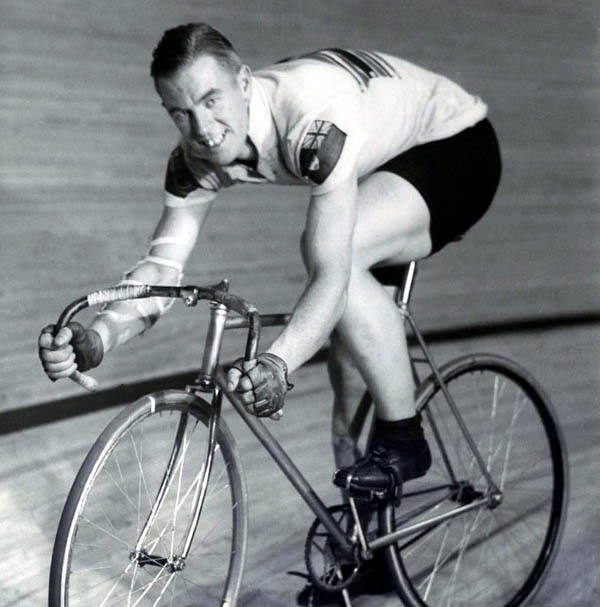 The gifted, vintage bike expert, Casey Botman, was asked if he could restore the famous Victoria cyclist’s wheels and he quickly rose to the challenge. With funding from Peden RV Superstore in Sidney, run by the Peden generation of today, the complex task of restoration was underway. Replica parts from Europe, made to the original standards were ordered and the old steel wheels were replaced with laminated beechwood wheels made in Italy. Casey commented “In those days Torchy was on wood rims. There were steel rims but they were too heavy to race.” 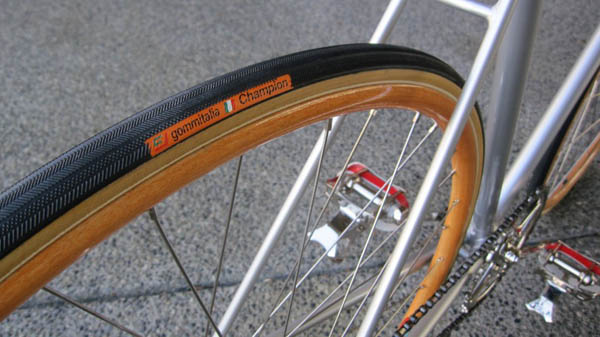 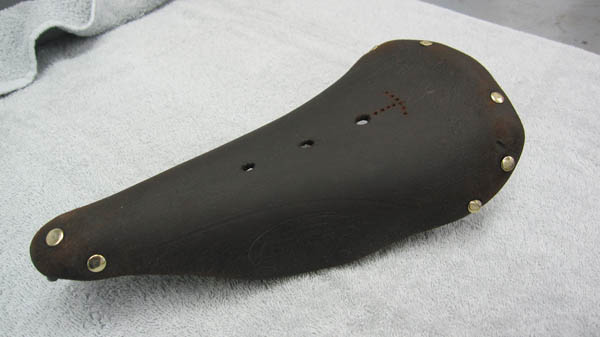 One piece the GVSHOF already had in its permanent collection was an original saddle used by Torchy. It is a leather Brooks seat engraved with a “T” for Torchy. Central to the restoration was the discovery of a stem for the handlebars. A local collector had a Cinelli original that was once part of a similar bike and the restoration was complete. “The replica decal on the rims and the Cinelli stem are very important,” Botman said. 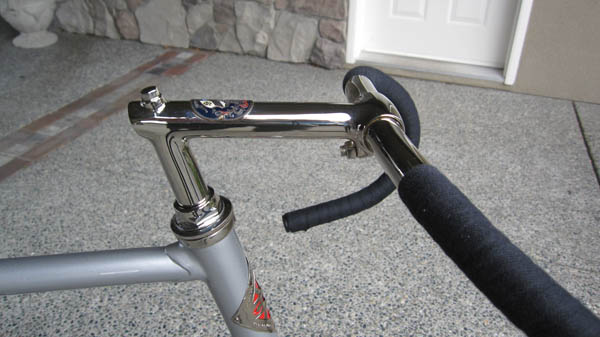 The Cycling History of Greater Victoria display with the two bicycles represents the astonishing changes in technology that have occurred over the past 60 years. Torchy’s bike is as simple as bikes get. It has one speed, no brakes, a frame, a seat and two wheels. These classics represent the simplicity, beauty and efficiency of the machine. 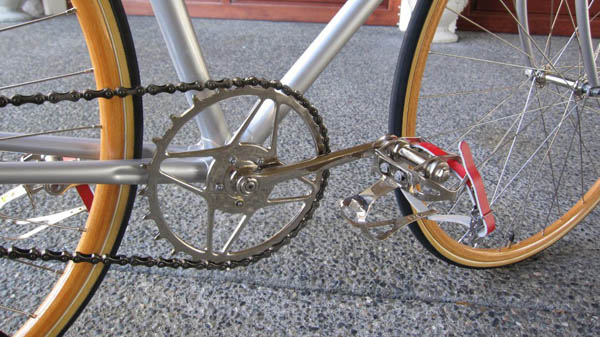 At first glance, Ryder’s modern machine is similar in form; however, upon closer inspection, the evolution of bicycle technology is quite clear. Whereas Torchy’s frame is made from steel, Ryder’s is made from carbon fiber. Torchy’s bike weighs approximately 30 pounds and Ryder’s machine weighs an astonishing 16 pounds. Ryder’s bike also has 20 speeds with the gears shifted electronically, requiring just the tap of a button. The battery pack that powers the electric shifting can be seen on Ryder’s bike. While the technology has changed, the end goal of the bike is always the same - to make the machine as light and efficient as possible in order to maximize the body’s potential as an engine!

Through text, historical and contemporary photographs and the bicycles, the display chronicles the rich history of cycling in Greater Victoria. The display, funded through a generous sponsorship by the Robert W. Cameron Law Corporation, may be seen in the GVSHOF home at the Save-On Foods Memorial Centre.