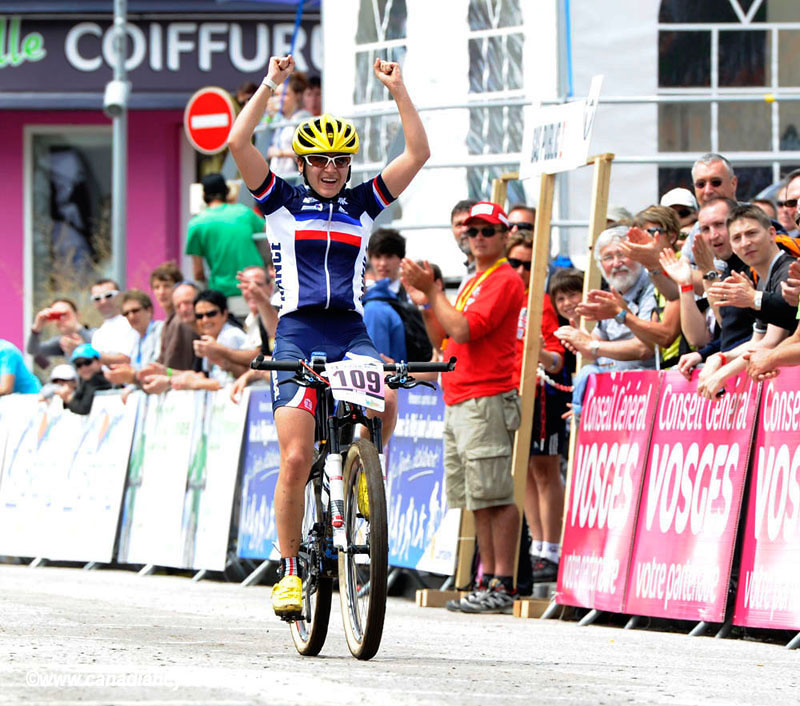 France's Clauzel Perrine was untouchable in the Junior Women's race, catching all but five of the Under 23 field, despite starting one minute behind.  Perrine was followed by French team mate Margot Moschetti, the winner of the previous round a week earlier in Nove Mesto na Morave, Czech Republic.  Germany's Sofia Wiedenroth completed the podium. 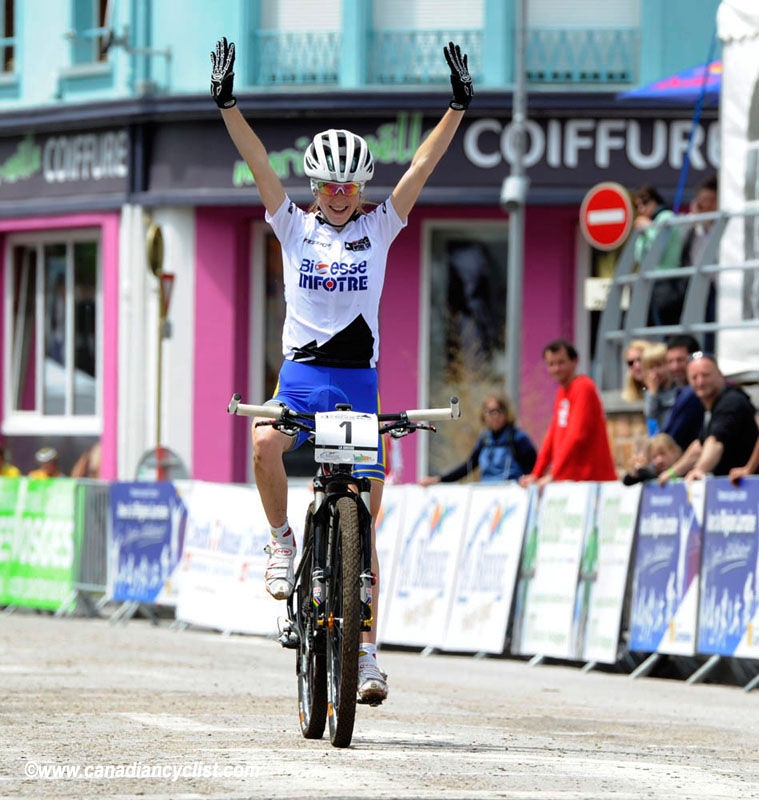 In the Under 23 Women's race, it initially looked like Jolanda Neff (Wheeler-IXS) would repeat her dominating performance from a week ago, as she quickly built a one minute plus lead over World Cup leader Yana Belomoyna (Bi&Esse-Infotre Protek).  However, Neff crashed heavily on the third lap, hitting her knee, and pulled out of the race shortly afterward.

Belomoyna easily held on for her second win of the season, while a battle developed for the remaining podium places.  South Africa's Candice Neethling initially was in third, but faded in the final lap, and was overtaken by both the Australian national champion Rebecca Henderson and Neff's team mate Samara Sheppard, who took the third and final podium spot.

Pichette finished the first lap in 14th place and then moved up in the next lap to 11th, battling Lisa Mitterbauer (Bikepark.ch Craft) for the second half of the race, and managing to hold on for 11th by 14 seconds.  (See our English and French interviews with Pichette here)

In the Under 23 Men's race, Austria's Alexander Gehbauer, who had an incredible ride last week from last to third after a mechanical, proved that he is the strongest Under 23 man in the field this spring by riding away from his rivals to take his second win of the season and regain the Leader's Jersey he lost last week to Ondrej Cink (Merida).

Cink initially tried to stay with his Austrian rival, but was unable to match Gehbauer's technical skills, eventually finishing fourth.  Markus Schulte-Luenzum (Focus-Mig) moved into second place on lap two, and rode a consistent race to finish ahead of Matthias Stirnemann (Thoemus Racing), who was steadily moving up through the field from ninth to take third by the finish.

Guthrie, who has struggled since joining the Under 23 ranks with illness and injury, rode as high as 22nd in the first half of the race before fading slightly in the last two laps.  He outsprinted American Howard Grotts at the line for top North American honours.  (See our interview with Guthrie here)