Adam de Vos:  For the second day we had planned the Camp's epic long ride around the "Ironman Canada" course, which did indeed turn out to be epic. The 170 kilometre ride took its toll and the group enjoyed post ride ice cream on Lake Okanogan. Highlights of the ride included crawling up Richter Pass wondering why anyone would choose to do it on a tri bike, and the beautiful ride through Green Mountain Road to finish off the ride. Thanks again to the all the sponsors of Cycling BC who made the camp possible. 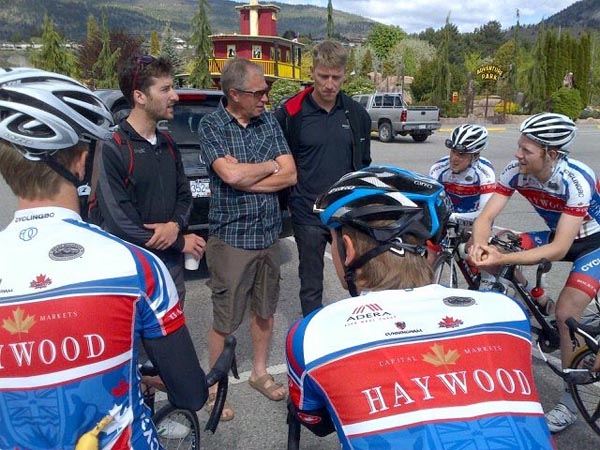 Jesse Reams:  The second day of Camp dawned clear and crisp here in Penticton B.C. I think we were all tired after yesterday's ride but feeling good this morning to start off our three 15 minute TT efforts behind the moto. Our plan was to do about an hour and forty five minutes but that ended up turning into two and a half hours and our legs were feeling the work behind the moto. I don't know about the other guys, but I was tired this afternoon and took a nap before we left for the local crit in Kelowna. Ominous rain clouds threatened as we neared the crit and even sprinkled a little but we some how stayed dry. The crit was not without excitement.  I am now thoroughly exhausted and am going to go to bed, day two in the bag.  THANKS AGAIN to all that make this happen for us lucky riders.. 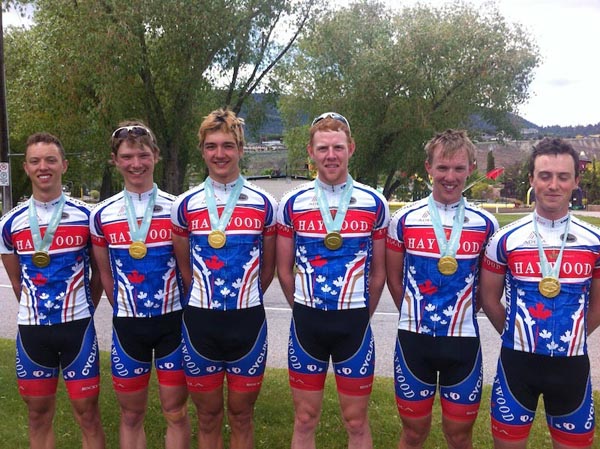 Alex Cataford:  The team arrived in Penticton on Tuesday around dinner time. We went out for a short two hour ride that night with one of the local cyclists and got a taste for the great roads this town has to offer. Although the first night's ride was easy the days following will consist of many hours on the bike for a hard preparation week for June races.

Cody Campbell:  The Cycling BC U23 team finished a hard three day block of training with a long ride around many of the roads used in the Penticton Ironman. With almost perfect conditions everyone was keen to get in some more quality miles and that was definitely accomplished!  The ride totaled 185 kilometres in just under six hours. Needless to say, everyone is looking forward to a recovery day tomorrow before finishing the last three days of the camp. A big thanks to all of the sponsors and supporters of Cycling BC for allowing us to get in some great training on some of the best roads in Canada. 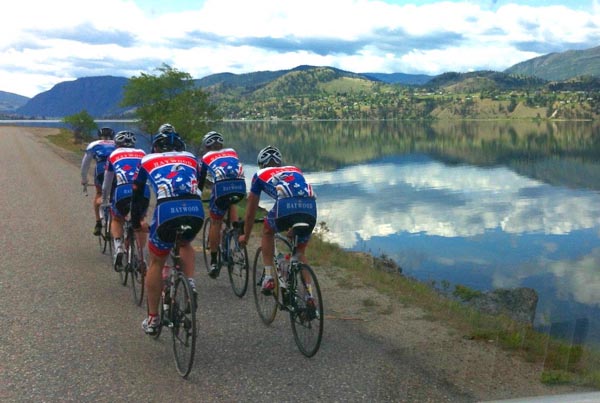 Bailey McKnight:  Today marks the fourth day in Penticton with the Under 23, Cycling BC development team. We have been lucky to see nothing but sun, and these days of hard work and good riding will prepare us for the upcoming national championships. These days in the saddle have been made much easier with great guys and amazing support and i would like to thank all that have made this camp possible. Hopefully the sun will continue to shine and the rest of the camp will run as smoothly as it started. Thanks for the support! 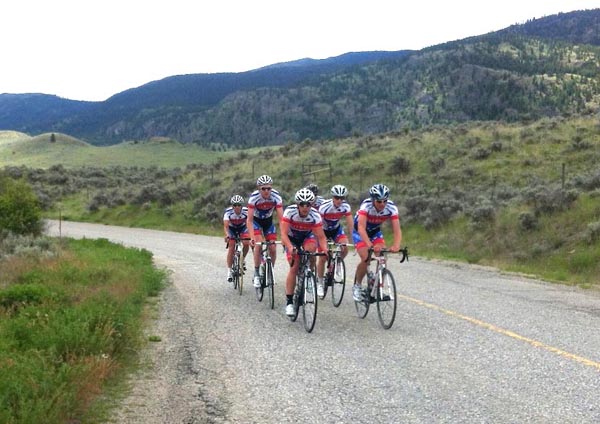 Jacob Schwingboth:  The camp so far has been a blast. Penticton is one of the most beautiful places to ride in the world. I think this is the best possible preparation for a hard rolling race at nationals this year.