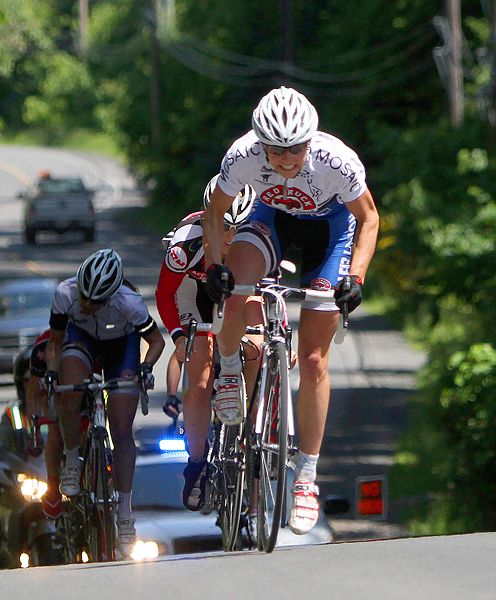 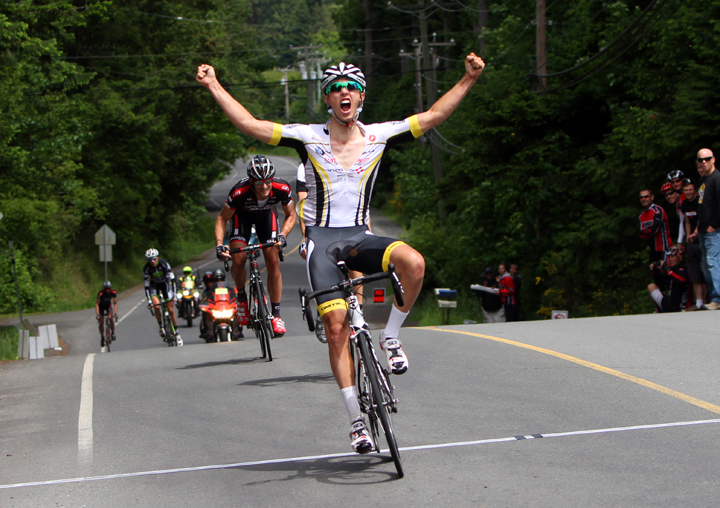 Schwingboth and the top lead eight riders broke away early in the 120-km men’s race, but he held on for a sprint at the end, ahead of Specialized / Russ Hay’s time trial winner Rob Britton (Team H&R Block) and Tim Abercrombie. The top five sprinted for a 3:08:43 finish.

Both Schwingboth and Lehmann hope to be BC’s and Canada’s next generation of cycling stars.  “I certainly am aiming for the 2016 Olympics and to turn pro,” said Schwingboth, after being crowned B.C.’s best.