After suffering through a mysterious illness, mountain bike racer Andrew Watson (Norco Evolution) believes he is on the road to recovery.  “I had some illness earlier in the spring, just eating into my training a little bit.  Right now I’m just focusing on getting some fitness back and getting back to being healthy.”

Working with his physician, Watson thinks his ailment has been diagnosed, but is awaiting confirmation.  “I think we’ve figured out what it was, but I’m still waiting to see if that’s what it was or not.  But I think we’re on top of it now.  I feel pretty healthy now.  Now it’s just getting the training in.” 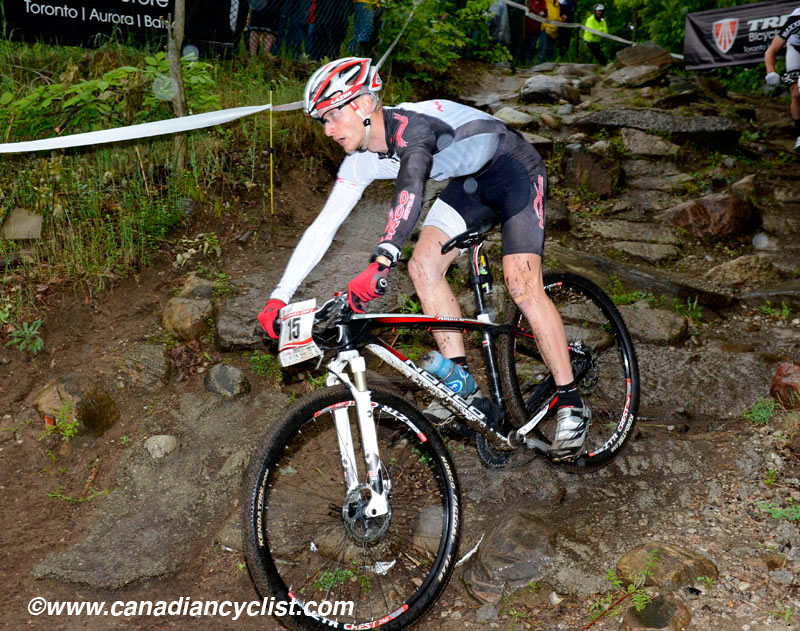 Despite his health issues, the 2010 Canada Cup overall champion has continued to compete, and was pleased with his effort at the Mont-Ste-Anne world cup.  His 35th-place finish was fourth-best among Canada’s elite men. 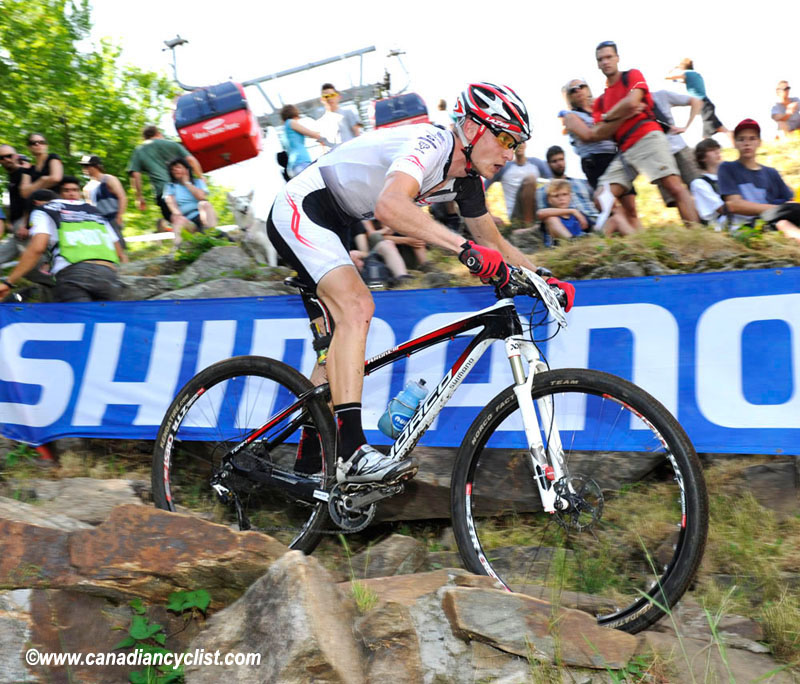 Not including the Canada Cup at Hardwood Ski & Bike, yesterday’s race at Naughton was Watson’s first Ontario Cup of the year, and he had words of praise for the organizers.  “They did a really good job with all the exposed rock sections and rough downhills.  I really liked it.  It’s one of my favourite O-Cup courses of recent years, for sure.”

A crash at the start saw Watson at the back of the field, but after gathering himself he reeled off a string of steady laps, passing the majority of the field to finish fifth on the day.  “It’s just such a rough course.  There were guys flatting all over the place, breaking chains. I think the key for today was just riding as smooth as you could and just salvage whatever you could.”

The Craighurst resident rode a 29er hardtail, which he felt was an appropriate choice. “The hardtail 29er rolls over roots and rocks really well so it’s a pretty good compromise (compared to) a full-suspension.  It climbs really nice, and then on descents you just suck it up a little bit. It’s a little rougher but I think overall it’s a pretty fast bike.”