How strongly 650B can assert itself alongside the two established size giants is unknown. But one thing is for certain: several bike manufacturers are already working on this size. 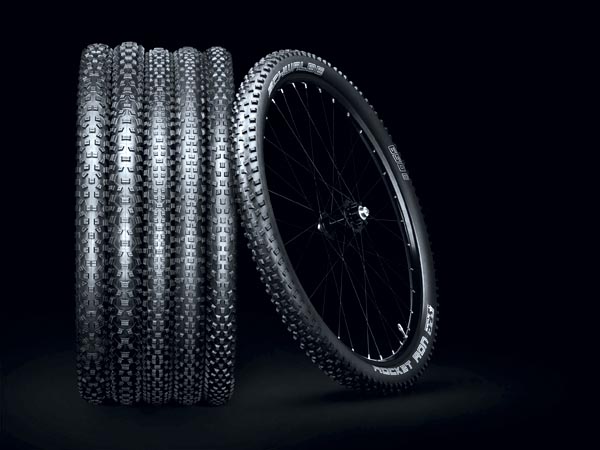 No sooner had 29ers been established in the marketplace another new wheel size became the focus of attention. But while the twenty niners took almost ten years to prevail in Europe, 650B was already the topic of discussion at international meetings such as Taipei Cycle Show, Sea Otter Classic (USA) and Eurobike 2011. 650B is not entirely new, but rather an old French measurement which has existed for decades, and has now been rediscovered for MTB. It will also be referred to as 27.5 inches and correspond to rim diameter 584 mm.

"650B bikes have some technical advantages that make sense," says Schwalbe Senior Product Manager Markus Hachmeyer who, several years ago, introduced the Racing Ralph 27.5 x 2.25 to the range. At Eurobike, Schwalbe will have expanded virtually all of its MTB range for 2013. Racing Ralph, Nobby Nic, Hans Dampf, Rocket Ron and Rapid Rob cover nearly all MTB terrain conditions.

650B-bikes combine the advantages of the 29er and 26 inch models - virtually the best of both worlds. They ae quiet and more stable, roll as easily as a classic 26 inch and have better traction. At the same time they are also more agile and responsive than 29ers. In addition, longer suspension travel is easier to realise on a 650B. Whereas 29ers are rarely available with more than 130 millimeters of travel by design without major disadvantages, 650B bikes can be built with greater suspension travel. Naturally, smaller riders will be interested in the compact-650B bikes as an alternative to 29ers.

"650B forms the happy medium between two bike worlds, instead of just the right balance between two established sizes," summarises Markus Hachmeyer.

It is yet to be seen in the long term whether these three sizes, 26 inch 29 inch and 650B can co-exist together.