In 2006, at the Mountain Bike Worlds in Rotorua, New Zealand, one of the gifts given out to the journalists was a pair of merino wool socks by a local Kiwi company called Icebreaker.  They were great socks, and I mentioned it to the race organizer in a post-event e-mail.

Subsequently, I received a package in the mail with some more socks and a t-shirt made from the same merino wool from Icebreaker, and since then have bought some more short and long sleeve tops, now that the the brand is available in Canada (both online and in selected stores).

I tell you all this as a disclosure of my bias in favour of the company before discussing their introduction of cycling-specific clothing to the market.

I'm old enough, that when I started cycling (back in the days when ten gears on a bike was still a fairly new thing, and Shimano Dura Ace was a brand new upstart to tried and true Campagnolo...) everyone wore wool, because there was no lycra, spandex or polypropylene, no sublimation, and wool was the breathable fabric of choice.

However, wool (in those days) had numerous problems - it was itchy; when it got wet it absorbed water like a sponge, adding weight and sagging like Keith Richard's face; and it smelled really bad after you had been riding and perspiring in it for a few hours...

The new fabrics from Icebreaker aren't like that in the least.  They're lightweight, come in multiple colours, wick away moisture efficiently and - even more than any lycra/spandex material - do not smell after extended use.

Icebreaker sent a pair of their new Circuit bib shorts and a Cadence jersey for me to test.  The jersey has the fit of any traditional jersey - not quite as snug as a form-fitting spandex version, but no loose sections to flap in the breeze.  It has a front half length zipper, and three pockets on the back, plus a separated zippered pocket on the outside of the right main pocket.  My tester came in two-tone yellow; the for sale version is available in solid red or black.  It is available in sizes Small through 3XL; I'm a pretty big guy, and an XL fit me fine, with enough length in the body.  There is a women's version, called the Viva, which has the same features, and is also nice and long in the body. 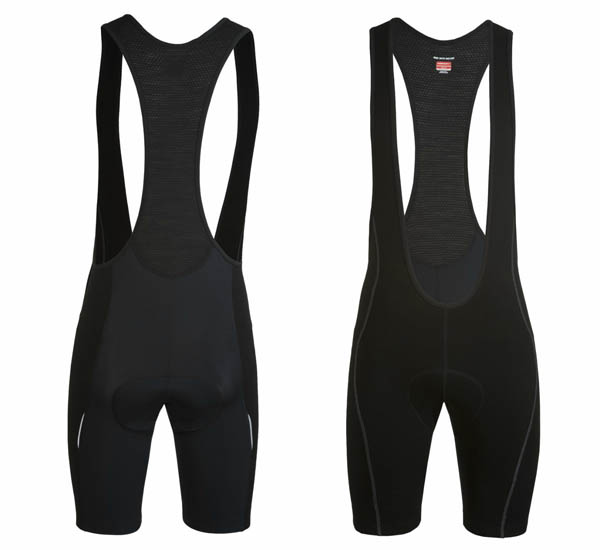 The shorts come in standard black, in an ergonomic six panel cut, vented back panel to the bib, with an anatomic moulded synthetic chamois and good elastic grippers at the bottom of each leg.  Sizing is pretty standard, in Small through 3XL.  For the cool weather they also make a 3/4 length knicker version (with chamois, non-bib). 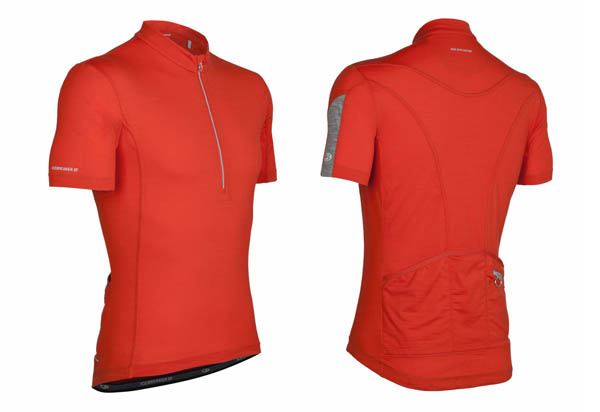 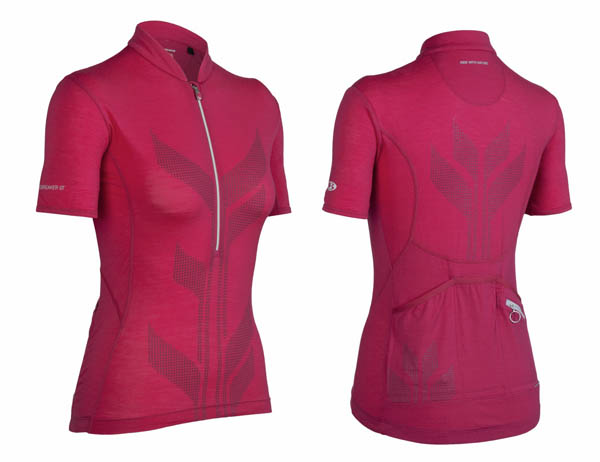 I've had a chance now to use the kit through a couple of seasons - cool and damp spring, plus hot summer riding.  The material is superb - comfortable and wicks away moisture without getting that somewhat slimey feel that soaked spandex can get.  I never felt overheated due to it being wool, and it actually helped retain a bit more heat than other artificial materials would, when I was caught out on a spring ride that turned a lot cooler than expected.  The fit is also very good, with none of the bagging and sagging that old wool always developed after it had been ridden in for a while.

The only downside for me was the chamois - it was not as comfortable as a number of other brands I have used.  I think it is unlikely that Icebreaker developed their own moulded chamois; they probably put in a generic one from some manufacturer.  However - and it's a big however - it needs to be stresed that this is very much a personal matter, just like a saddle.  There have been some brands that I have sworn by in the past, only to be less enamoured when they come out with a new version.  Icebreaker advertises a Freedom To Try policy.

The bottom line is that if you are looking for comfort and performance over fashion, then it is very hard to go wrong with the new Icebreaker cycling kit.

Check out the Icebreaker line of cycling clothing and other technical wear at icebreaker.com