The first day of head-to-head racing in the BMX Olympic competition saw the men's field reduced from 32 to 16 in the quarterfinal round.  Riders raced in four heats of eight, with the top two from each heat after three rounds moving on to the semifinals, and then two more from each heat joining them after two more rounds of racing.  Riders had their finish positions added after successive heats, with low scores moving on.

Canada's lone entry, Tory Nyhaug, started well with a third in the first race, but then was caught in a crash in race two, finishing seventh.  Race three saw him get boxed in by traffic on the first turn, finishing sixth, so he did not qualify among the top-two for his heat, and had to race two more times.  In the fourth race, he improved to third and won the final race, but it wasn't enough, finishing one point out of fourth, and thus concluding his Olympic competition.

Tomorrow, both the men and women will race the semifinal round, and then the top four from each semi will make up the final eight that contend for the medals.

"It was an amazing day of racing and I'm proud to be a part of it.  I gave it everything I had. and I left it all out there. I'm just missing it by one point but I'm really proud of myself battling through.  That's BMX, it happens."

You won the last round in your heat.  Where you happy with that?

"Yah I won the last round, and I'm happy with the whole day of racing.  I just had some bad luck with a couple rounds.  Good luck to everyone else tomorrow. It's a pretty amazing thing to be part of this." 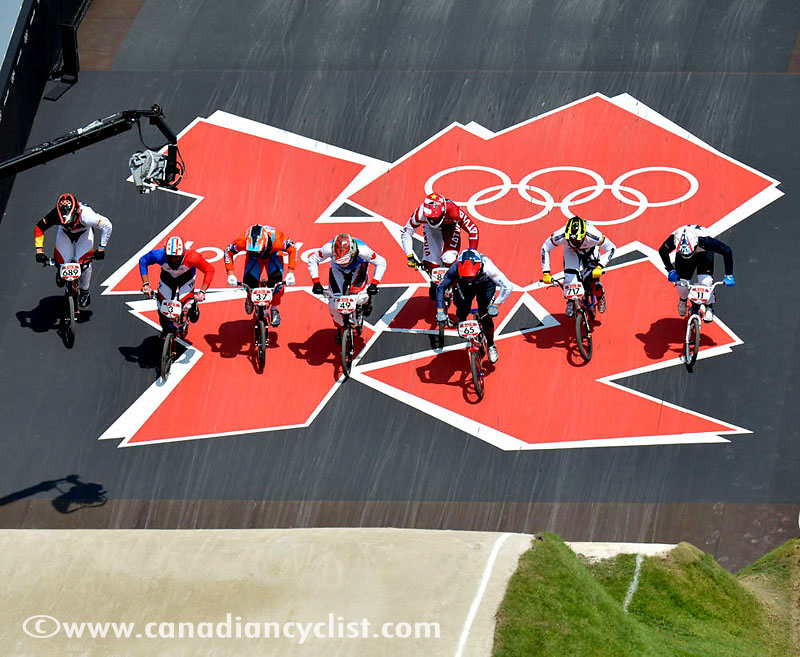