The Junior women faced the worst condition so far in the championships, with rain sweeping in part way through their 15.6 kilometre race.  One of the riders impacted by the conditions was Canadian Junior champion Saskia Kowalchuk, who crashed early in her ride on a wet road marking, requiring a bike change.

Conditions improved for the final riders, but it likely wouldn't have had much impact on the final results, since Barker was clearly the strongest rider, leading at both splits, and beating Cecilie Uttrup Ludwig (Denmark) by nearly 36 seconds.  Demi de Jong gave the Netherlands their first individual medal of the championships with third place.  Kowalchuk finished 40th and Allyson Gillard 37th.  (Note:  We will be posting interviews with both riders) 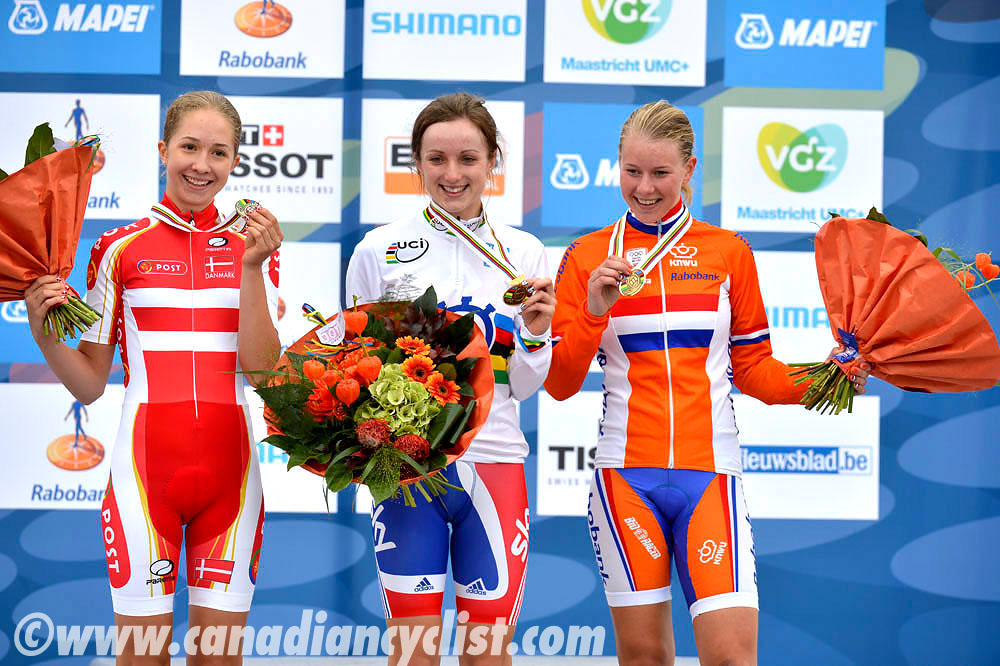 The weather and roads had dried up for the 24.1 kilometre elite women's race, but the wind had also picked up.  Ina-Yoko Teutenberg (Germany) was the first to reach the 34 minute mark, with 15 riders to go, and her time held up until Ellen van Dijk bettered it by nearly 40 seconds with seven riders remaining to finish.

van Dijk had no time to enjoy the lead, however, because Evelyn Stevens (USA) was the next finisher, nearly 20 seconds ahead.  Stevens gradually ramped up her effort, to pull ahead convincingly on the final clib up the Cauberg.  However, Arndt went out hard from the gun, seven seconds up at the first split, ten seconds at the second split and then flying up the Cauberg to win by 33 seconds.  Arndt has announced that she will retire at the end of this season. 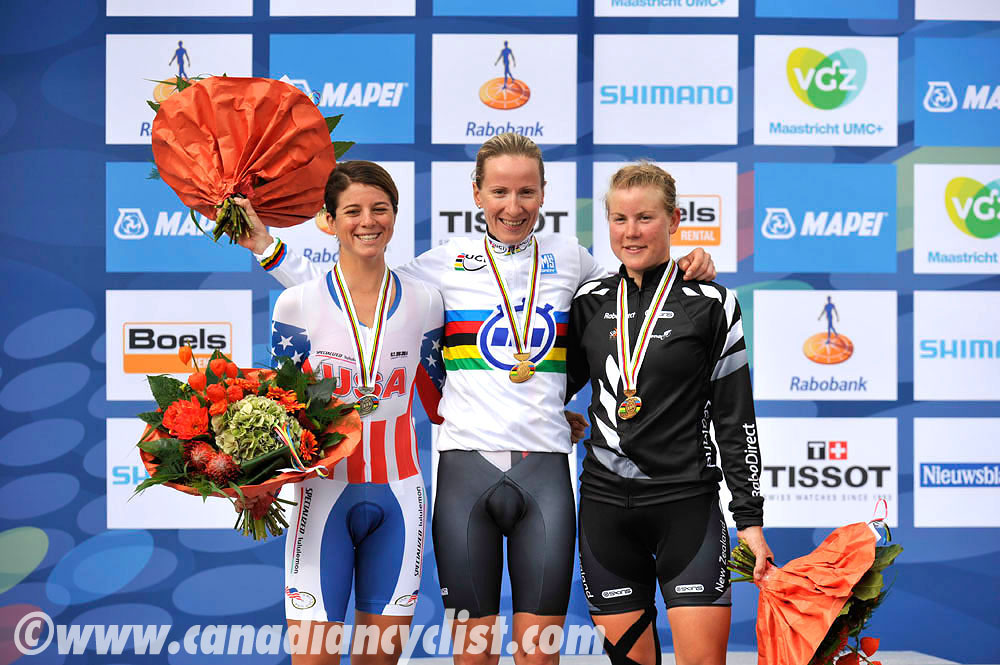 Canada had two riders in the Elite women's race - Numainville in 21st and Rhae Shaw in 22nd.  (Note:  We will be posting interviews with both riders)