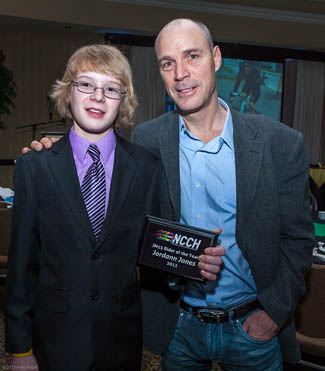 “2012 was an extraordinary year for our riders,” said head coach Rick Lee. “This is a testament to the hard work and dedication of the team all the way from development riders to our elite competitors.”

The more than 150 people in attendance at the awards were told the Tri-Cycle School Program has introduced cycling to about 10,000 students at 50 area schools and will bring an additional 75 riders into the development program for 2013. NCCH expects to have its program supporting 150 riders this spring.

Lee and others were pleased with Bauer’s comments about the success of NCCH. He praised all who contributed to the growth of the development program at NCCH and acknowledged how important it is to support cycling at the junior level. “It’s a great boost to have Steve Bauer recognizing our accomplishments,” said Lee.

Junior Women’s National Time Trial Champion Saskia Kowalchuk was jointly awarded the 2012 Rider of the Year, which she shares with Ben Perry; an elite men’s rider with the 2012 team who is now off to Belgium to race this season with the Lotto Belisol Under 23 squad.

NCCH plans to leverage track cycling infrastructure being added in the region in advance of the 2015 Pan Am Games. “Track cycling was an area where we surprised a number of people last season,” said NCCH president Lloyd Fairbairn. “As we build our plans for the coming season, we’ll have a major focus on the track with the Milton Velodrome opening in 2014.” 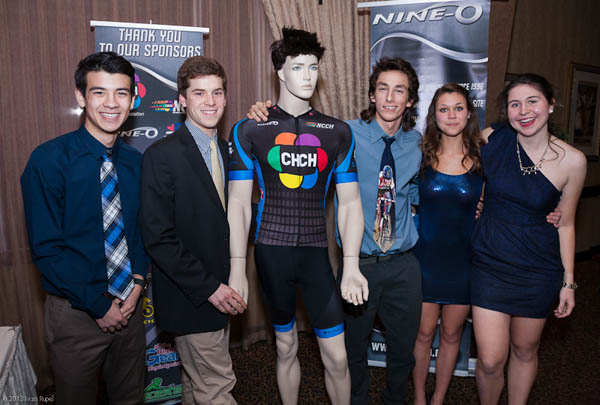 Below: Ben Perry and Saskia Kowalchuk 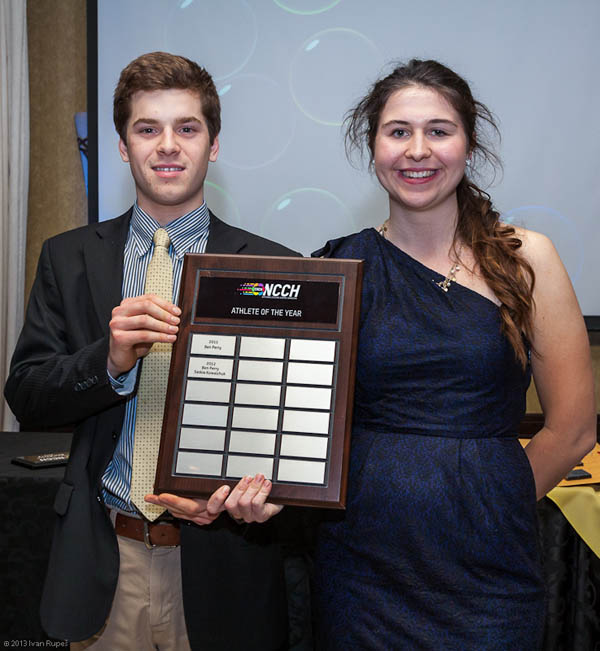