Team TIBCO will jump into the new season at full speed when it opens proceedings with the UCI Tour of Qatar. The Team sent a fast six-rider squad to what is usually a sprinter’s race. 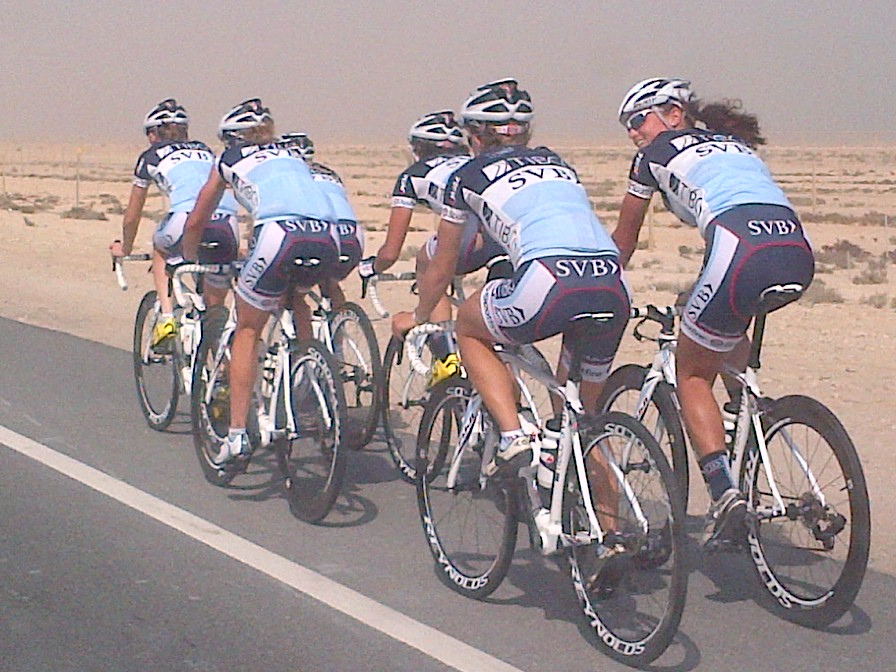 “If you look at the previous editions of this race it is always for the strong sprinters who know how to race in hard, windy conditions,” said new Team TIBCO Directeur Sportif Manel Lacambra. “In our team we have some faster riders and we will have different cards to play.”

Those cards include U.S. Olympian Shelley Olds and New Zealand Olympian Joanne Kiesanowski, along with young Dutch speedster Chantal Blaak. The squad also will have the benefit of experienced German Claudia Hausler. They’ll have the support of Canadian Olympian Jasmin Glaesser as well as second-year pro Anna Barensfeld.

Kiesanowski comes into the race after earning a hard-fought third place in a hot New Zealand National Championship Road Race, while Glaesser starts fresh off earning a gold medal in the Team Pursuit at the recent Track World Cup in Mexico. Despite the fact that five of the six riders on the squad are new to Team TIBCO, they aren’t new to Lacambra.

“I’ve worked with four of the six in past years,” he said. “We go to Qatar with experienced riders who will know how to race and what to do to get the best result for the team. Team TIBCO will always race to win and we are ready for it. If the girls race well and give 100 percent, I am sure the good results will come along.”

For 2013, the Qatar - which is organized by the same race organization that stages the Tour de France - will expand from three to four stages. The race starts with a 97 kilometre stage beginning in Doha. That’s followed by stages of 96 and 112 kilometres, before finishing back in Doha with an 86.5 kilometre stage on Friday.

Along with the Team TIBCO debut of Lacambra and several riders, the Team will also debut their new Shimano-equipped Fuji Supreme 1.1 bikes.