Canadian road and track rider Zach Bell has signed with the Champion Systems pro continental team, the third former SpiderTech rider to do so, joining Ryan Roth and Ryan Anderson. Bell, who represented Canada at the London Olympic Games in the Omnium, has made a quiet return to cycling after a difficult personal time while he, his wife Rebecca, and their families coped with the tragic loss of their son Paxton. We spoke with Zach from his Vancouver home, which he has just returned to after attending the Champion Systems training camp in California. 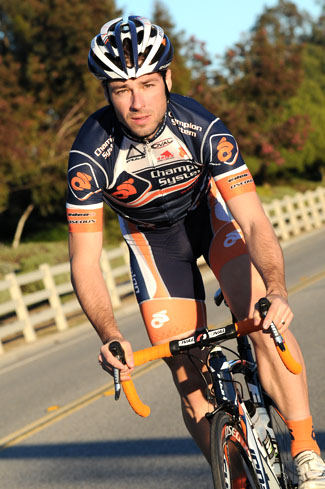 Canadian Cyclist: You were one of the riders left hanging after SpiderTech decided not to field a team this year. How did the Champion Systems connection happen?

Zach Bell: I think Steve [Bauer] and everyone at SpiderTech worked really hard to place everybody, and I don't think I was an exception to that. It just was a difficult time for me to make a decision, but they continued to work on my behalf, so the late signing is more my delay, as I worked through family issues. But Kevin [Field - Team Director] especially worked really hard to keep doors open, and Ed [Beamon] at Champion Systems was really accommodating.

I think Ed knew the guys he wanted to have on the team, so it wasn't really a matter of wanting to just fill a spot, but that he needed to have certain guys. So, that made it easier for me to make a decision in my own time. It was like 'this is your spot, and when you're ready we'll have a conversation about it'. It's pretty exciting to be able to move to a team that's at the same level that SpiderTech's been racing at - Pro Continental - and continue the work I was doing in cycling.

CC: Did the fact that SpiderTech team mates Ryan Roth and Ryan Anderson were on Champion Systems factor into the decision?

ZB: I don't think it was a factor, in terms of which team I would pick. But it's a positive thing for sure, I really like racing with both of those guys. But I wasn't going to go to a team just because certain guys from [SpiderTech] were on the team. I think we all have to make our own way and make the best choices for ourselves as riders. But those are two guys I liked racing with really well in the past, and so I'm really excited to be racing with them again. I'm not sure how much our schedules will overlap, but I know when we do race together it will be a positive thing for the team. 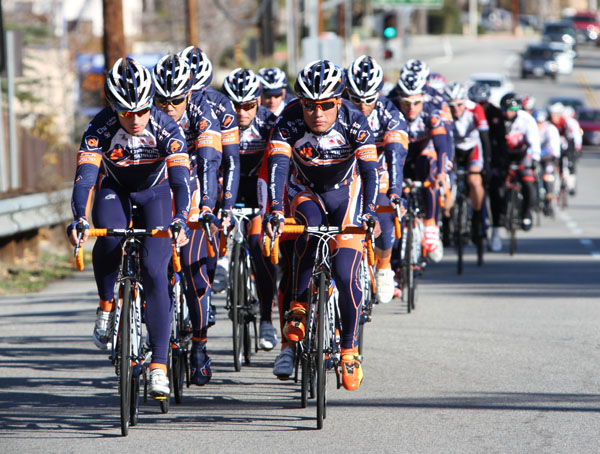 CC: Unlike a lot of riders, you are both a track rider and a road rider - you went to the past two Olympics on the track. Have you discussed with the team coordinating a road and a track program?

ZB: My plan from after the Olympics, even before everything went on with SpiderTech and my family, was to focus on the road. I'm going to put a lot more energy into the road than I have in the past, because I think at the Pro Continental level you can't get away with being track fit at the [road] races anymore.

I've reached a point in my career where to progress I need to focus more energy on the road and take a similar path to the other really successful track riders, where I put all my energies into the road. It will really build that endurance fitness and give me the opportunity to get more results on the road. Also, it will put me in a really good position to make a strong contribution to the Canadian track program, but just at select, bigger events. 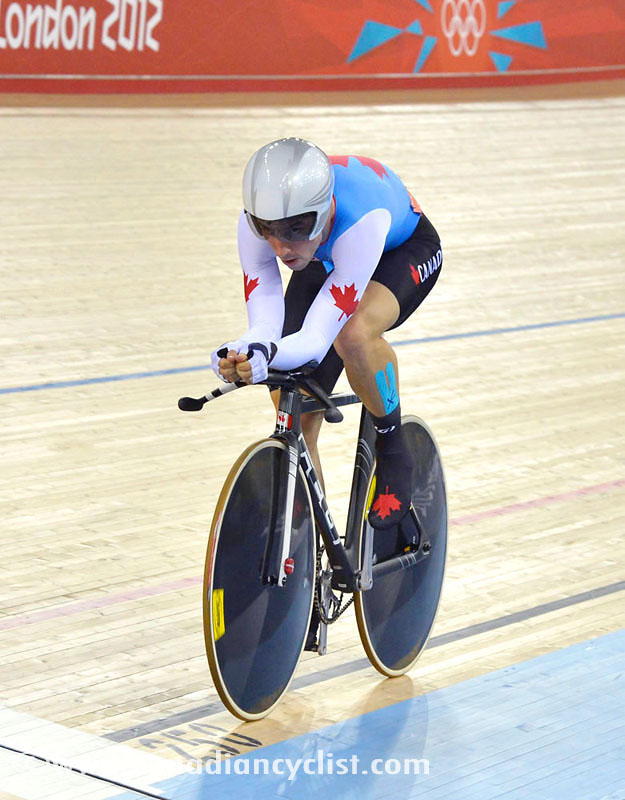 I think the CCC [Cycling Canada] understand that they have to develop more depth within the men's endurance program, and by vacating that spot a little bit it gives some guys a chance to have something to work towards at the [smaller] events, and I think with the uncertainty around the Olympic program and what's going to happen with track events, this is a really good year to do that [focus on the road]. A lot of the races [on the track] could change and a lot of the structure could change, so I think that right now it's better to focus on the knowns, and right now the knowns for me are on the road.

CC: Have you discussed with the team what your role is going to be?

ZB: My role has always been to contribute in the speed engine, like the lead outs in the sprint. I've got a really good kick, and I think one of the challenges I've faced in the past has been preserving that speed until the end [of a race]. I think I showed in the Sprint Challenge [at the Quebec City World Tour race] that I have the speed to race with the fastest guys in the world, it's just a matter of getting to the end fresh enough, and I think that's where the bigger road schedule is going to come in, where I am getting longer blocks on the road through the year.

I think I'm going to be used in the lead out, and sometimes as the last guy in the line. And I think the time trial is still a place where I can make some inroads, too [Bell has finished as high as second to Svein Tuft at the Nationals]. Maybe not the big long ones, but I think certainly prologues and some of the shorter time trials in stage races.

CC: And what about your schedule?

ZB: In terms of schedule, right now, with the later start to my training and everything, the team's been really flexible, making sure my transition to being away from home is going to be a slow one, so it's going to be a few races in the spring in Asia, that are going to build the fitness.

CC: What about in Canada? There's Beauce, obviously Nationals, then the new Tour of Alberta and the World Tour races in Quebec and Montreal. Is it too early to know which of those races you will be at?

ZB: I assuming Nationals. National championship jerseys are as important to our team as to anybody. In particular, because of the multitude of nations we have on the team [14], I think it's going to be a pretty big goal for the team this year. So, I assume that we are going to do that. We [Bell, Roth and Anderson] were talking about that, because it [Nationals] could be interesting, since it will be the first time in quite a few years that there hasn't been one dominant team.

The team's done Beauce in the past, and Ed's a big fan of Beauce [he has won it previously running Navigators]. But we have some others races that overlap there. I really enjoy Beauce, and I'd like to do again, but some other races we have might suit me a bit better, so I'm not sure, we'll see what the plan is.

As for Alberta and the World Cups, I don't know what our program looks like, in terms of whether we're invited or anything like that. Certainly I'd like to do those races if the opportunity arises, but really any races I can do will be welcome. But I think the team has shown interest in any races that they can do in Canada. I think with the Canadian guys on the team there's just that much more incentive.