Laura Brown of Vancouver, BC, Gillian Carleton of Victoria, BC, and Jasmin Glaesser of Coquitlam, BC, will represent Canada at this year’s event held in the capital city of Belarus, which runs from February 20th to 24th. 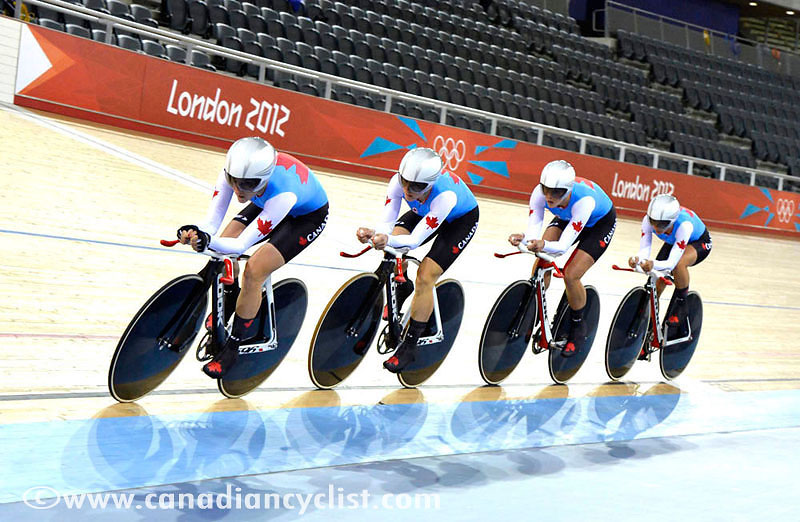 The three athletes, two of them whom won a gold medal for Canada in the women’s Team Pursuit at the recent UCI World Cup in Mexico, will try to defend Canada’s bronze medal performance from the 2012 World Championships.

Carleton and Glaesser were members of the Team Pursuit squad that won the bronze medal for Canada at the 2012 Olympic Games in London.

“Our preparation for these World Championships has been much more relaxed following the Olympic Games, with the team only getting together in January for its first World Cup. However, with the additional rest and time spent at home, our recent blocks of hard training have been very productive and positive, and we hope to harness those good feelings in the Team Pursuit next Thursday,” said Carleton.

Along with the Team Pursuit, Carleton will also take on the Omnium, an event in which Tara Whitten has had plenty of international success over the past Olympic cycle. “I have also been selected to race the Omnium, after finishing fourth at the World Cup last month in Aguascalientes, Mexico. Although my training focus has been the Team Pursuit, I am really excited to do another Omnium against the best in the world and gain valuable experience for next year, when I hope to be competitive for a medal position.”

Jacques Landry, Director of High Performance for Cycling Canada, is confident the team will do well. “The girls have shown they are a force to be reckoned with, winning bronze at the Olympic Games and taking the gold medal at the last World Cup of the season. They have been hard at work in training camps since Christmas, and this work should translate to success at this year’s World Championships.

“Although we are not sending a full and complete team to the event, we know that the program is on track for continued success for the 2016 Olympic Games,” added Landry.

Brown will race the Individual Pursuit on top of the Team Pursuit, while Glaesser will race the Points Race - an event in which she won the silver medal at the last UCI World Championships.