Zach Bell (Champion Systems) has finally won the national road title that has been eluding him, outkicking Ryan Anderson (Optum-Kelly Benefit Strategies) on a 200 metre  uphill sprint after more than 180 kilometres of racing in Quebec.  Antoine Duchesne (Bontrager) repeated as the Under-23 champion, finishing third overall, just behind Anderson.

The race, through the rolling terrain and rough roads of the Beauce region, took the riders approximately 30 kilometres north of St-Georges before they tackled a 15 kilometre loop eight times and then headed back for the finish.

After a six kilometre neutralized start, that took the riders through a section of gravel, the race proper was restarted, and attacks began soon after 54 year old Louis Garneau (Equipe Garneau-Quebecor) took an almost ceremonial break off the front before retiring from the race after the first hour of racing. 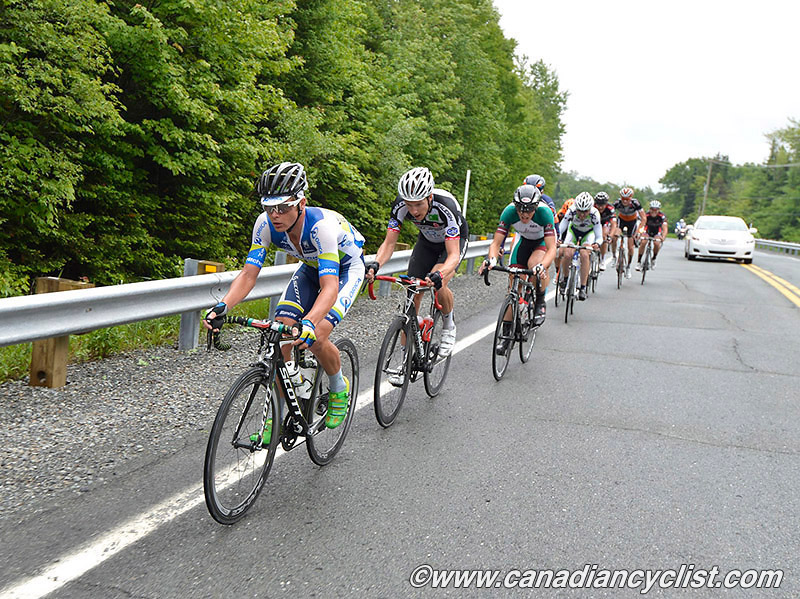 Christian Meier (Orica-GreenEDGE), who had just missed out on the time trial title two days earlier, put in a strong attack, taking Anderson and a few others with him.  After that, small groups jumped across over the next ten kilometres, until by the 20 kilometre mark there were 12 riders nearly two minutes down the road.

The front group was being driven by Meier, and by the start of the circuits was nearly two minutes up on the peloton.  While the leaders settled into a steady tempo that was increasing the gap, the peloton behind was being torn apart.  Attacks and flats broke the peloton into two groups, with Rollin and Parisien in the first half.  The two tried to organize a chase, but had limited success, instead just reducing the size of the group each lap.

The leaders were forging on, and had a 3:30 gap by the halfway mark in the race.  Rollin and Parisien were tearing the chase apart on the climbs, and their group steadily shrunk to just four riders at 2:30 with a lap and a half to go.  However, that was as close as they would get.

The leaders lost Cataford before they exited the circuit, and then Meier dynamited the group with an attack 30 kilometres from the finish line as they headed back into St-Georges.  The chase was slow getting organized, and Meier went out to 32 seconds, but that was as much as he would get.  Behind, Routley, Britton and Cooper were the first to chase, and three others managed to bridge up to them - Bell, Anderson and Duchesne.

Britton jumped on the climb, joined by Cooper and Routley, but the others clawed their way back.  The remaining five kilometres were mostly downhill or flat so, despite multiple attempts, no one could get away.  Making the final right hand turn into the 200 metre kicker up to the finish line, Bell went to the front and easily held off Anderson for the win. 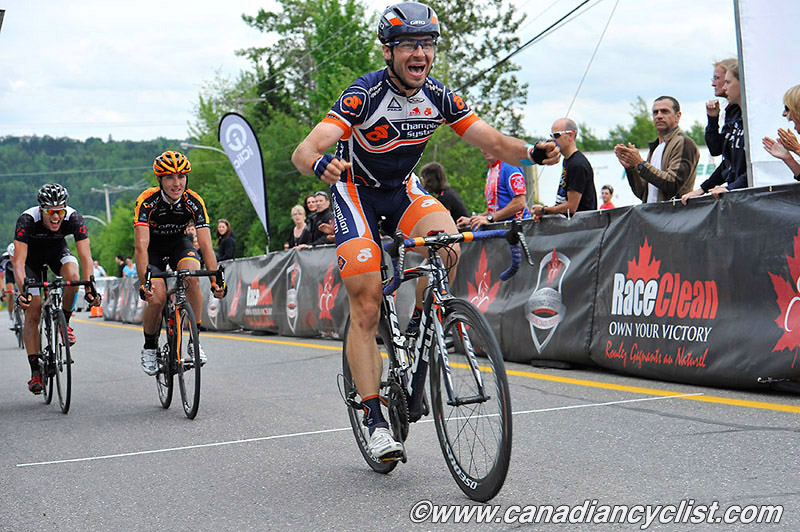 "It's pretty surreal. There have a lot of people telling me that I was capable of winning. This year, I knew coming off Korea that I had good form. I knew the course was really similar to some of what we were doing over there."

"Today, it played out exactly how I wanted it to play out," explained Bell.  "I wanted to make a selection early, and ride it away. I did a lot of work in that group to try to keep things moving, as did everybody else. There was a lot of interest to keep it going.  We knew there would be two groups immediately. I knew a lot of the guys in my group from previous teams so we worked really well together." 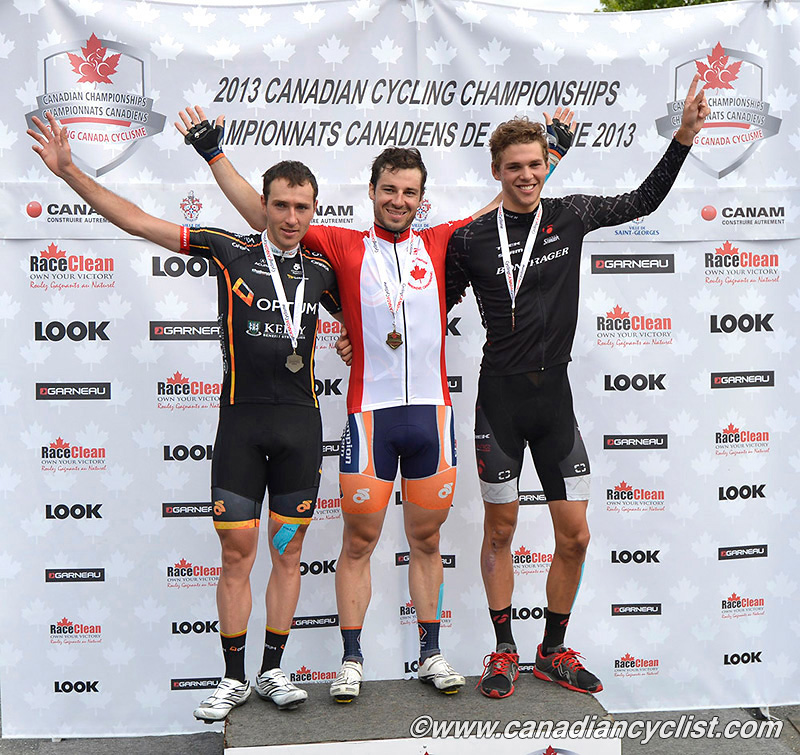 - This is the first race for Ryan Anderson in his new Optum kit.  Anderson signed in the off-season with Champion Systems, but decided that he would prefer to race more in North America, so signed transfer papers at the beginning of June.