Team Baier Landshut cyclist Florenz Knauer, who made the trip from Germany to race BC Superweek, might want to look at coming back to Canada a little more often after sprinting for the win at the 7th annual Giro di Burnaby on Wednesday night. 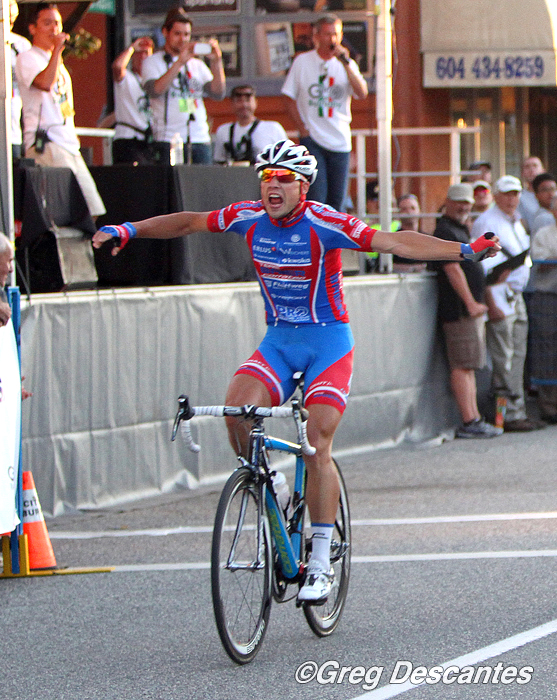 It was the 24-year-old’s third straight appearance on the podium at BC Superweek after third place finishes in Wednesday’s Global Relay Gastown Grand Prix and Tuesday’s UBC Grand Prix.

Knauer finished the 45-lap Giro di Burnaby circuit along Hastings Street in one hour, 20 minutes and 29 seconds. He made a bit of a risky move with two laps to go as he pushed to win the crowd prime and then still have enough in the tank to go for the win.

“I was confident I could win that prime and the race,” said Knauer, who won the Tour de White Rock Homelife Realty Hill Climb as part of BC Superweek last July.

Six riders broke away from the pack early in the race and two of the six were members of the Predator Carbon Repair team - Cody O’Reilly and Dion Smith.

“I was thinking that one of them would attack,” Knauer added. “But I didn’t worry about it too much though because I was feeling so good today and I’m very happy to get the win.”

Finishing second was O’Reilly, who’s from Santa Barbara, California. His best recent result is a second place finish at the Tour of Americas Dairyland criterium ten days ago in Wisconsin.

Teammate Smith was a close third after finishing fourth and just missing the podium in Friday’s MK Delta Lands criterium. It’s the New Zealander’s second best result in three years of riding as a professional. His best is a second place general classification finish at the 2011 Tour De L'Abitibi Desjardins. 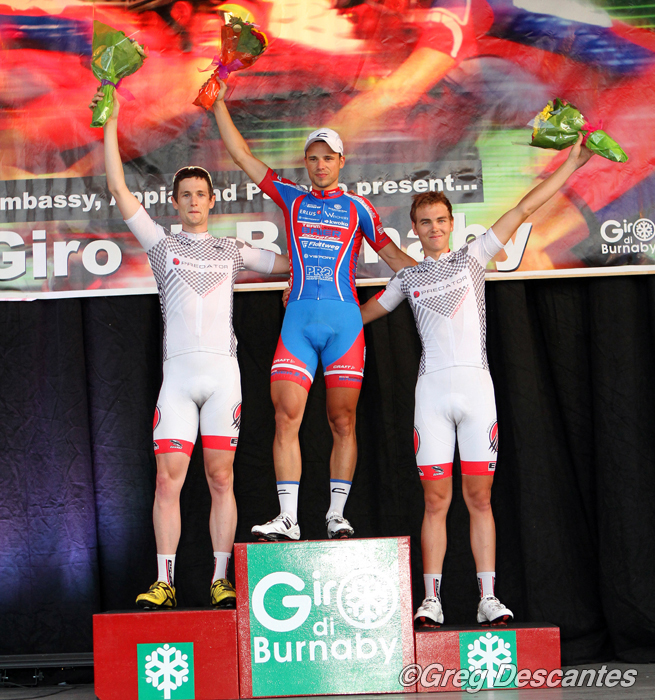 2013 Canadian National Road Race Champion Zach Bell was among those in the pack, trying to catch up with the breakaway. He noticed there wasn’t a lot of cohesion within the group to catch up to the break.

“Obviously it was just guys attacking, trying to bridge across and I figured the way the field is this week that if one of the big teams is content to stay away and the guys dictating everything has been Optum (p/b Kelly Benefit Strategies) so it was pretty obvious they were happy with that pretty much as soon as it went and I tried not to wait too long to bridge across, but every time I did I had quite a few guys on my wheel,” Bell expressed. “After last night’s effort in Gastown, I didn’t have a whole lot of ‘snap’ to get rid of them so it was either drag it or wait so I did the best I could.”

Women's Race
Team Optum p/b Kelly Benefit Strategies rider Denise Ramsden of Yellowknife broke away from a group of six riders with two laps to go and held on to cruise to the win in the women's race at the 6th annual Giro di Burnaby. 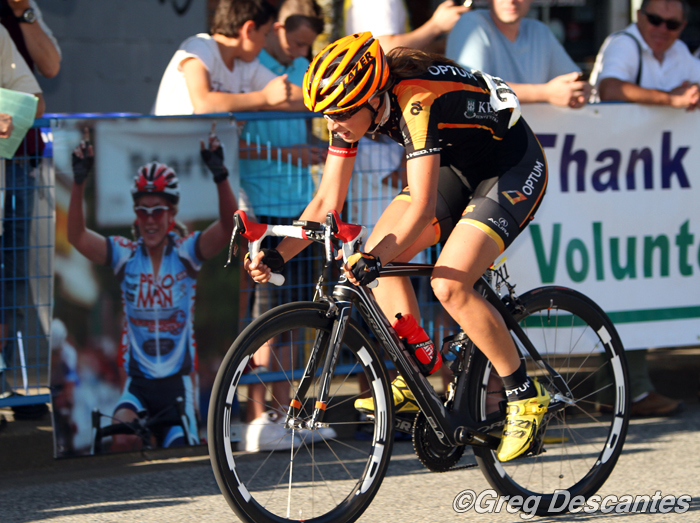 "I'm not much of a sprinter and when I went with two to go, I was worried that would be too short," explained Ramsden, who competed for Canada at the 2012 Summer Olympics in the women's road race. "I figured I could probably hold on for two laps."

The UBC grad was being chased by Team NOW and Novartis for MS, which had eight riders in the race, but Ramsden was trying to be calculated with her strategy after learning from her mistakes earlier in BC Superweek.

"I was actually trying to sit on because in the first two stages at the Tour de Delta, I ended up in breaks with two NOW (and Novartis for MS) riders and I messed up a little bit doing too much work," Ramsden said. "This time I wanted to get the win."

It was one of the eight NOW and Novartis for MS riders in second place as Maura Kinsella of St. Louis sprinted by Leah Guloein (Colavita Fine Cooking), who came in third. Guloein, a former competitive rower, runner, mountain biker, triathlete and xterra triathlete, is from Port Moody, BC. 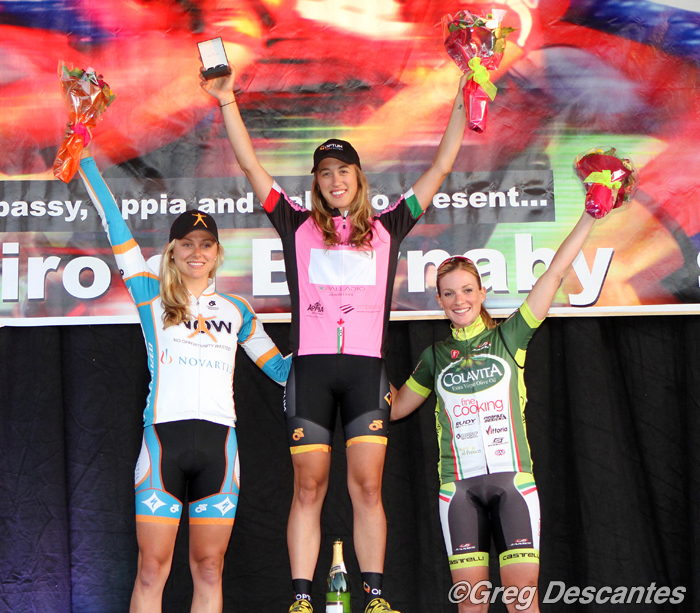