The second edition of the Sprint Abitibi Challenge, at the 44th Tour de l’Abitibi Desjardins, took place before an enthusiastic crowd of spectators on Monday evening.  This year, several sprinters made their mark after three elimination rounds, including Quebec native Edouard Dumas-Longpré, from the André Cycle-Kaycan-RDS formation. Although Dumas-Longpré led the way to the finish line, Canadians Julien Roussel and Peter Vollers Jr. also stood out, by finishing in second and third place, respectively. 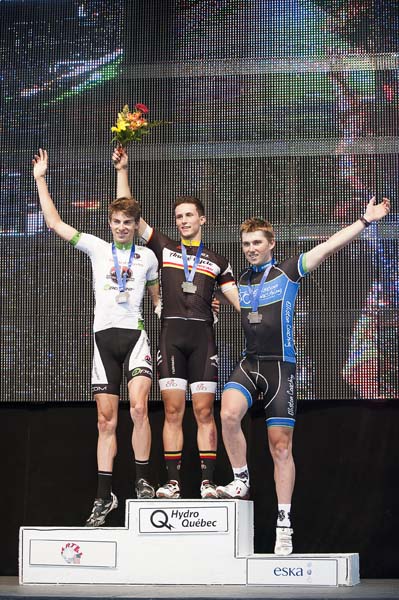 “The Sprint Abitibi Challenge is a good opportunity to identify potential threats earlier in the week, since good sprinters can surprise us at the end of races,” commented Mr. Bruno Gauthier, vice-president and technical director. Indeed, the Sprint Abitibi Challenge put the spotlight on several new cyclists, including Jay Major, member of the GS CycleLife team and winner of the Carribean Junior category, in 2010. 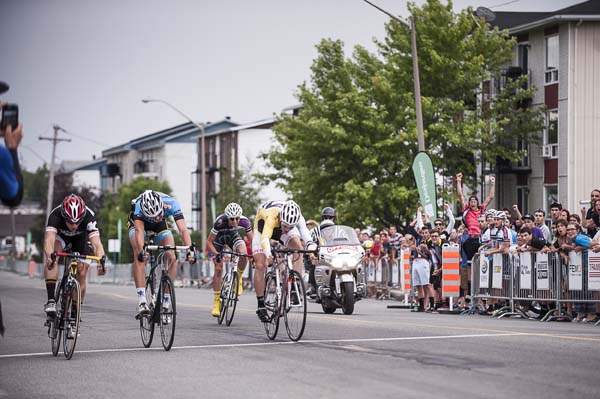 More than thirty people took part in this opening event of the 45th edition of the Tour de l’Abitibi Desjardins, which has become a well-established Tour tradition over the years, with several children and young cyclists from Rouyn-Noranda’s Vélo-Action cycling club present.

This year, nine nations are represented by twenty-two teams, including five national teams. The hilly Abitibi-Temiscamingue roads will certainly be challenging for some cyclists.