Edmonton's Kinley Gibson won a silver medal for Canada on the opening day of the 2013 UCI Junior Track World Championships in Glascow, Scotland. 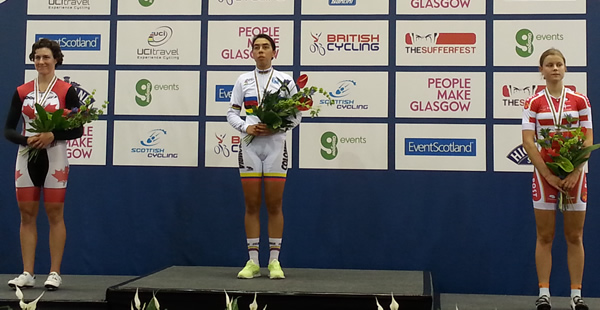 “Kinley lined up for the scratch race today with no pressure; her focus is firmly fixed on later this week. She knew the Colombian girl was dangerous and once she'd seen her escape the group without any response, she took her chance and settled in for 10 laps of focused effort,” said Rob Good, a coach with the Canadian team in Scotland. “This result is testimony to her professional approach and all the work that she has put in throughout the season and especially since mid-June since the Junior track program came together.”

Results from the first day of the Junior Track World Championships in Glasgow, Scotland