Eighty riders braved a steady downpour to benefit charity in the 10th Annual “Kawartha Lakes Classic” Cycling Tour on Sept. 21.  Participants ranged in age from 6 to 80, almost half of whom travelled from outside the City of Kawartha Lakes – some from as far afield as Stratford and Ottawa – to join in the wet fun. 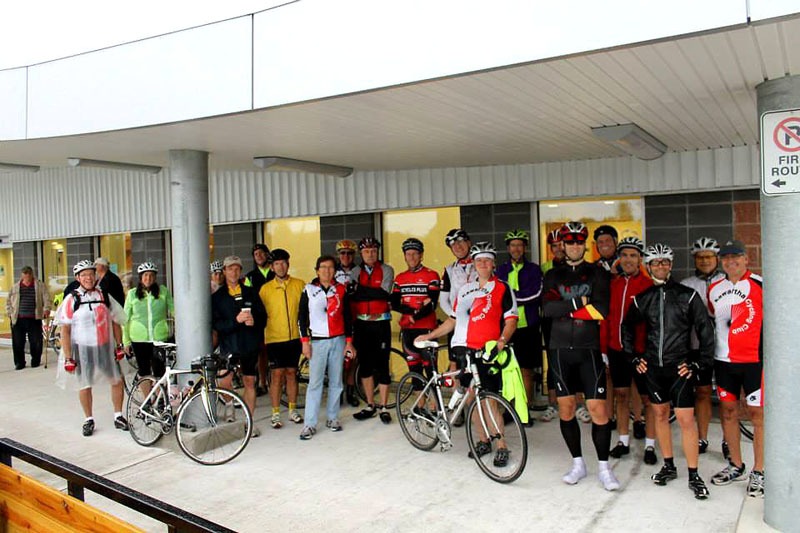 A record-breaking total of more than $7,000.00 was raised for A Place Called Home [APCH], a non-profit organization in Lindsay providing shelter and support services to the homeless.

The day’s top fundraiser was Louise Davison (pictured below), of Kirkfield, who collected more than $1,440.00 in pledges.  Donations continue to arrive from cyclists who intended to participate but were dissuaded at the last minute by the rainfall. 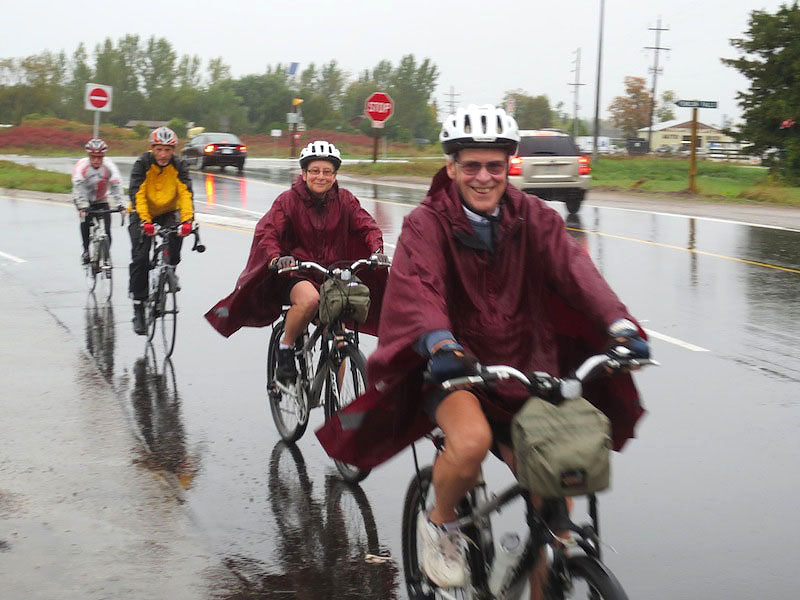 “I am truly amazed by the amount of money raised for A Place Called Home as well as the turnout of 80 riders despite the rain,” said Nicole Bryant, APCH’s Manager of Shelter and Outreach Services.  “The money raised will go to support our core program, the shelter, and will directly benefit all of the 350+ individuals and families that the shelter sees each year.  My hat is off to the Kawartha Cycling Club, the numerous volunteers, and all of the riders who participated in this very successful ride.” 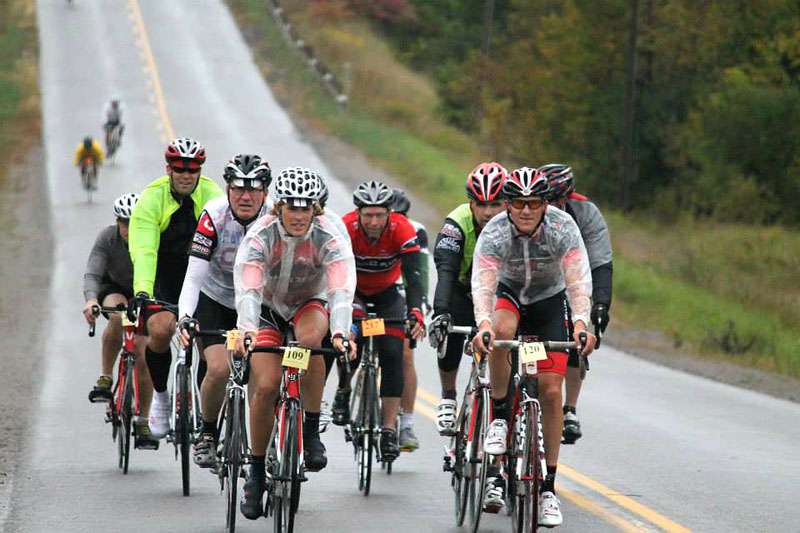 Riders pedaled through the communities of Fenelon Falls, Bobcaygeon, Dunsford, Lindsay, Cambray, and Cameron.  They celebrated the finish with a well-deserved post-ride lunch and prizes.

Following the event, many participants commented on the community spirit and camaraderie among their fellow cyclists, the helpfulness and encouragement of the volunteers who staffed the rest stops, the scenic beauty of the region, and the thoughtfully chosen and well-marked routes.

Stephen Strangway and Doug Elmslie, councillors for Wards 5 and 6 respectively, wished the riders well as they departed and emphasized the valuable role played in the community by APCH.

Regional Map to be Created

Tourism development officer Laurie Bell was also on hand to unveil the latest phase in the city’s Cycle Tourism Initiative: a new map featuring six road cycling routes throughout the region with a corresponding route signage program announced earlier in June.  The maps and signage were developed in partnership with the Kawartha Cycling Club and Haliburton Kawartha Pine Ridge District Health Unit.  They can be downloaded from explorekawarthalakes.com and will soon be available in printed form.

Ms. Bell said that the next phase of the project will focus on drawing more local businesses into the Welcome Cyclists Network , a non-profit program to promote bike-friendly initiatives and cycle tourism across Ontario.

The Kawartha Cycling Club extends a heartfelt thank you to all riders who braved the rain, to ride the 10th Annual Kawartha Classic in aid of A Place Called Home . Their participation help us raise $7000. for the homeless in the City of Kawartha Lakes.