In December we announced the bike shops that you, our readers, chose as the Canadian Cyclist Best Bike Shops of 2013 [see Daily News - The Winners]. We wanted to visit a few of our winners to give you an opportunity to see what made them favourites, and over the Christmas break we stopped by The Cyclery, in Ottawa, Ontario. 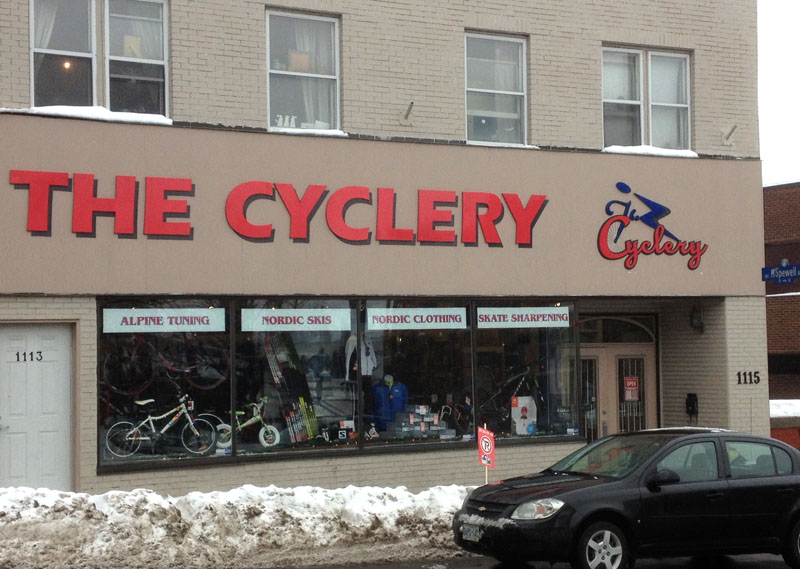 The Cyclery is one of only two shops to have received Best Bike Shop status for both 2012 and 2013, making them rather special indeed (Pedalhead Road Works of Edmonton was the other).

The Cyclery is unique in another way - it does not carry any of the major bike brands. No Giant, no Specialized, no Trek. In this day and age that is a rarity, but owner Vince Caceres purposely steers away from the major brands, citing concerns about becoming too locked into buying programs and, from his perspective, not being able to carry the brands he feels offer the best value and features. 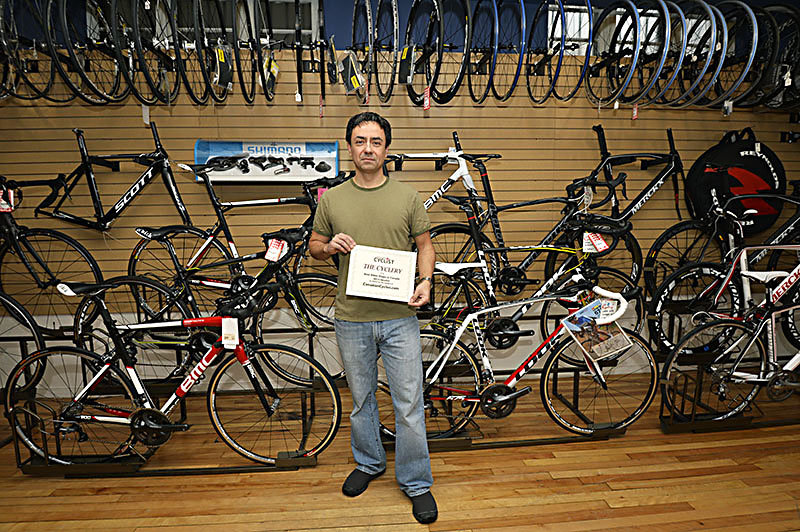 So, at The Cyclery you will see lesser known names, such as Stevens, Eddy Merckx, Look, BMC, Scott, Opus and Pinarello. While you will see mountain bikes, The Cyclery is known more as a road, hybrid and cyclo-cross shop.

Caceres began in the bike industry with another Ottawa-based shop, Full Cycle, in 1997, before going his own way in 2001. Incidentally, Full Cycle was a 2012 Canadian Cyclist Best Bike Shop. 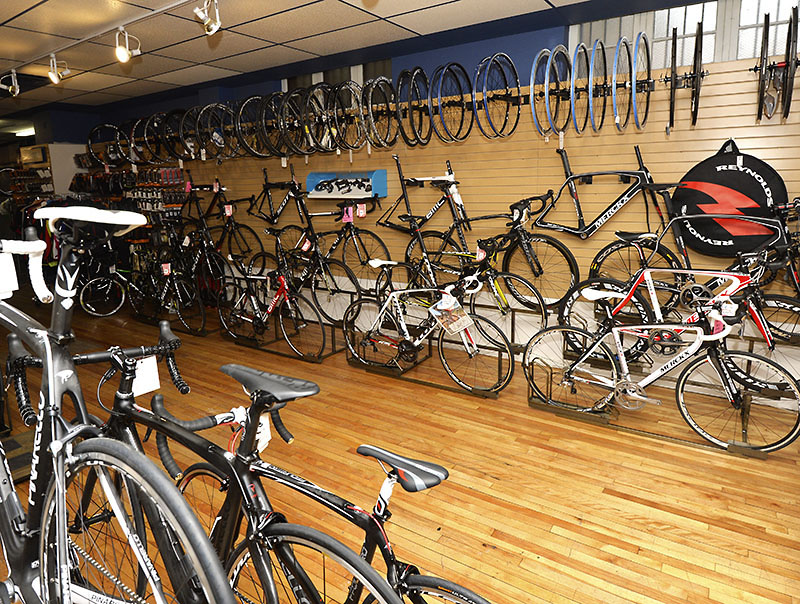 Just south of the Glebe area on Bank Street, The Cyclery moved less than a block from its former location earlier this year, expanding from 1700 square feet to 8000 square feet. The new space is an old supermarket, with the 4000 square foot basement used for onsite inventory and repairs storage , while 3000 square feet of the upper level is display space and the other 1000 for service. The Cyclery has three actual service areas upstairs - one near the front for quick on-the-spot work such as flats, a small one person area at the back of the display space with the high end road bikes and fitting area, and then a full shop at the very back.

Given that The Cyclery is in Ottawa, a city known for its outdoor winter activities, the shop turns over half of its floorspace to cross-country skiing in the winter. The store also has a very active racing program, with a men's and women's road team (Stevens Racing presented by The Cyclery) that Caceres sees as a development squad to feed the bigger North American squads.

In our balloting, voters for The Cyclery spoke about their support of cycling and technical knowledge. Some of the comments:

• The Cyclery is the biggest supporter of bike racing in the region. They have awesome staff, and Vince (the owner) is the man.

• Great bikes, people that ride them well, and they DONATE cash to the local cycling community.

• They have an amazing choice of bikes and any gear that you need. They do exactly what you want in no time. They are the best of the best and they support the best team in Canada: Stevens Racing p/b The Cyclery! Their generosity is amazing!

• Steve Proulx aka "The Magician" - he and the team of mechanics keep us ALL rolling perfectly...

• The owner and staff are always helpful and friendly and it has all the awesome bikes and apparel you could every ask for.

• They changed my wheel from Campy to Shimano in short notice when I was in a panic. Everything worked so well, and the service was exceptional.

• The staff are knowledgeable and down to earth and never pushy. They always get me the right stuff for the job. And even throw in the odd minor repair for free.

Congratulations to The Cyclery, one of our Canadian Cyclist Best Bike Shops of 2013!