Belgium started the cyclo-cross world championships in Hoogerheide, Netherlands, on Saturday with an impressive display of depth, sweeping the podium in the Junior men's race and taking four of the top five spots.  Thijs Aerts took the title, ahead of team mates Yannick Peters and Jelle Schuermans.  Canada's top finisher was national champion Willem Boersma in 28th place, after getting caught behind a crash in the first 100 metres.  Mason Burtnik was 43rd and Sean Germaine 49th.  All finished on the same lap as the leader.

Rain overnight made the course very muddy, and the lead changed a number of times as riders slipped in the muddy off-camber sections.  The crash on the pavement of the starting straight happened right at the front in the center of the bunch, with half a dozen going down and many more caught behind.

The Belgians seemed to avoid it, as did a few of the Dutch, and a group of about ten formed at the front, including Belgians Aerts, Peters, Schuermans, Kobe Goossens and Eli Iserbyt.  Local Dutch favourite Joris Nieuwenhuis and team mate Sieben Wouters also made the group, as did Switzerland's Johan Jacobs and Italian Manuel Todaro.  Struggling at the back was pre-race favourite and World Cup champion Adam Toupalik (Czech Republic), who yo-yo'd off the group before getting dropped on the second lap and finally abandoning.

The Belgians then took control at the front, with Nieuwenhuis the only one to break the Belgian stranglehold.  The Dutch rider attacked mid race and opened a gap of a few seconds on the disorganized Belgians, however, he could not hold the lead on the headwind sections, and was reeled in just before the start of two laps to go as the Belgians formed a team time trial group.  His frequent bike changes (more than the Belgians) didn't help matters.

As the riders began two laps to go, Peters, Schuermans and Goossens opened a gap on Nieuwenhuis, with Aerts marking the Dutchman.  The three looked to be ready to roll away, but Goossens and Schuermans crashed on a muddy descent, allowing Nieuwenhuis and Aerts to catch up and pass, while Peters rode away on the front.

Aerts then put in an impressive effort to bridge to his team mate, with Nieuwenhuis also getting across by the start of the last lap.  Nieuwenhuis then took a bike change while the two Belgians didn't, losing a couple of seconds, which he never got back.  Aerts steadily pulled away from Peters to solo in for the win, while Nieuwenhuis looked to be fading and was caught by Schuermans, who then outsprinted him to make it a fully Belgian podium. 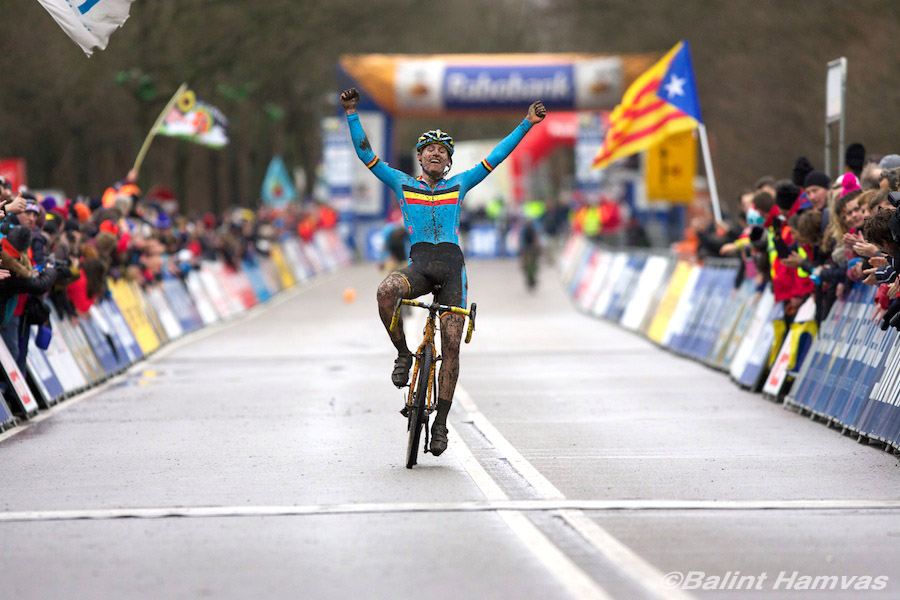 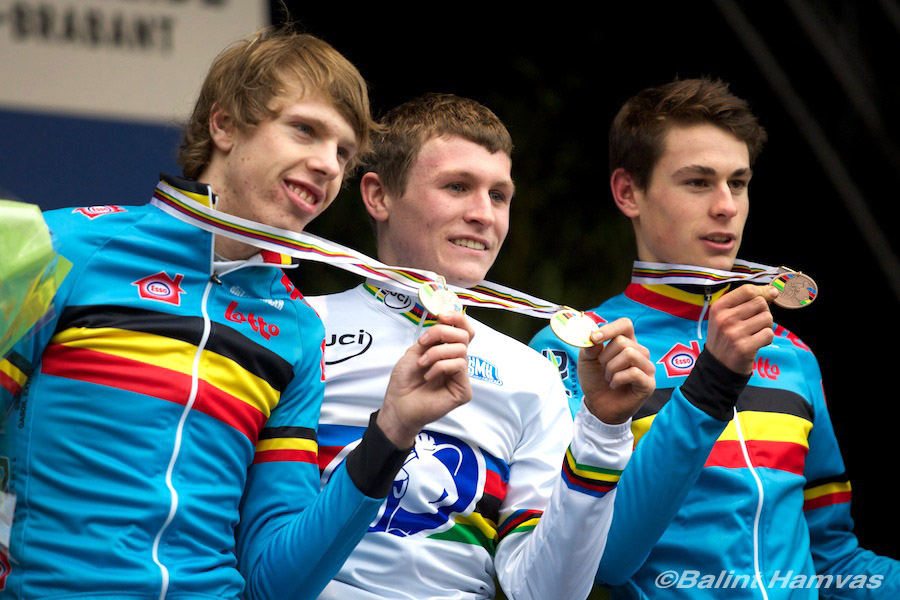 "It's incredible, with three Belgians on the podium," said Aerts.  "The sport is alive in Belgium, I can't believe it.  The climbing section after the bridge was where I could get away, because I could ride when others couldn't.  I still can't believe that I'm world champion, I'm waiting for it to sink in." 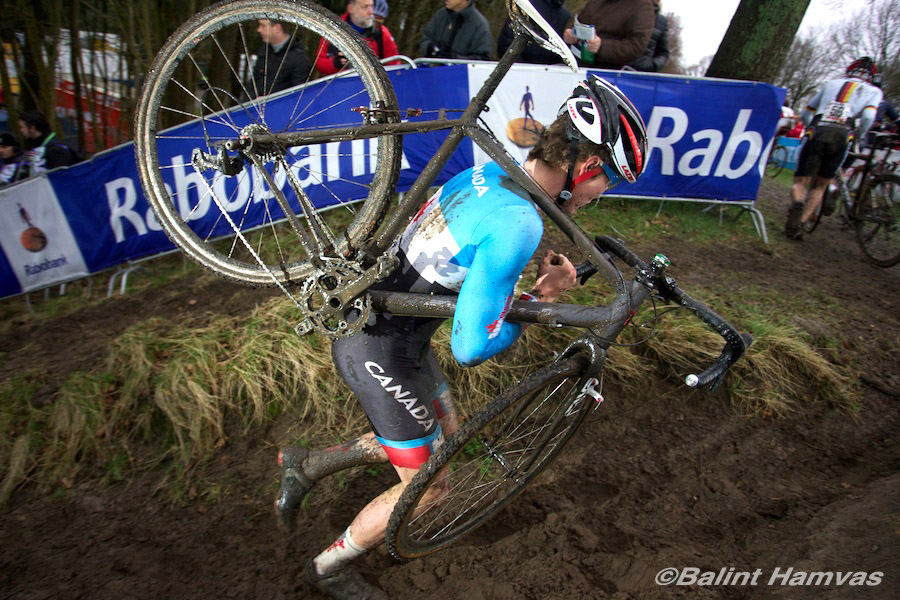 Willem Boersma was pleased to meet his objective of top-30, despite getting caught in the start crash.  "I got caught in the crash at the start and fell back to the 40s.  After that I was constantly progressing up through the field to finish 28th.  I'm really happy, since my objective was top-30.  The course conditions were good and still fast considering the conditions."