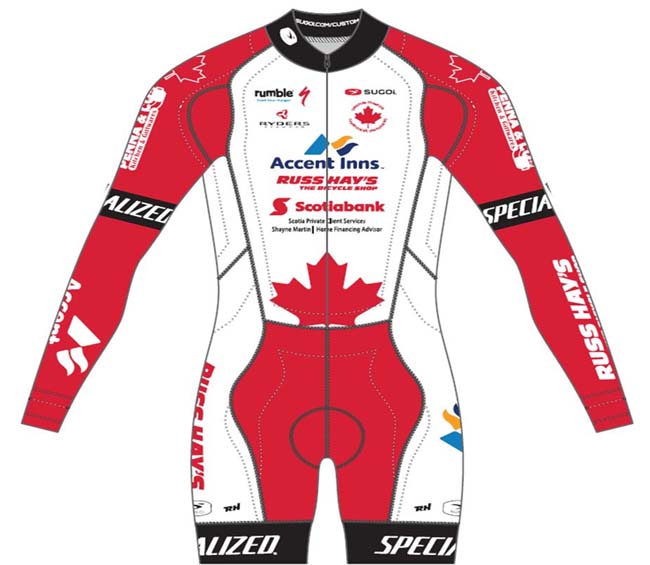 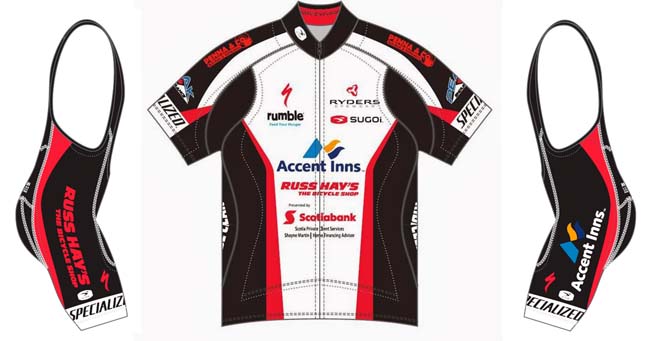 The team will be equipped with Sugoi's award winning RS collection which combines intuitive design with technical materials for peak performance. The kit has include some additional red striping and switched to all black shorts. The kit features the "Ride Clean" logo which is a proactive initiative is designed to communicate a clear stance against doping in sport and to express a call for total transparency with respect to moving forward from the scandals of the past. The launch of the initiative invites the general public to purchase a "Ride Clean" T-Shirt with the "Give Me Performance Enhancing Hugs" tag line.

For more information visit the online Store at www.russhaysracing.com