Nothing has changed in the individual general rankings with Phinney still leader.

Dubai.
"Personally I like Dubai - I've been here already as a tourist once - and it's also very important to test the lead out train to see how well it goes. We've got very good guys, and today it all worked out good so that makes me happy too."

Lead-Out.
"We planned to be in front out of the tunnel, because we knew the wind would be there, so it was a bit calculated that we wouldn't have enough riders in the end, so they brought me to the final 500m and I got on the wheel of Taylor Phinney. He started his sprint early, I waited there… and I'm happy I've won today."

Crossing the finish line first.
"Crossing the finish line first is a very nice feeling, of course, and for me as a sprinter it's important to get the win, but I like to celebrate it as a team win in the end. because everyone works for one goal, and in the end I'm the lucky guy who gets to finish it off. It's always a big relief when we finish first. I can also understand the anger of the riders who finish 2nd. I would be angry too if I wasn't first."

Rivalries among the sprinters.
"I'm trying to go my own way, to follow the goals that I personally have, together with the team. Then we have to see who we have to beat to achieve those goals. Here it's Cavendish, and I can't deny that this race is important because it is an opportunity to sprint against him. At 1.5k we moved up next to his team and Cavendish was still there. I didn't see what happened - I don't have eyes in the back of my head - but personally for me it's much more satisfying if you can beat a sprinter next to each other, when you fight it out and you can see them. It makes it more interesting for the spectators. It's fighting for the win that gives you a lot of excitement, and I like that." 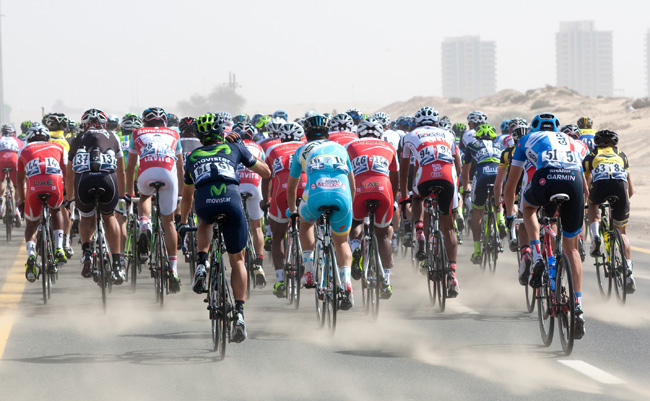 Peloton battles sand and sidewinds in the desert 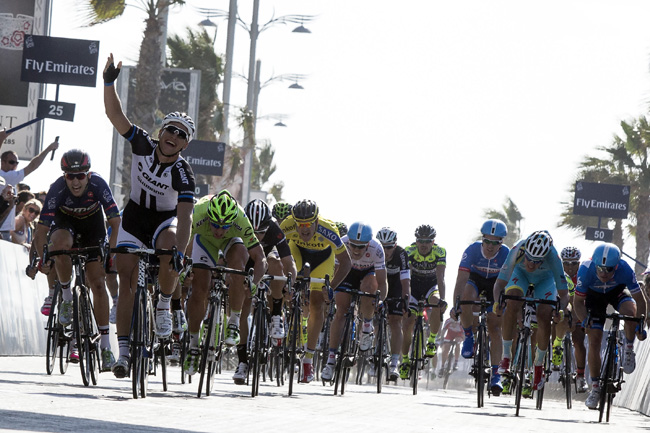