Marcel Kittel won the fourth and final stage of the Dubai Tour, making it three in a row for Team Giant-Shimano.  Taylor Phinney (BMC Racing Team) took the overall win, in the first edition of the Dubai Tour.

It was another seamless team performance, delivering Kittel to the final 200m in a perfect position to take his third stage of the race. 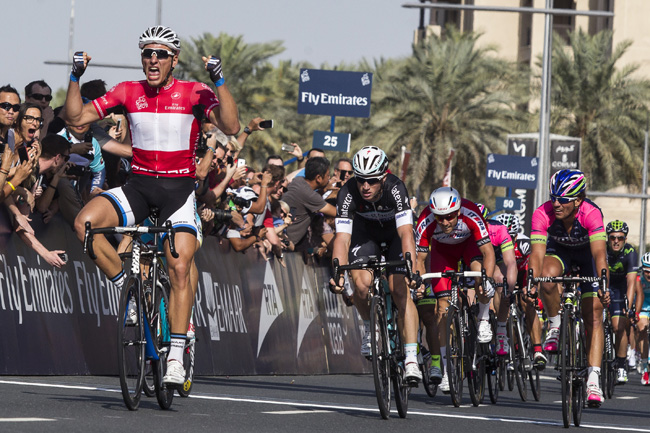 The race panned out much like the previous two, with a small breakaway moving clear early on before being reeled back in the final 15km.

Breakaway killer, Cheng Ji (CHN) did a lot of work on the front to pull the break back and then in the final few kilometres the lead out train took over and put Kittel into position.

"I'm super happy to win again but it was all down to my team, they did another great job here today," said Kittel following the finish.

"I lost the boys with just over two kilometres to go but Tom Veelers (NED) did an amazing job to bring me back to the front and from there they put me in a perfect position.

"It's great to get the season off to such a good start. I had a really strong winter's training with the team, profiting from the experts and coaches and that has set me up in great shape. I knew that I was going well but to win three stages here is more than I expected. It's the best start to a season in my professional career."

Coach, Rudi Kemna (NED) said: "We wanted to take control at the end to be at the front before the last corner. The lead out train came back together just as Tom brought Marcel back to the front and from there they did what they had to do and Marcel did a great sprint.

"I was especially impressed by yesterday's stage and Marcel showed that he has made a good step in his development. It was good to see how the team supported him when it was difficult, showing cohesion and confidence. It's been a great race."

The win secures the overall points classification for Kittel, who takes home his first jersey of the season. 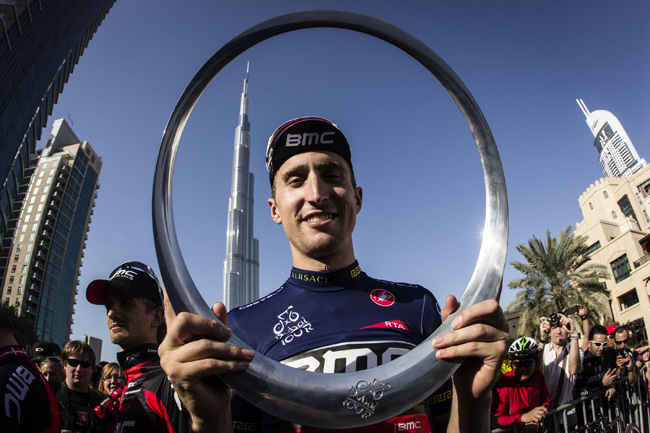 Winning.
"I would consider this my first pro stage race victory. There were no World Tour teams when I won Olympica's Tour in 2010. SO This is a big step for me, to step into the team leader's jersey. It's a role I feel comfortable in and I feel I can slip into it easily. I like being motivational with my team-mates. I love it when you see guys give everything for you. I'm really grateful to them because I've been that guy too: you do the work because it's your job, but also to be recognised for it. Cycling is a team sport, even if I'm the one who is the face of winning this first Tour of Dubai. I couldn't have done it without the team."

The fastest sightseeing tour ever.
"I'm in very good shape already, I can't complain about my legs. Yesterday was I think one of the tough tests for me personally, for my shape, and I made it. Today we had the fastest sight seeing tour ever. It was a really hard stage, and I think I can be confident now for the rest of the season."

First season's goal – achieved.
"For me as a sprinter, I have several goals during the year. It's not only one race, like a GC rider. The Dubai Tour was my first goal, now I go home for easy training before thinking about my next goal. I'm very pleased with how it has gone here, and I don't think my form is too goof, too early. I prepared well for this race, I came straight here from Australia, and I rode the stage finishes so that I knew the stage finishes. That's always an advantage. Yesterday I showed that I can, in the worst case, also do it by myself, when my legs are good. I guess that's one of my strengths as a sprinter."