The ShortHills Cycling Club kicked off the 2014 Mountain Bike Racing Season with their 5th Annual Frostbike - Winter Mountain Bike Race. The event was held on February 16th, in Port Colborne, Ontario, in conjunction with the city's Winter Sportfest. 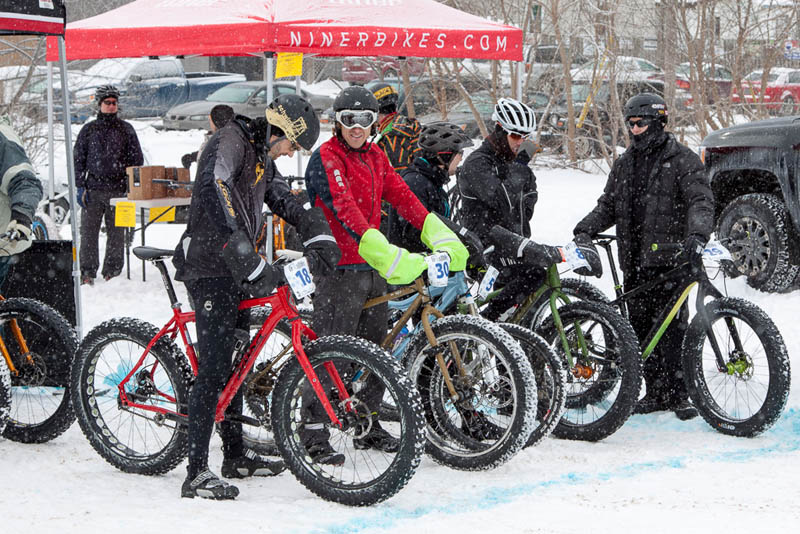 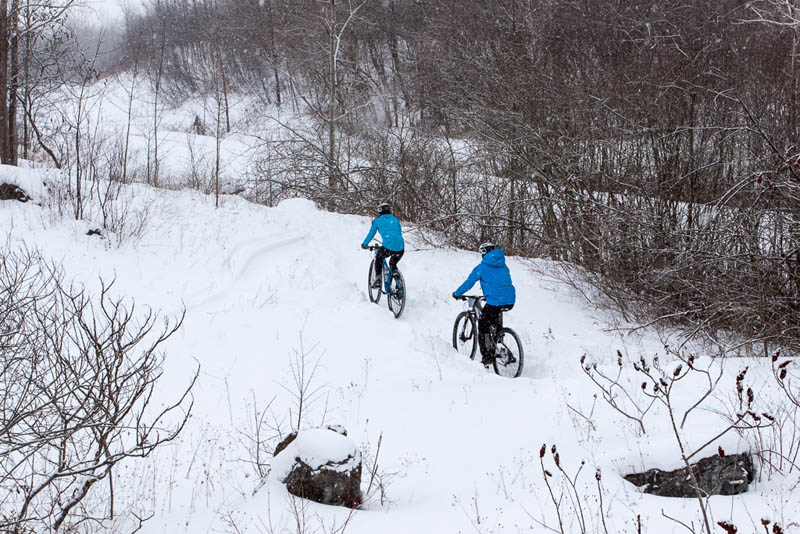 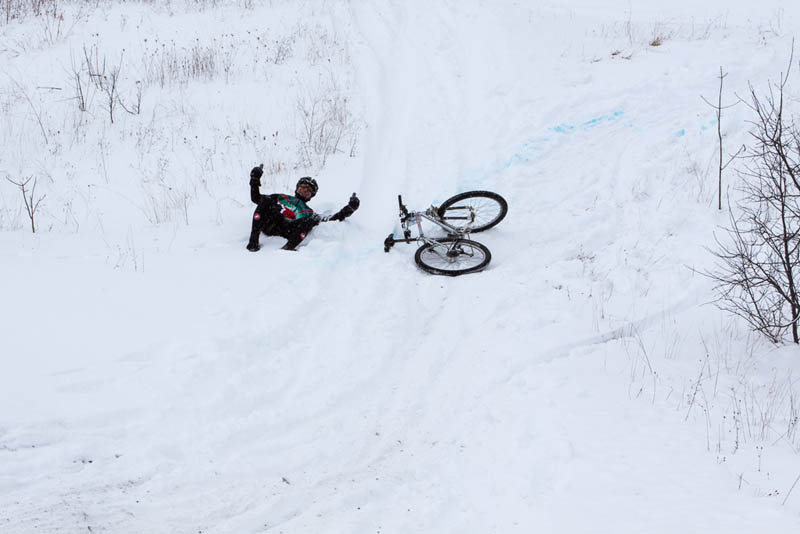 John Cauchi crossed the line first with the fastest time of the day at 30:09, giving his growing team Rock & Road Cycle a win to start off the season. The Queen of Snow, Linda Shin, won her third consecutive crown on the female side with a time of 34:52 on the 9 kilometre course. Congratulations to both of them.

For the first time, this year's race had a category dedicated to fatbikes. A large contingent of the winter wonder bikes turned out, making up for 25% of the registered participants and it was a great year for them. "Fatbikes were definitely an advantage out there," said Jeff Landry who placed third overall.

The heavy snowfalls and the extreme cold temperatures this season made course conditions difficult to manage both from an organizer and rider standpoint.  In preparation for this year's race volunteers used shovels and a snow blower to clear as much of the trails as possible. Organizer Wade Smith said "it's a winter bike race and of course you have to deal with the conditions that are out there." Racers felt the same way and were happy to line up for the challenge. "Loved the course conditions as they were challenging. It's great how different the course can be every year," said Shin.

This unique event is run with a modified time trial format where racers are given two opportunities at their best lap. The catch ... all racers start in self-seeding mini-waves of five to six people. This allows them to not only challenge for the best overall lap time but to race head to head against their friends for what really matters - bragging rights. The event, which is capped at 100 riders, was sold out for the second consecutive year.

The ShortHills Cycling Club would like to thank the Event Sponsors:  The City of Port Colborne, Clif Bar, Schwalbe Tires North America, Road ID, Honey Maxx, The Smokin' Buddha, Liberty Bicycles, Pedal Bicycle Shop, and our hosts The City Tavern. As well as all of our volunteers.