Cycling Canada President John Tolkamp was named earlier this week to the UCI Ethics Commission, the first time a Canadian has been named to this important Commission. We talked with John about being named to the Commission, and what his role will be.

Canadian Cyclist: We didn't receive any warning on this - was it a surprise to you as well?

John Tolkamp: Yes and no. In the early years of my Cycling Canada Presidency I was focused solely on the home front, but as you are aware, in the past couple of years of I have become more involved with the UCI; particularly around globalization and more recently due to displeasure with the UCI's response to the doping crisis and how the UCI was in general conducting business, and the poor image cycling was receiving.

Having been urged over the past few years by a few National Federation Presidents to get more involved and, along with the change in the UCI coming out of last year's Congress [with the election of Brian Cookson as President] bringing a renewed sense of optimism and opportunity for change, the timing and motivation to become more actively involved at the international level presented itself. This led me to highlight last fall a few areas to the UCI administration where I felt I could bring value - the ethics committee being one of them. So it wasn't unexpected, but yes, as I hadn't heard anything, it still was a bit of a surprise when I received a call a few weeks back about the role.

CC: Why do you think you were picked? Is it a reflection of Canada's position on doping?

JT: No doubt Canada's and Cycling Canada's position on doping, along with how the organization conducts itself professionally played in the decision. This is a positive reflection on the staff and organization in itself, and undoubtedly played into the appointment. Personally, I have also had the opportunity to be involved in UCI stakeholder discussions and behind the scenes have been constructively critical with the UCI administration and various members of the management committee on how the federation was approaching various issues. I believe my involvement indicated a genuinely interest in bettering the sport, and my approach garnered trust and demonstrated a propensity for working in a positive and constructive manner. Canadians in general are well respected internationally, which also one would believe has a bearing on the appointment. 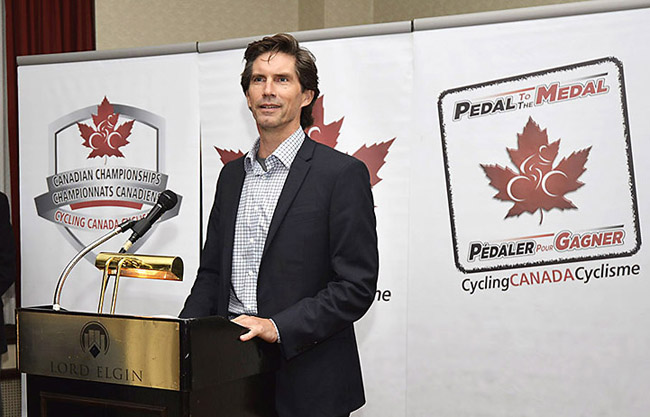 CC: When does the Commission start working?

JT: We began working immediately. As there are new members and a different structure with an external, independent coordinator, we've been focused on coming up to speed on how the Commission operates, understanding the committee's mandate and reviewing old and current files. The members of the Commission span 3 continents and 4 languages, so logistically we have some challenges and have been working through email to date, but we will be holding a conference call soon.

CC: What is the mandate of the Ethics Commission; what are the sort of topics and situations you will be addressing?

JT: The primary role of the Ethics Commission is to ensure the UCI Code of Ethics is respected. This entails receiving complaints, providing guidance and, where necessary, recommending sanctions regarding any infringements. The Code of Ethics encompasses such things as conflict of interest, confidentiality, discrimination, integrity, fair play and the like. The Commission will also look to strengthen the integrity of the UCI by improving the Code of Ethics and related policies, processes, education and training.

I'm honored to have this opportunity to work along my fellow committee members, and look forward to serving the sport and ensuring the UCI is an effective and respected organization.