It is with great enthusiasm that the Transports Lacombe / Devinci supported by ZOOM MEDIA team unveils its team for the 2014 season. The team will hold a national license, and take part in various National and International cycling races this season. 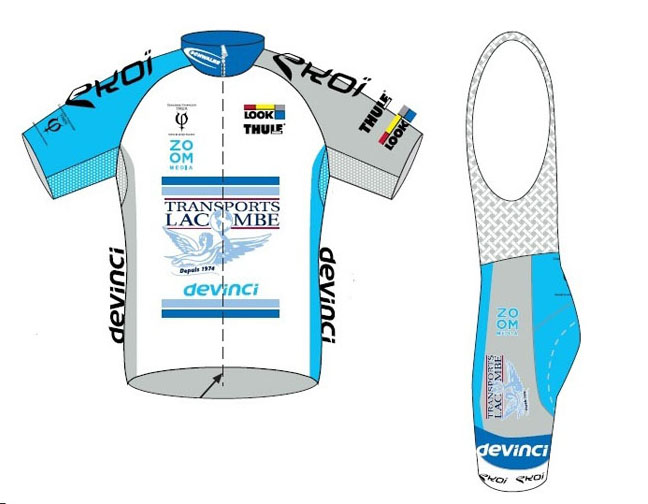 Eleven athletes will represent the organization during the season.

New riders for this year:

To guide the riders, Pascal Hervé, ex-professional rider will return as co-sports director with Stéphane Tremblay. "Pascal's experience is very important for the development of the riders, they are very happy to learn and take profit from his experience. 2013 has been a very difficult season for the team. We learned from our mistakes and we gained a lot of experience. 2014 will rebuild the foundations of the team and give confidence to young riders who aspire always ascend to the highest level of the sport," says Stéphane Tremblay.

Several new races appeared in the North American calendar and the team will try to participate in as many of these events. The team riders must demonstrate their level of excellence to attract the attention of the organizers and obtain the coveted invitations.

To begin the season, the team will take part in the prestigious Battenkill spring classic on April 5-6 in the state of New York. In Quebec, the first pedal strokes will be in Contrecoeur for the third year in a row. Two athletes on the team will have the chance to participate in the prestigious Tour of Morocco from April 4th to 13th; Stephen Keeping and Emile Jean are the lucky riders! In addition, five riders were selected on the Quebec U23 team for a project in California early in the season to participate in two prestigious races - the Chico stage race and San Dimas stage race. The two week project starts on March 20th . The five team riders selected are: Samuel Gagnon, Emile Jean, Yohan Patry, Frédéric Cossette and Marc-Antoine Soucis.